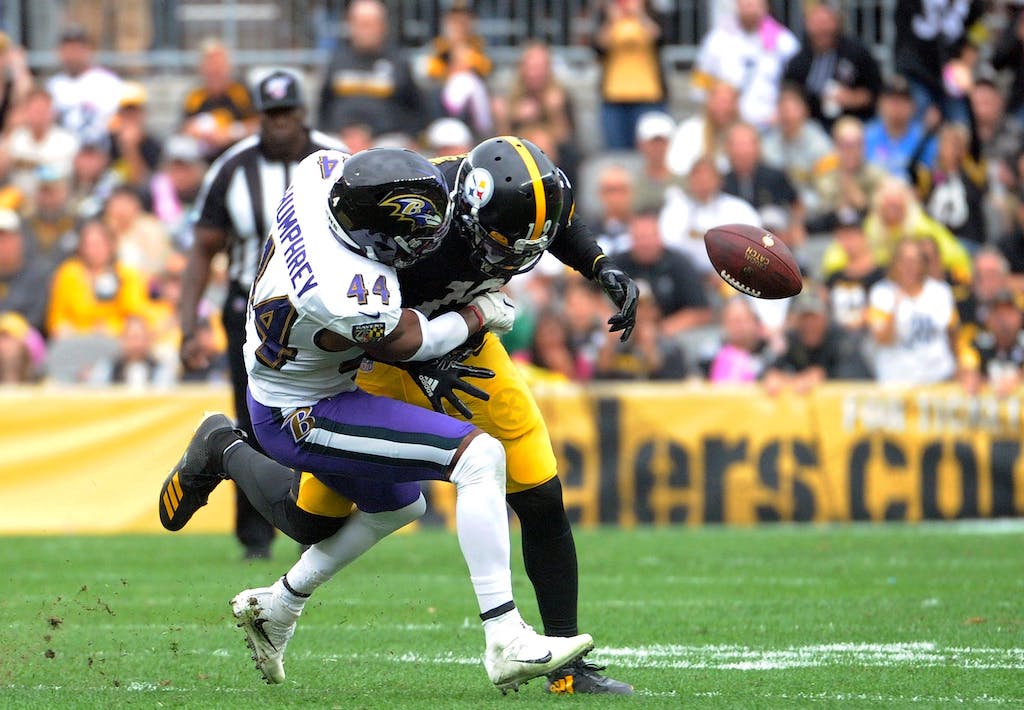 This year’s NFL Draft is deep with wide receivers and that’s going to be a test for Ravens general manager Eric DeCosta because the team needs to add playmakers on the defensive side of the ball.

In the past two drafts, the Ravens have taken 13 players on offense and seven on defense. Baltimore used its first four picks in the 2018 draft and on offensive players.

The defense played well last year despite having one home-grown first-round pick, Marlon Humphrey (2017), on the field for parts of the season. Jimmy Smith was also a first-round pick (2011) but missed seven games with an ankle injury.

Safety Earl Thomas, who was selected by Seattle with the 14th overall pick in 2010, and cornerback Marcus Peters, taken 18th overall by Kansas City in 2015, were the other former first-round selections on defense.

Comparably, the offense had four starters — Lamar Jackson, Mark Ingram, Marquise Brown and Ronnie Stanley — taken in the first round. Tight end Hayden Hurst, the team’s first-round pick in 2018, was a backup to Mark Andrews, a third-round pick that same year.

Defensive coordinator Don Martindale has done an exceptional job with his players. The Ravens finished the 2019 regular season ranked sixth overall among all teams, allowing 207.2 yards per game. Baltimore was ranked third in allowing 17.2 points per game.

Coach John Harbaugh was especially impressed by the play of the team’s front seven, but he admitted the team needs to get better.

“Those guys, all the players up front did a great job,” Harbaugh said. “You can go to Jihad [Ward] and L.J. [Fort], and Matt Judon had his best season. Brandon Williams was dominant, so was Michael Pierce. But all of those guys have different situations and statuses going forward. So, we have to get better just to stay the same, start with that. And then we do want to get better. We want to improve that part of it. That’s really something that’s going to be a target for us. We’re very specific.”

The Ravens biggest need is adding a pass rusher. There are several talented linebackers that could potentially fall to them with the 28th overall pick in the 2020 NFL Draft, most notably Kenneth Murray (Oklahoma), Curtis Weaver (Boise State), Zack Baun (Wisconsin) and K’Lavon Chaisson (LSU).

DeCosta could also look to the free-agent market to add a pass rusher. Some of the top players available include Jadeveon Clowney, Shaquil Barrett, D.J. Reader, Chris Jones, Yannick Ngakoue, Dante Fowler, Arik Armstead and Javon Hargrave. The Ravens also need to decide whether to re-sign unrestricted free agent Matthew Judon, place the franchise tag on him or let him test the market. A franchise tag would cost the team about $16 million, but Judon is likely looking for a higher payday with a multi-year deal.

DeCosta selected receiver Marquise Brown in the first round (25th overall) of the 2019 NFL Draft. Brown had a solid season despite battling a foot injury for most of the year and was second on the team with 548 yards receiving. The Ravens took Miles Boykin in the third round and he had an uneven season after a strong training camp.

Would the Ravens take a wide receiver with their first-round pick if a talented playmaker falls to them at No. 28, such as Clemson’s Tee Higgins? 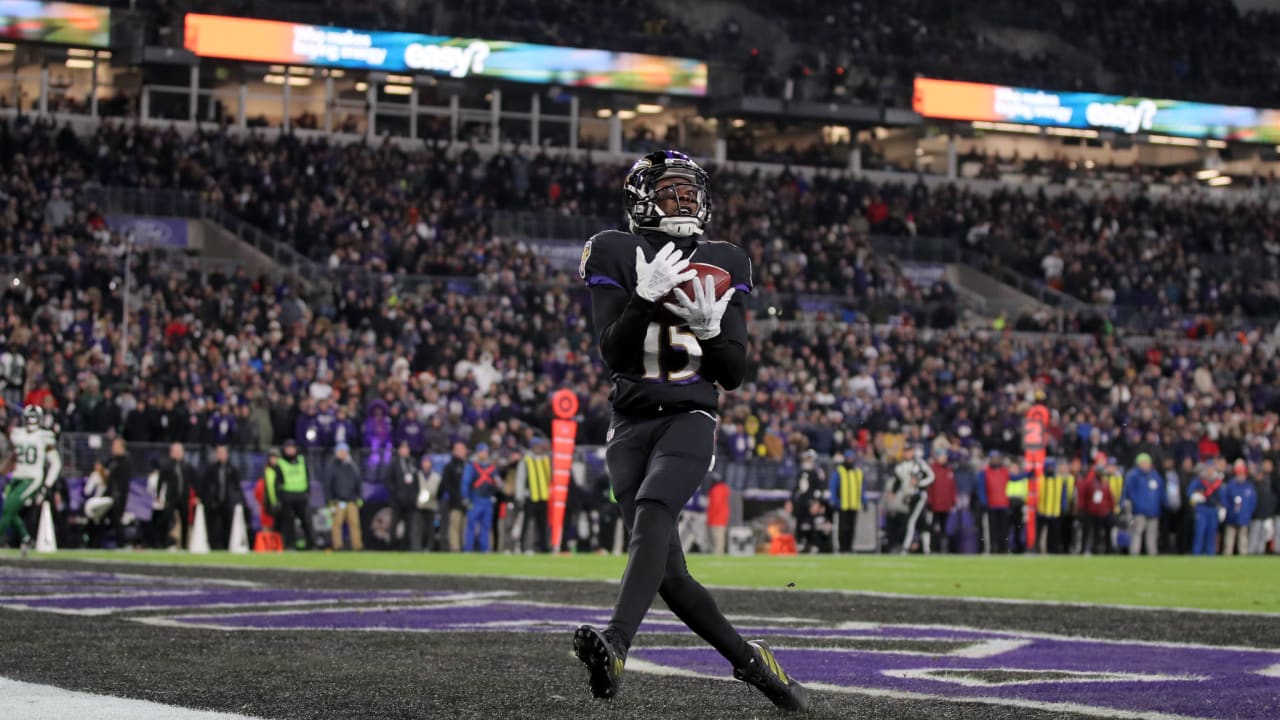 It’s certainly feasible and DeCosta will likely stay true to his draft board, which has mostly been a recipe for success with the exception of a few whiffs, most recently with Breshad Perriman in 2015.

The NFL Draft is always full of intrigue and this year will be no different.

“I know it’s a great year for wide receivers, I’ve been told, in the draft,” Harbaugh said. “Maybe it’s a free agent, maybe it’s a trade. Who knows what it could be? We have a really good feel for the type of receivers we want to bring in. Without letting the cat out of the bag too much, we want a certain type of guy, and we want a certain type of other guy that would fit us. And we’ll be looking hard for those guys.”

There is no shortage of opportunity for the Ravens to get better.