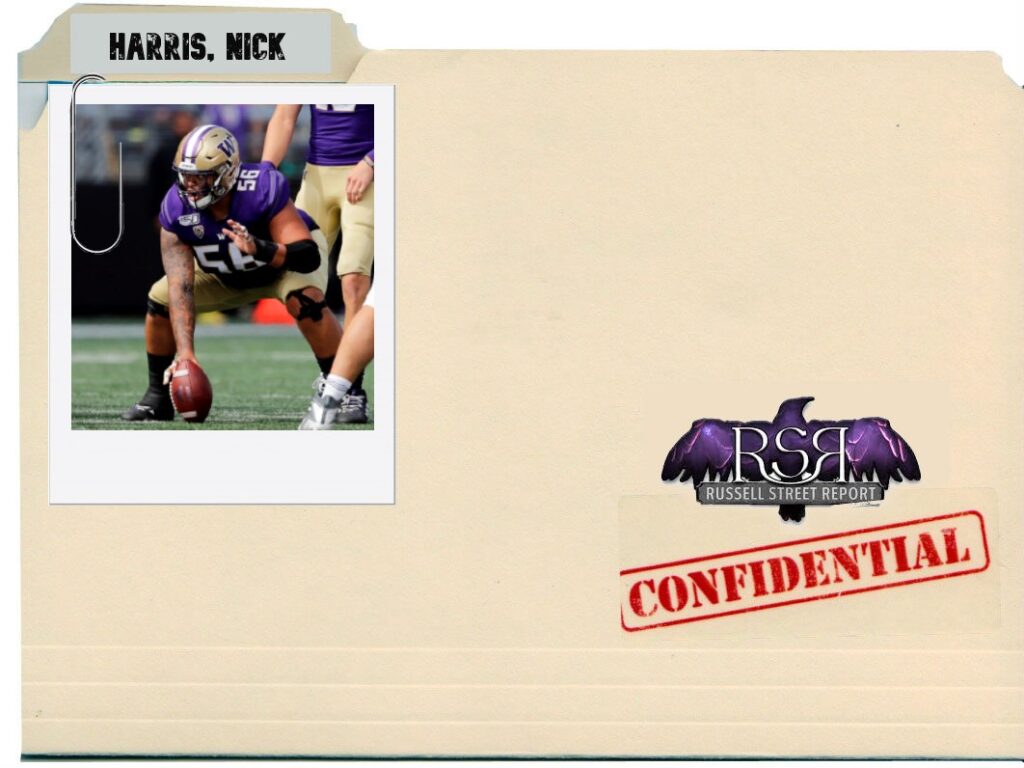 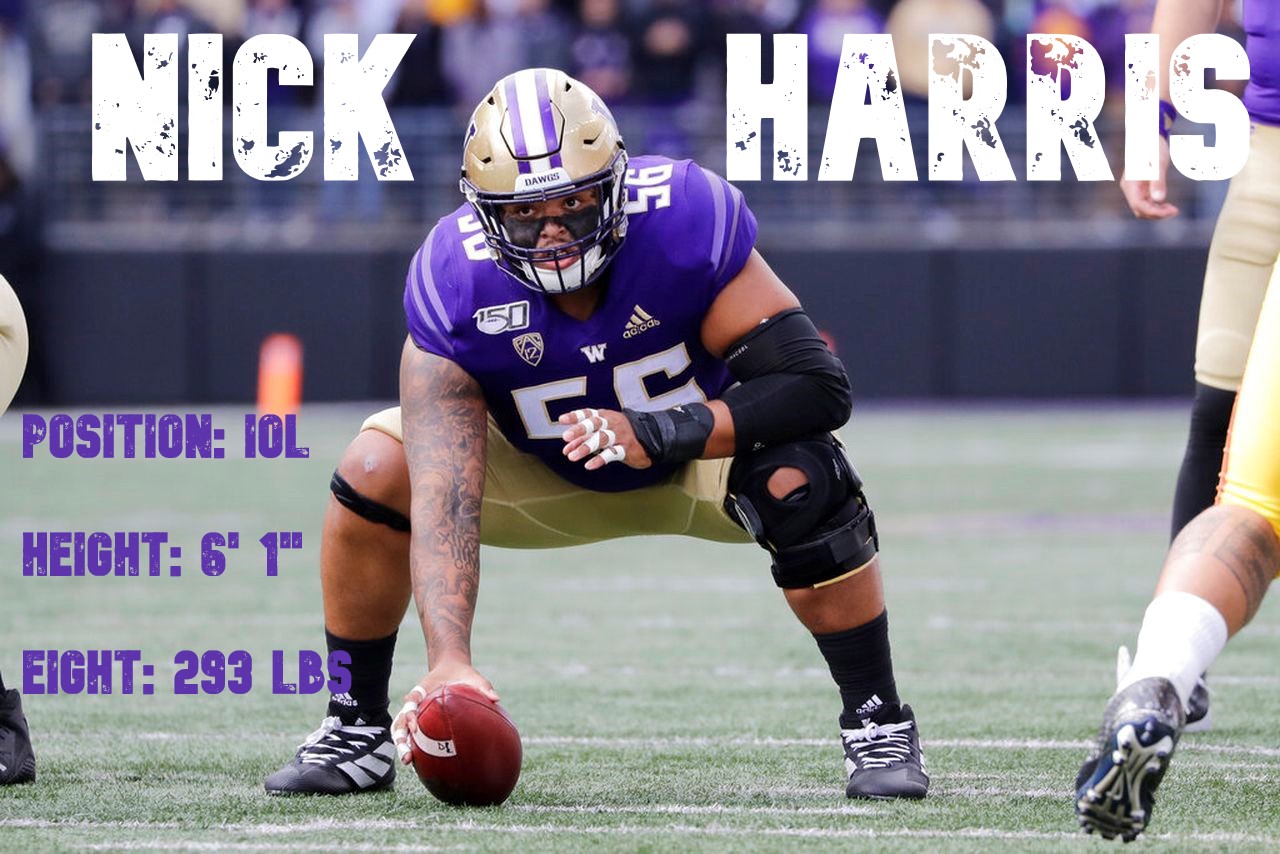 Nick Harris burst onto Washington’s campus as a true freshman, playing in 12 of 14 games including two starts at LG and two starts at RG. He started all 13 games at RG as a SO before taking over as the starting C for his last two seasons.

Holy, can this guy ever move! I wrote highly of Cesar Ruiz’ ability in space, but Harris is even better and is one of the most athletic C prospects I’ve seen in some time. He shows extremely solid balance when he gets out in space, as he coils through his lower body and maintains his posture at the engagement point, which allows him to leverage his man where he wants him to go. Takes strong angles in space and shows a good understanding of where his ball carrier wants to go before helping him get there.

Strong footwork in pass protection, including the ability to provide quick help when he’s uncovered. His hands are solid and well placed with plus grip strength when he engages his man. While he doesn’t necessarily maul level 1 defenders, he has the competitive toughness to maul guys in L2. When paired with his quickness in his combination blocks or getting out in space uncovered, this is a very desirable trait.

Harris has a ton of positives, but he did does come with one negative that isn’t going to be developed and that is his length. Harris only measured in at 6 foot 1, but his arm length being over 32” was actually kind of surprising and may help him in that department. His lack of length did show on tape, as you can see him use his quickness and hand fighting to “get inside” defenders (similar to how boxers work their way inside against longer opponents). His anchor is just okay and he relies on his leverage and pad level to compensate for just so-so power. May be limited to certain schemes given his lack of length and power in the middle of the line.

Harris looks best suited for a strength zone team where he’ll be asked to get on his horse and get out in space regularly. He did show enough to be used in a variety of ways, but he will be best utilized in that type of scheme (think a Minnesota-type run blocking scheme). While the Ravens do use those concepts, and I think Greg Roman could really utilize his mobility, it may not be the best fit given some of the struggles that Patrick Mekari had inside.

Speaking of Minnesota, Harris reminds me a lot of Bradbury who was drafted out of NC State. Bradbury had a little more length, but his scheme fit was very much a wide zone, which is where he ended up in Minny.

I am much higher on Harris than many seem to be. I think he goes early in the 2nd round and could see him getting consideration from teams in the end of R1 like Minnesota, New Orleans and even the Chiefs.