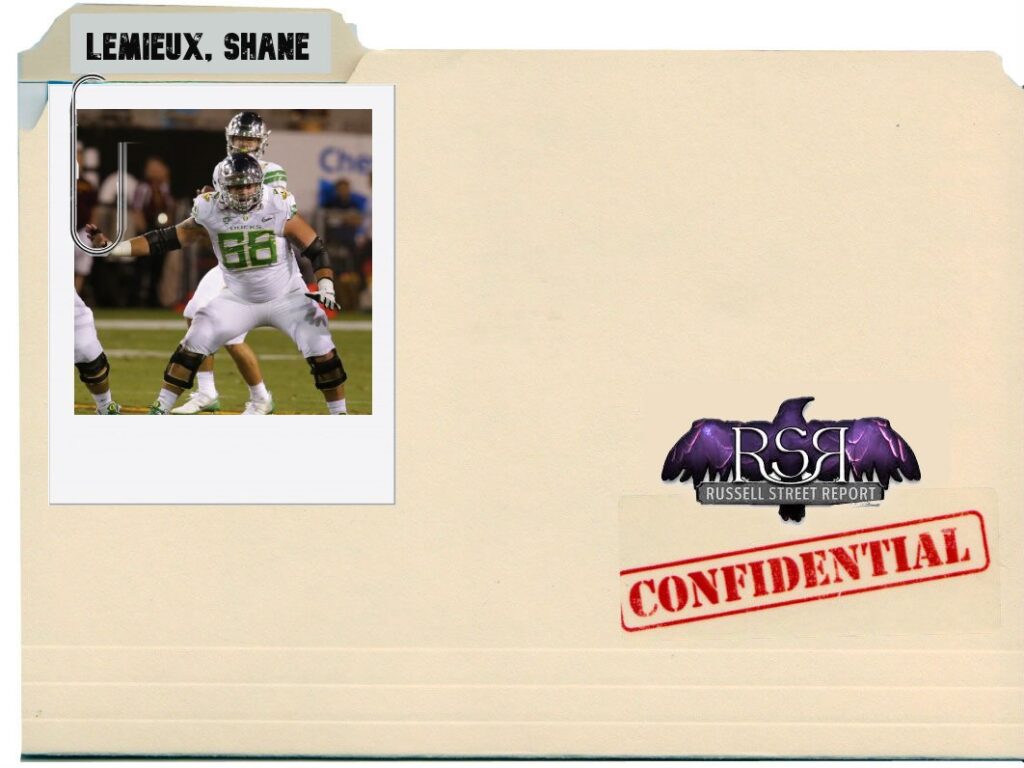 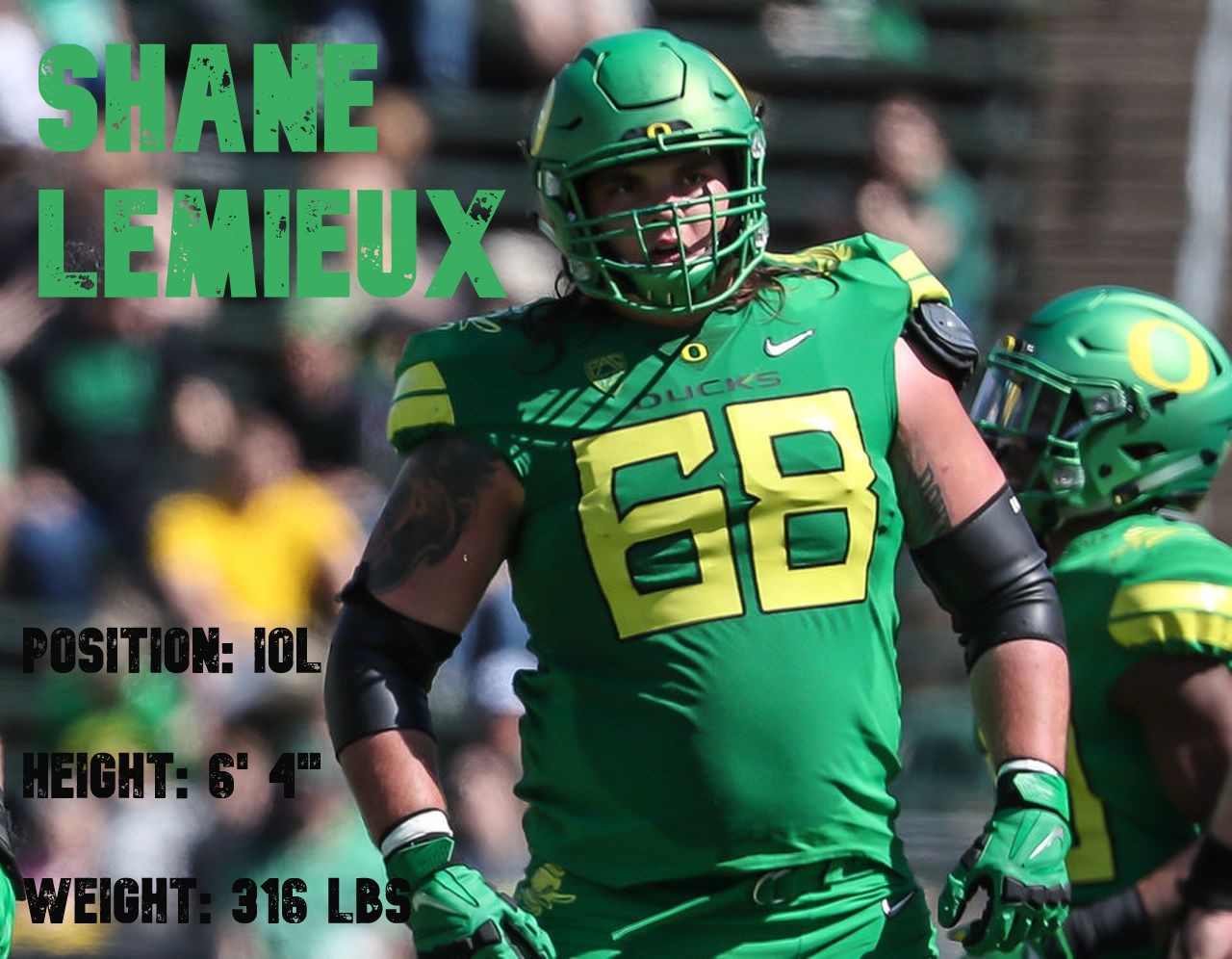 Shane Lemieux joined the Ducks out of Yakima, Washington. After redshirting his first year, he got right into the action and started 52 games straight at LG for the Ducks throughout his four years of active play.

Lemieux’ instincts and experience (52 straight starts for the Ducks) immediately pop on tape, as he identifies his assignments quickly and processes on the move. Playing in an Oregon offense that likes to get the ball out in space, Lemieux used these traits to mask some of his physical limitations by playing with a high IQ and taking smart angles. When he engages his man, he does so with authority and battles throughout the rep, showing good functional strength in his lower body throughout a drive block. I was really impressed with his quick feet while in the drive block.

His IQ transfers into his pass blocking, as he IDs defensive schemes and makes adjustments appropriately. Feet move well and he maintains a strong base with his kick and post steps throughout a pass progression. Lemieux has ideal size for a guard in the NFL and carries his weight well on his frame. He has extremely high durability, toughness and leadership skills, and really comes with all the intangibles to give confidence in how he can develop in the NFL.

Lemieux will get knocked for his athleticism, but quite honestly, it really only stood out on screen plays and some outside zone concepts, but mostly when the zone was designed on a WR jet. The biggest thing to note in space is that he tends to lose his posture when he gets to the engagement point and when he strikes he can lose balance by overextending. Similar to reviews on Ben Powers last year, he lacks flexibility in his knees and ankles, which prevent him from dipping his hips when he engages in space. This also showed up in pass sets. He needs to sink his hips down to take advance of the power he has in his lower body. When he gets his hands on you, he’s vicious, but he needs to be more consistent with his strike timing, especially when he gets out in space.

If the Ravens ran a lot of wide zone concepts, Lemieux wouldn’t be a good fit. However, he shows enough reach in inside zone reps (and would excel extremely well in their power run concepts), that Lemieux should be considered a good fit as a LG candidate. Personally, I think his athletic limitations are overblown, and the fact that he played well in an Oregon offense that thrives on getting the ball out to the edges (as their LG no less), should include some evidence of that, but he is by no means a plus athlete.

Late Round 2/Early Round 3

Lemieux has all of the upside in the world and I think as people dive into his tape they’ll see the athletic stuff isn’t as big of a negative as some are making it sound. It wouldn’t surprise me to see him go in the second round as a team looks for the intangibles Lemieux provides, but his value looks like R3 material with the ability to start Day 1.