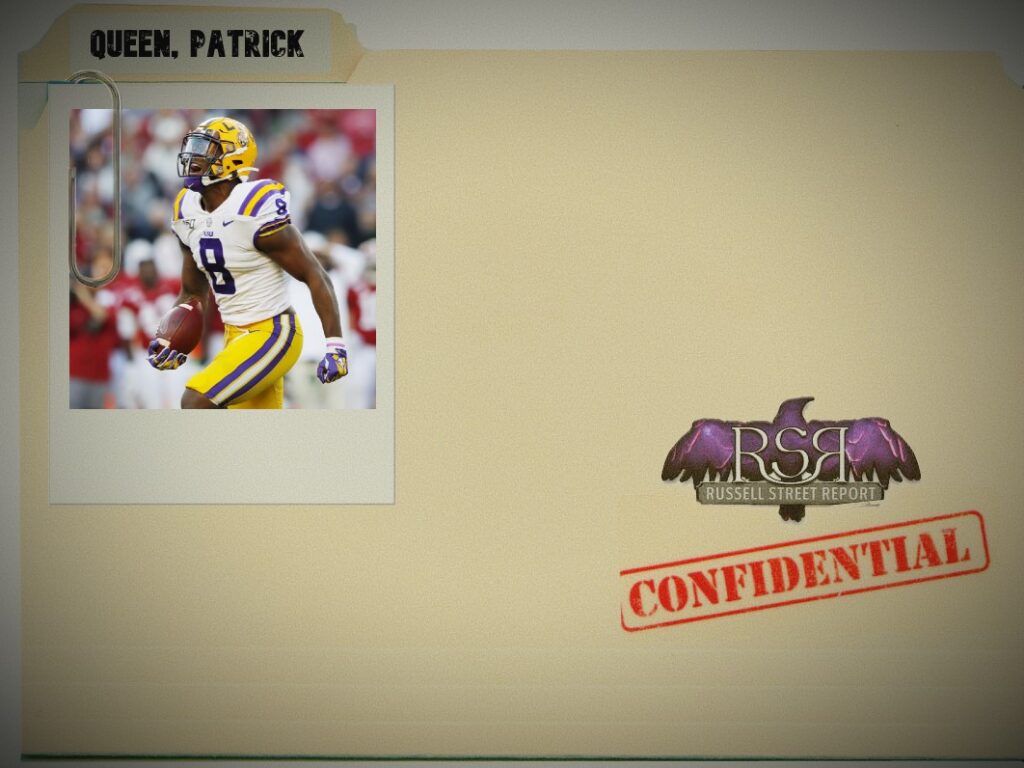 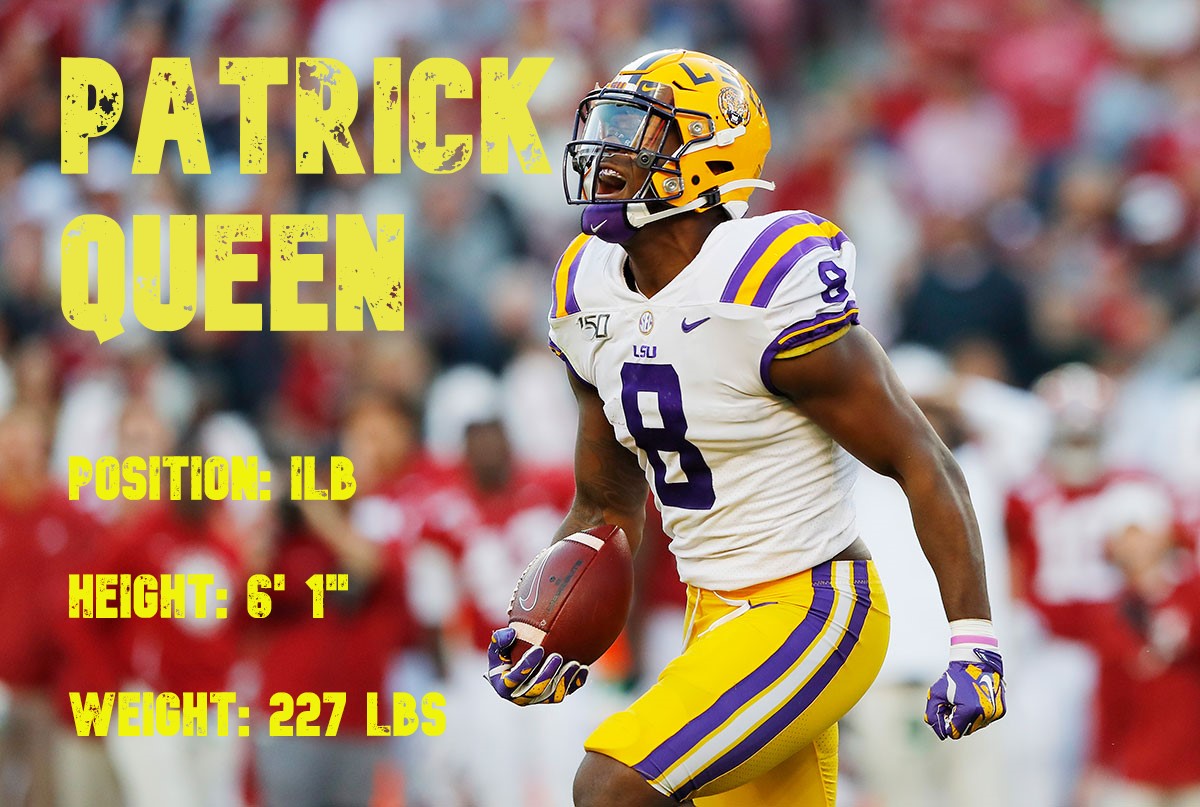 Patrick Queen is a 6’1”, 227 pound ILB from Ventress, Louisiana. Just a one-year starter in Baton Rouge, Queen was named the defensive MVP of the 2020 College Football National Championship. His best position in the NFL is as a weakside LB in a 4-3 defense, but he has the traits to succeed at either ILB position in a 3-4 defense.

Queen is an athletic and explosive ILB with true sideline-to-sideline range. He has a very high football IQ and correctly diagnoses the play on a regular basis. Queen is a quick twitch athlete that uses his speed to regularly beat blockers to the play. He is an effective blitzer who times the snap and shoots the gap on his way into the backfield.

Queen will be a highly effective cover LB in the NFL. His zone drops look fluid and natural. Queen also looked comfortable when he was asked to step out with RBs split out wide. He understands routes and has no problem running with RBs and TEs. Queen is a high-motor player who regularly chases plays down from behind.

His high football IQ and experience helping his teammates line up make him an option to help call a defense.

Queen’s biggest shortcomings are a result of his size. Although his length is helpful, he can sometimes struggle to shed blocks. At a listed weight of 227 pounds, Queen doesn’t have the play strength to regularly succeed against offensive linemen on inside runs. He is generally a good tackler, but has fallen victim to stiff arms enough that it was noticeable on film.

Playing time is tough to come by at LSU, but Queen’s lack of experience means that he may need extra time to acclimate at the next level.

With his sideline-to-sideline speed, Queen projects best as a WILL linebacker in the Ravens’ base 3-4 defense. His well-above-average cover ability would allow him to be a three-down player in Baltimore. With only two ILBs (L.J. Fort and Chris Board) currently under contract, Queen would be a near lock to be a Week 1 starter in Wink Martindale’s defense. Queen could be a game-changing playmaker in the middle of the Ravens defense for years to come.

Like Jones, Queen is a former LSU ILB who came out with just one year of experience as a starter. Both players are highly athletic but slightly undersized. Queen and Jones possess the speed to make plays from sideline to sideline and all the traits to be great cover LBs in the NFL. Jones, who signed a four-year, $57 million contract extension with the Falcons in July 2019, is a tackling machine who has hauled in eight interceptions in four years with Atlanta.

Patrick Queen is a day one NFL starter with a very high ceiling. With great speed, a high football IQ and well above average cover ability, Queen is a prototype of the modern NFL ILB. While there is always a chance that a relatively low positional value could push Queen down to the Ravens, it seems more likely that they’d have to make a trade up to land him in the first round.