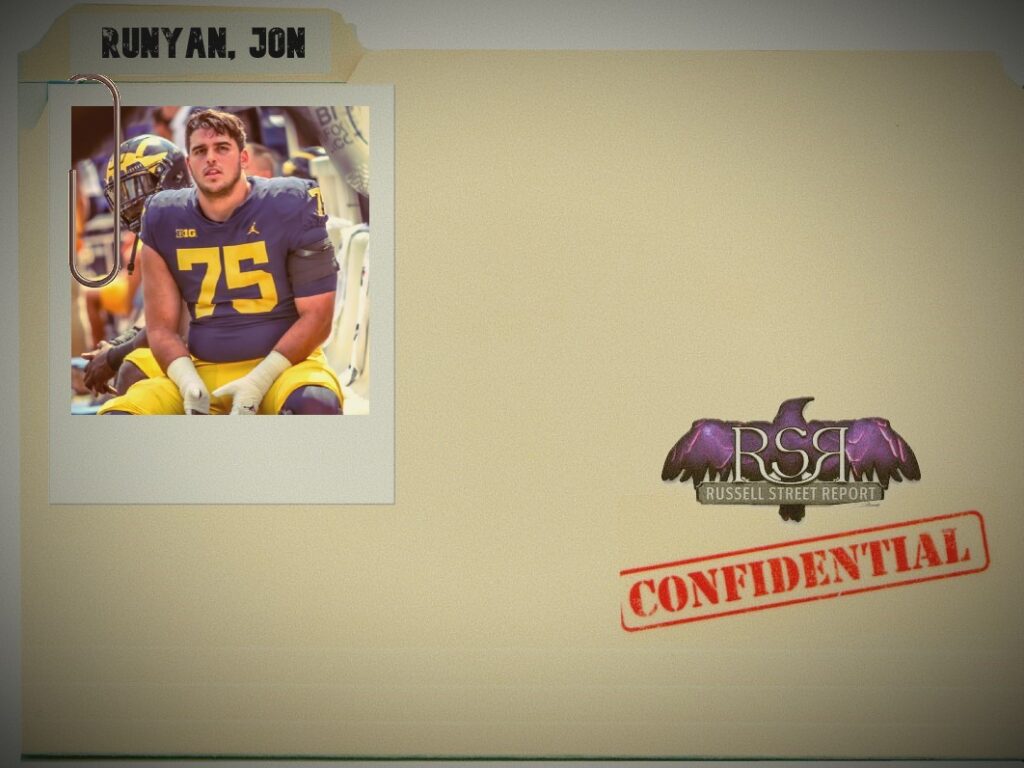 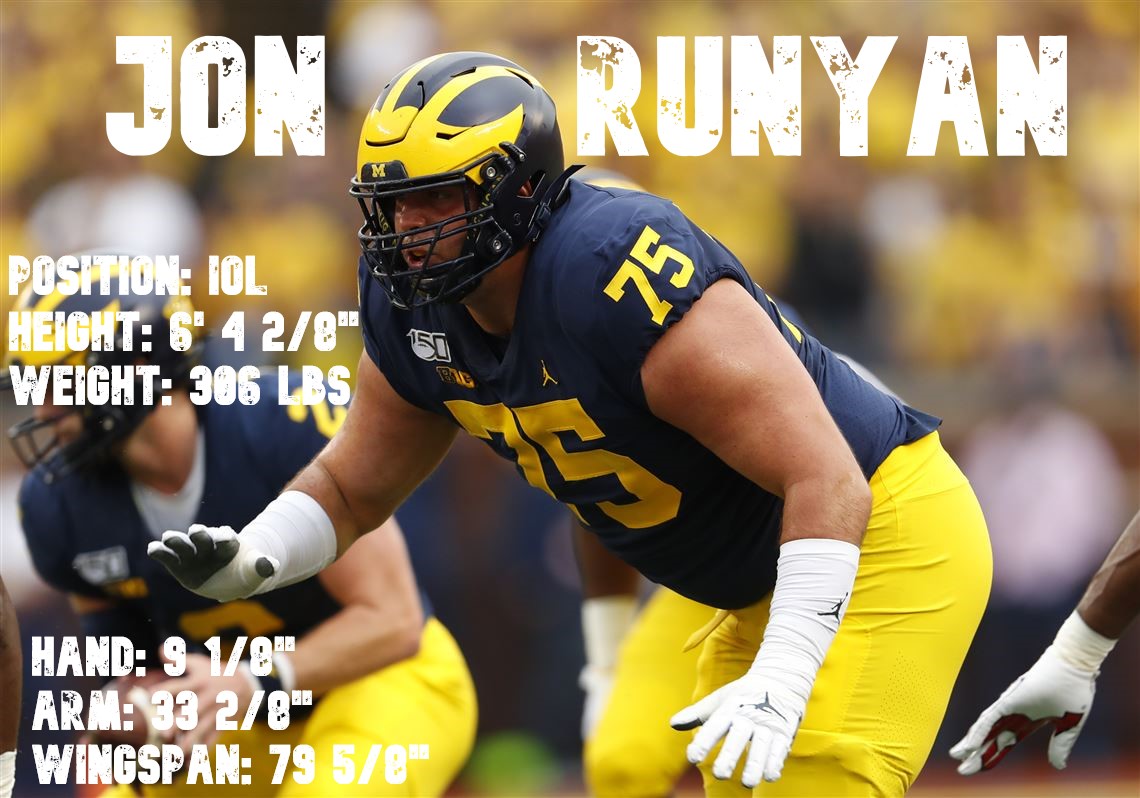 Jon Runyan is the son of former Houston Oiler/Titan, Philadelphia Eagle and San Diego Charger offensive tackle Jon Runyan Sr. Runyan followed in his father’s footsteps to the University of Michigan by way of St. Joseph’s Prep where he didn’t get his first starting gig until his senior year. As a SR, Runyan started all 13 games for the Wolverines.

Runyan shows natural tendencies as a true technician, particularly in pass protection. His technique is strong and his kick and post steps are executed with efficient pace and quickness on every rep. He displays solid athleticism as an OT which should only increase if he’s moved inside at the next level. Runyan showed a nice ability against speed rushers who attacked his outside shoulder as he would place his inside hand on their inside hip and ride them out of the pocket showing advance IQ for the position.

In run blocking he gets out in space well and moves with good pace. Despite not being the most powerful blocker he shows a strong understanding of where the ball is going and attacks the proper angle on the defender.

Jon Runyan has a lot of tools at his disposal, but his lack of execution is apparent on film. He knows how he needs to attack his man in both run and pass sets, but he lacks the ability to do so at a high level. He lacks the strength required when he engages in a drive block and he gets overpowered on bull rushes from outside rushes. He also appears to lack strength in his punch, as it will land effectively, but doesn’t push the needle in preventing rushers from moving forward.

Runyan will need a few years in an NFL weight room to mask some of these issues.

The Ravens have a number of interior linemen at their disposal, but what they lack is a swing tackle who can provide depth inside and out the way James Hurst has. Given that they have bookend tackles in Orlando Brown and Ronnie Stanley, a guy like Jon Runyan can be brought along slowly and play a developmental role.

Speaking of Hurst, Runyan reminds me of another guy who slid inside at the next level and provides depth across the line. Like Hurst, Runyan will require some development, but could be a good addition to a Ravens OL group that will allow him time to do just that.

Runyan has some great reps as a natural pass protector and he shows enough flashes to make a late round selection warranted as a developmental player.