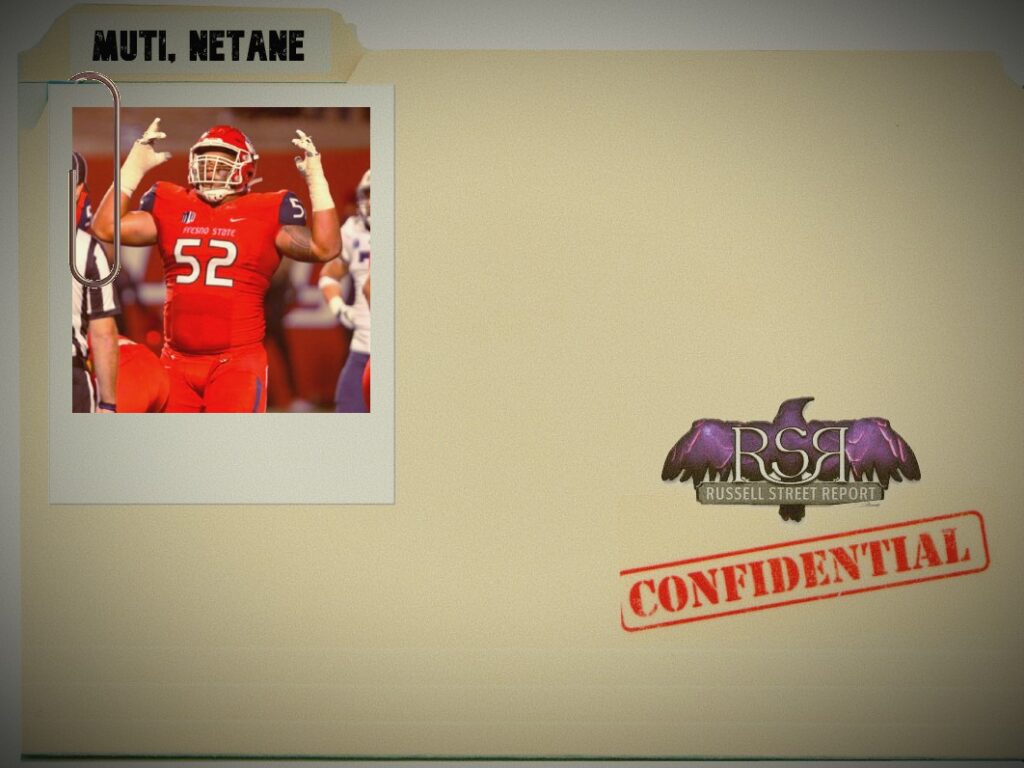 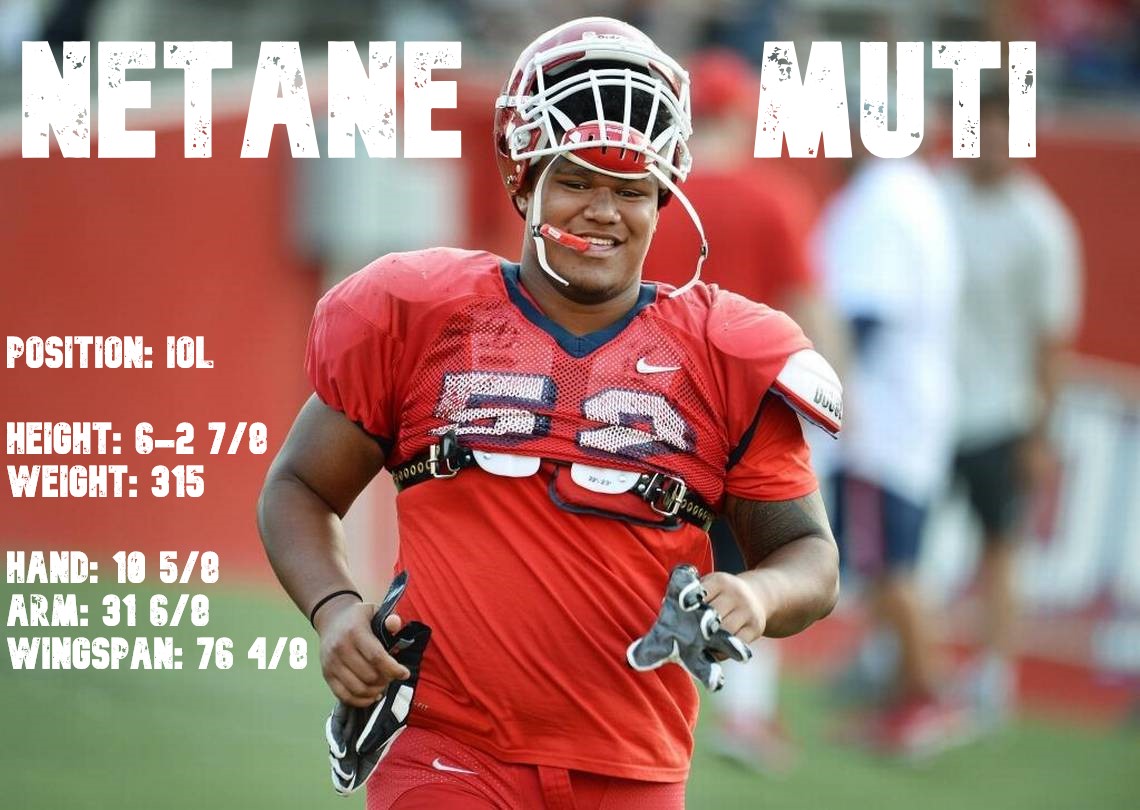 Netane Muti was born in Tonga, but grew up in Hawaii before heading to Fresno State for his college career. Muti fought injuries his entire career as a Bulldog with his 2017 RS Freshman season being his only full year. He started two games as a LT in 2018 before suffering a season-ending injury and only saw three games in 2019 as a Junior before exiting for the season.

You can’t teach tenacity/willingness and that’s what Muti brings to the table on every rep. He wants to finish his man in both run sets where he can be seen driving to the whistle, and in pass sets where he frequently will finish his man on the ground. In space Muti moved well and showed a strong ability to combo block into the second level. He also showed a strong punch in pass protection that helps compensate for some mediocre footwork.

He plays pass sets with solid posture and it allows him to coil strength through his entire body to absorb contact and drop his anchor. Plays with strong hands that land with power when they’re paired with the correct posture.

Durability is the major concern with Muti. Tape is limited and that’s from playing few games due to numerous injuries. While everyone wants to see a tenacious run blocker, the other side of that coin is that it leaves players vulnerable to overextensions and poor body control through the rep. Muti’s attempt to drive every defender forces him to play with his hands ahead of his feet and leads to forward leans which can compromise his blocks. He often has a hard time catching his feet up to his upper body and he often plays with more upper body strength in run blocking (note: this isn’t’ as much an issue in his pass protection). This will be a major concern as he could fall victim to push-pulls on the inside and it appears to be a habit on film. Muti appears to lack some length on film and he has to “get inside” with his hand usage. He does it effectively, but it will be harder at the next level against longer NFL opponents.

The Ravens require a LG that is versatile enough to run a combination of power and zone concepts. Muti definitely appears to be scheme diverse and shows enough strength throughout his body to project the ability to clear out gaps in power concepts.

Much like Mason, Muti is a tenacious run blocker who can move bodies once he engages his man, but he lacks length and loses balance from his own tenaciousness.

I’ve been told I’m too low on Muti, which I can understand because there’s a lot of potential there, but the best ability can be availability. Muti hasn’t been able to stay healthy and shows enough technique deficiencies to suggest he may need some seasoning before taking on a starting role. It’s going to be difficult to do that if he continues to battling injuries which lowers his grade on my board.