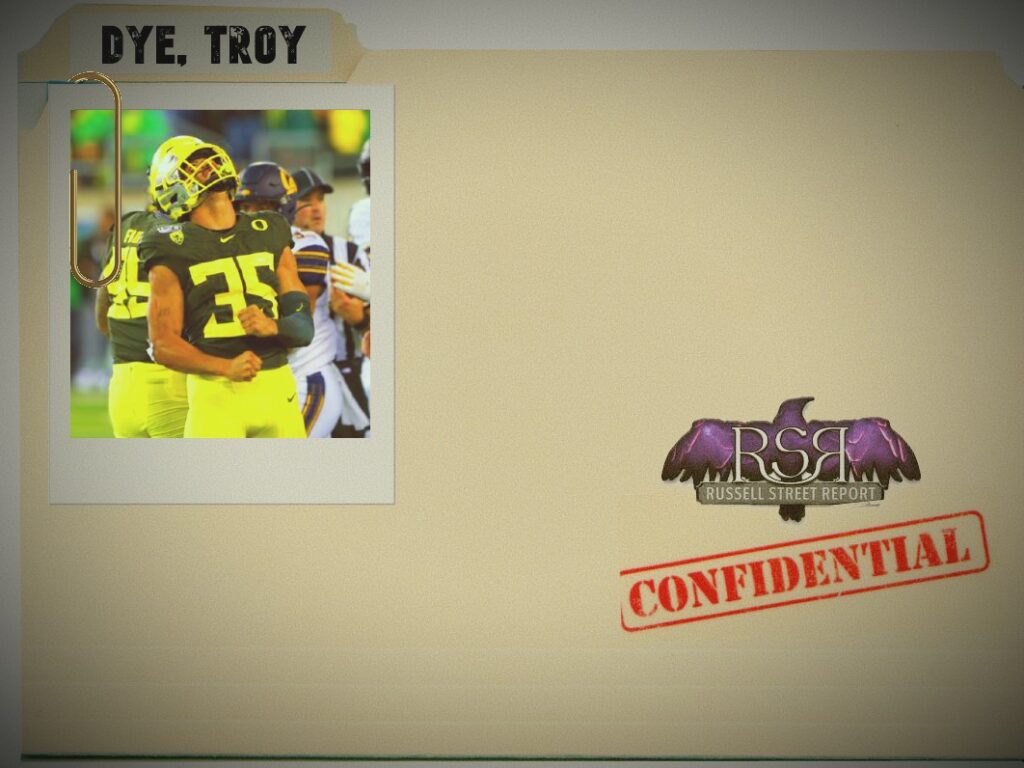 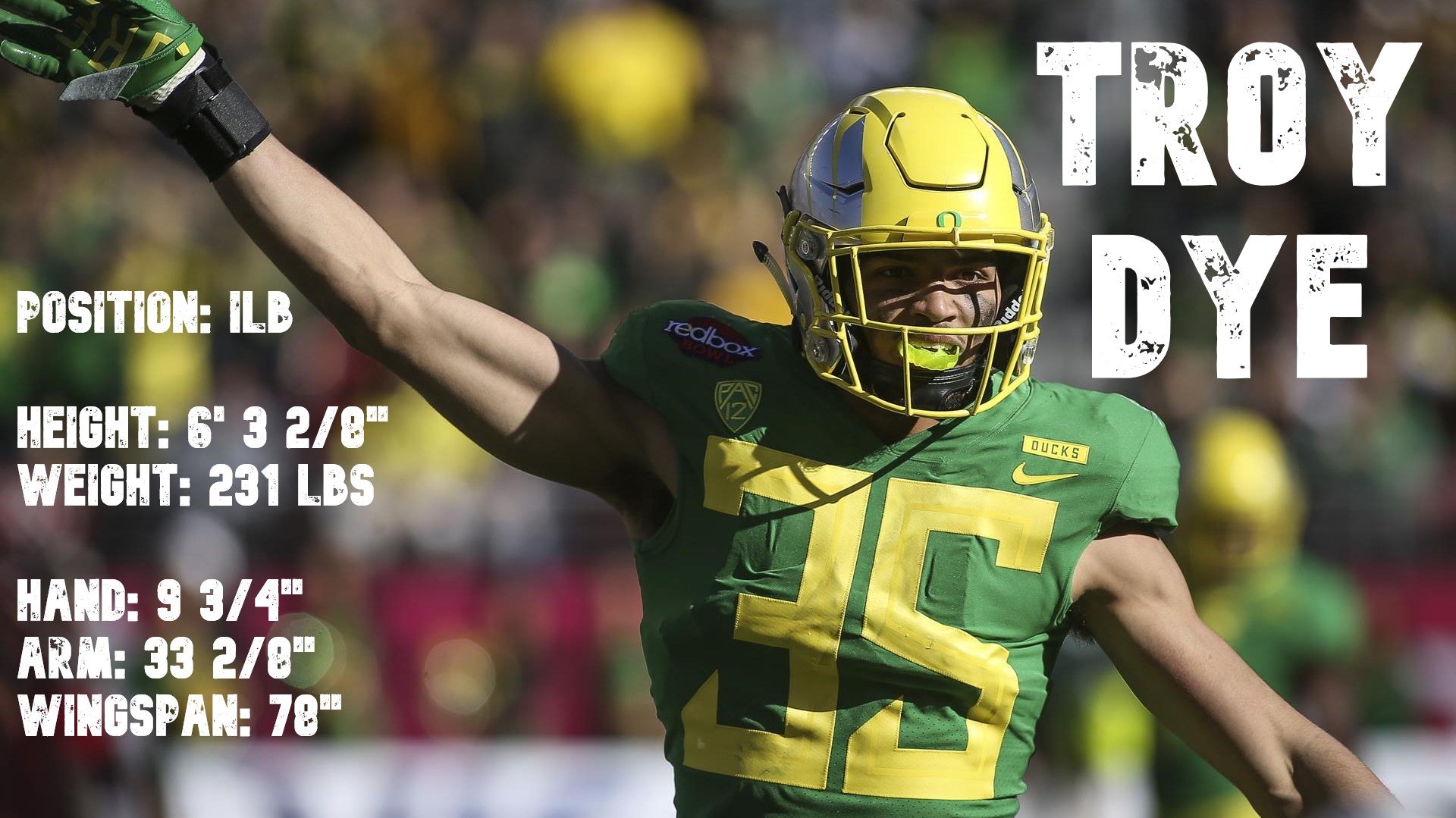 Troy Dye is a 6’3”, 231-lb ILB from Norco, California. A four-year starter at Oregon, Dye led his team in tackles in all four seasons. Dye best projects to the NFL as a weakside LB in a 4-3 defense where he’d be allowed to run down plays and help in coverage.

Dye is a long ILB who was highly productive in four seasons as a starter for Oregon. He has all the speed and athleticism required of a well-rounded, modern NFL ILB. Dye has excellent burst and true sideline-to-sideline range. He had excellent sack production for an ILB. From the second level, Dye flashes the ability to anticipate the snap, split offensive linemen and affect the QB. He also demonstrated the ability to rush the passer from the edge on obvious passing downs.

Dye has the speed and length to be an asset in coverage. His zone drops look natural and he can stick with TEs in man coverage. Dye’s experience is hugely impressive and he proved his toughness by playing through serious injuries.

Dye’s athletic profile gives him the potential to be an excellent special teamer.

[Related: See ALL Our Scouting Reports at Ravens Draft Central!]

Dye’s biggest limitations are a direct result of his size. He has a thin build and needs to put on weight. In part due to his below-average functional strength for the position, Dye often struggles against runs between the tackles. He struggles to get off blockers and make the play. In an effort to avoid blocks, Dye rarely attacks downhill. He regularly catches blockers and gets taken out of the play.

On plays outside the box, Dye frequently takes poor angles to avoid blockers. Despite excellent tackling numbers, Dye doesn’t bring a lot of power to his tackles and often drags players down by their ankles. Dye has all the tools to be effective in coverage, but needs more experience in man coverage.

With his speed and range, Dye projects best as a WILL linebacker in the Ravens’ base 3-4 defense. With some coaching and time in the weight room, his cover ability would give Dye the potential to be a three-down player in Baltimore. With only two ILBs (Fort and Board) currently under contract for the Ravens, Dye could compete for early playing time in Wink Martindale’s defense.

Dye would be expected to contribute immediately as a core special teamer.

Like Lee, Dye is a highly athletic but lighter than ideal college ILB. Lee and Dye both had immediate success at big time football schools and garnered Freshman All-American accolades. Both players possess sideline-to-sideline speed and better than average cover ability for the position. Despite scouting reports that touted his cover ability in the pre-draft process, Lee has struggled with pass coverage in the NFL and had his 5th year option declined by the Jets.

Troy Dye is a prospect with a chance to develop into a solid starter in the right scheme. His athleticism, length and cover ability give Dye the high upside that NFL teams will take a chance on in the middle rounds. If, however, he’s unable to add some much-needed weight, Dye will struggle to reach his full potential.

While another team may fall in love with his potential and select him earlier, the Ravens should consider Dye an option in the 3rd or 4th round.