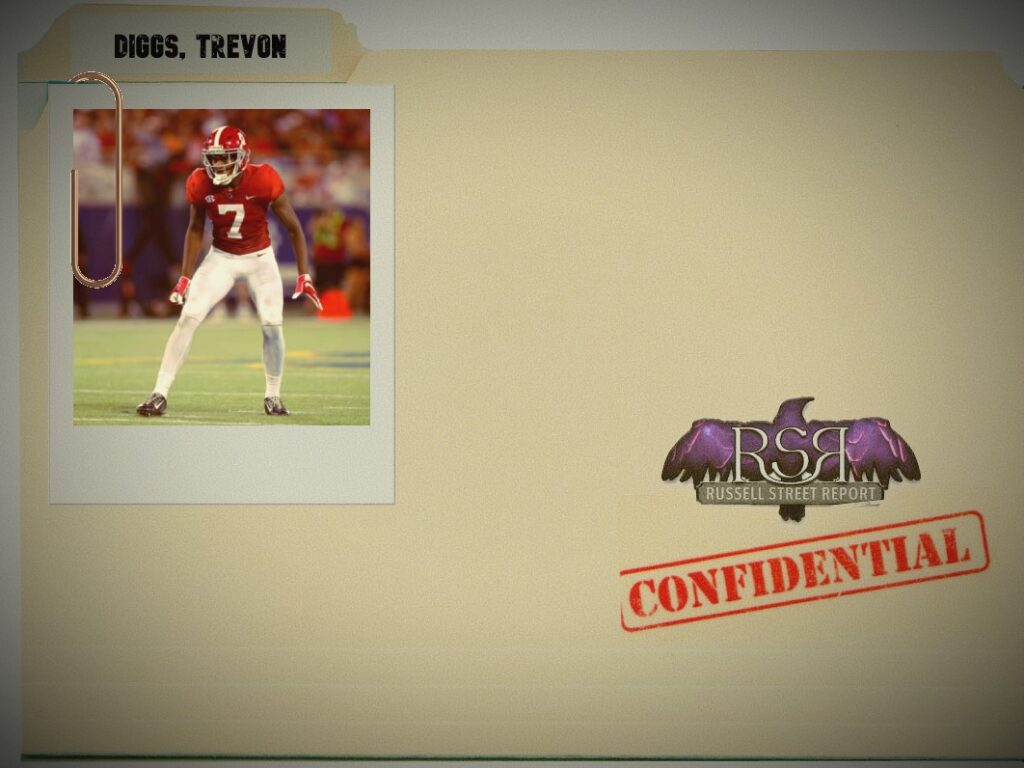 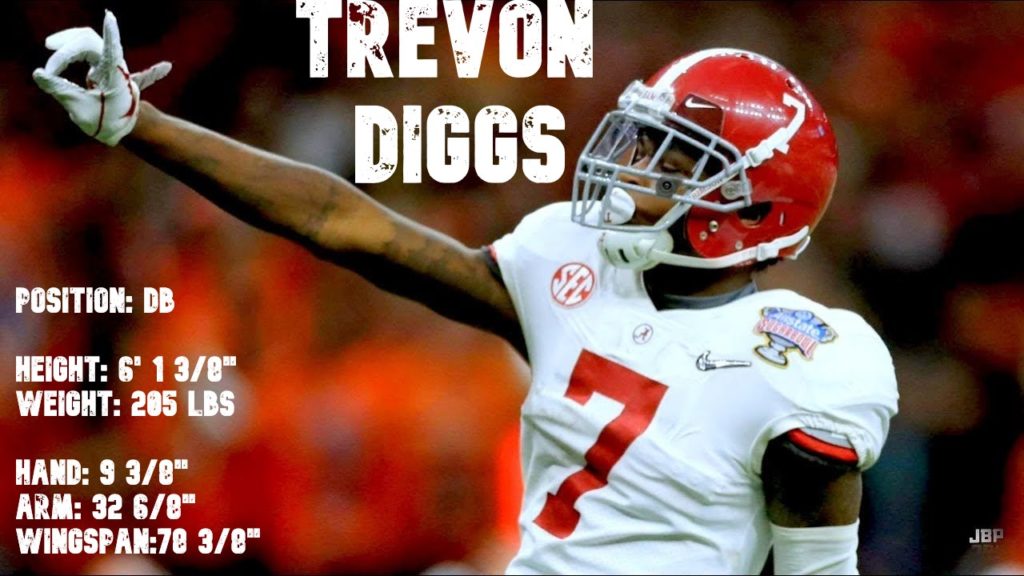 The brother of Minnesota Vikings wideout Stefon Diggs (former Terp, for you UMD fans), Trevon Diggs decided to play on the opposite side of the ball, and see if he could stop his brother. At least I assume that’s why. It shows a level of competitiveness that any coach would want in their defensive back.

Turns out he’s good at it, too, as a CFB Champion, as well as a First-Team All-SEC CB. Let’s dig in.

Another very physical long corner. Unlike some of our other cornerback prospects though, he’s not regulated to the outside, having taken snaps inside with plus results. For being a ‘new’ corner, he has really good footwork. He’s patient, which is something you’ll want to see from your corner, especially against some of the twitchier wideouts. Plays stronger than his build, and very fluid for his size/speed ratio. I think he’ll likely make his money as a zone corner, with plus skills in press. Understands how to fluster quarterbacks by appearing in their passing lanes right as the ball is about to leave their hands. Foundation for run defense is there. Hip-work helps him mimic his receiver, and appears to track the ball well when covering a deep route.

Might be the most frustrating cornerback prospect I’ve watched in terms of his skill not translating to tackling. The effort just isn’t there, making him appear lazy and disinterested. On top of this, while the foundation for run defense is there, as mentioned above, he struggles to get off of whoever happens to have his blocking assignment. Don’t love his chances with 50/50 balls against physical receivers at the next level. Really needs to learn the nuances and subtleties of the position.

See the Jaylon Johnson fit for the Ravens. Replace his name with Trevon Diggs.

Another very patient corner with a CB1 skillset, this comparison is more about style of play and career projection than it is about physical build. While Hayward is better against the run, and a more accomplished tackler, the overall vibe that Diggs gives off is very similar.

Late Round 1/Early Round 2

If the Ravens decide to trade back, and there isn’t a worthy EDGE, WR, or iOL available at their pick, I’m not going to break anything if they decide to take one of the top corners in the class. Diggs is within that class. Realistically, I can see a corner-needy team falling in love with Diggs’ traits, and him going as early as mid-first.