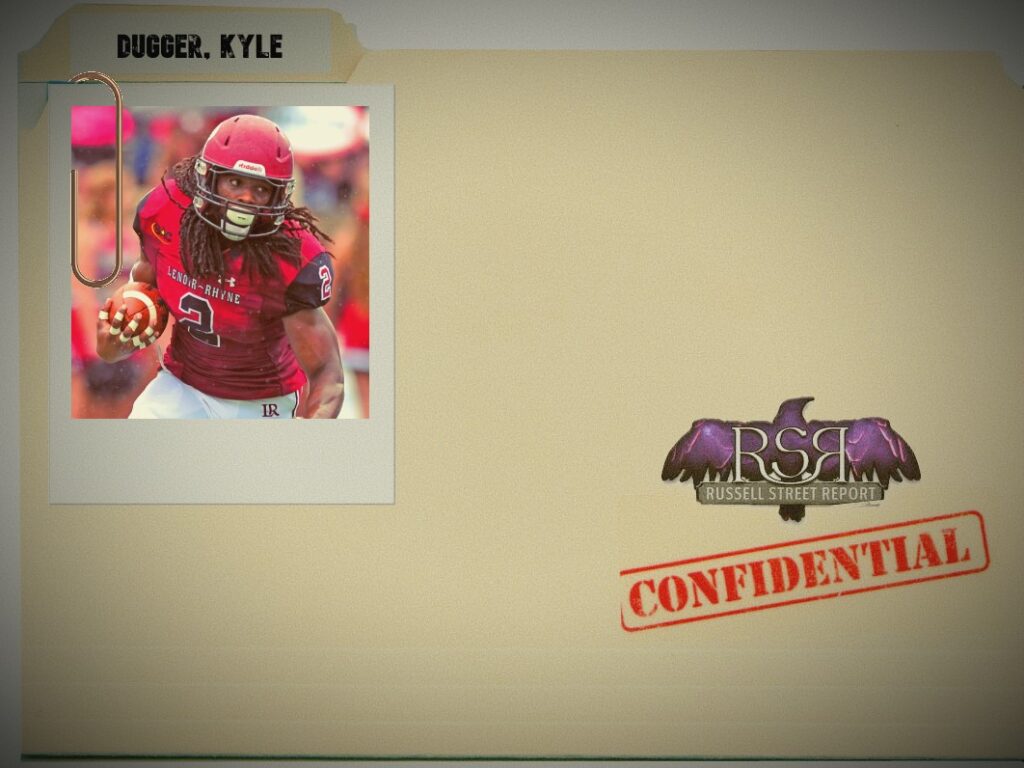 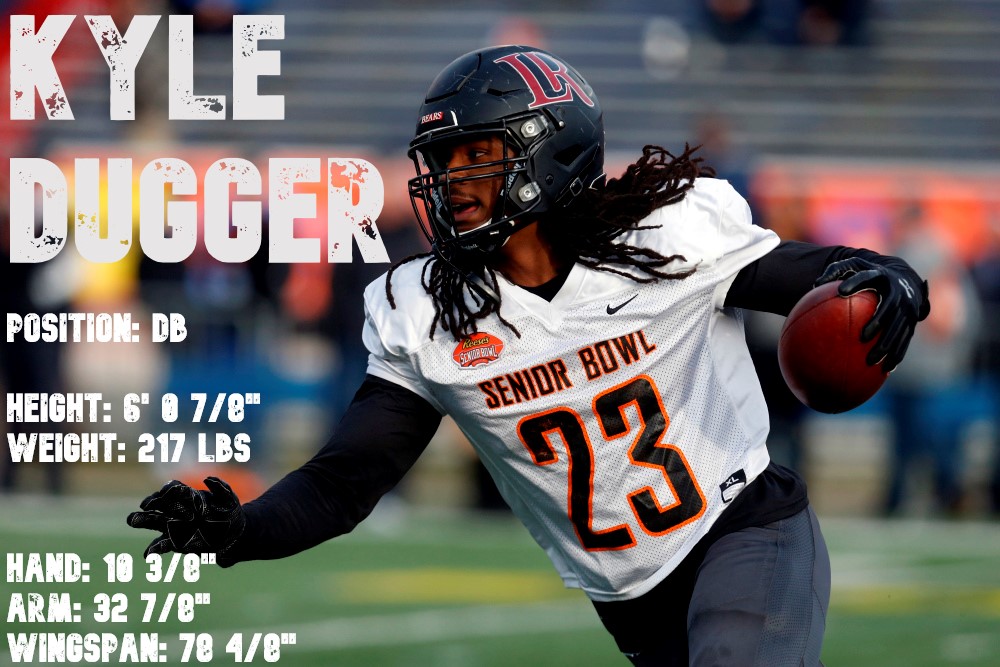 A lot of people, if/when asked, will look to Xavier McKinney or Grant Delpit as the top safeties in this draft class.

Let me be a little crazy here, and tell you that in the NFL, it’s got a very good possibility of being Kyle Dugger. A versatile guy who has safety, nickel, linebacker, and returner experience, he grabbed a Cliff Harris Award (Small School Defensive Player of the Year) in 2019, and has seen his stock rise steadily over the past year.

Great size for a hybrid safety-backer. I like his ability when the ball is at the catch point, and his physicality shows up on every play. Speed isn’t an issue, as he showcased his sideline-to-sideline range over and over again in 2019. Wraps up really well when making tackles. Good balance combined with length that allows him to play single high if asked. Also shows plus traits against the run, which lends itself to the ability to play ‘backer. Agile enough to play inside when asked to cover a slot receiver or tight end.

Doesn’t use his speed to the best of his ability. Due to his great recovery ability, he’ll only use his speed when he thinks he has to, instead of using it on every play, something he will have to learn to do at the next level. He’s more reactionary than a strong processor. Don’t love his coverage ability in zone, though his closing speed will create some immediate tackles and some turnovers if correctly timed. Definitely has some growth to make in just about every category, but when he does, watch out.

The Ravens have Earl Thomas, Chuck Clark, Anthony Levine, and DeShon Elliott at the safety position. Earl and Levine are getting older, Elliott keeps having freak injuries, and Clark is a one-year starter from the sixth round. It wouldn’t hurt Baltimore to have an option down the depth chart who can learn from some very good players and coaches, then come out swinging when it’s time. His versatility can be used in certain packages, and he can be used as the returner if necessary.

I mean, come on, you had to know that this was coming. Versatile hybrid-DBs that have natural athleticism and plus skills at two or more positions, that can contribute on special teams? Leaders on the field and in the locker room? I think Dugger is a direct replacement for Levine, but has a lot higher ceiling.

Lack of polish and being from a small school will keep Dugger from hearing his name in rounds 1-3. However, if his projected ceiling is realized early on in his rookie contract, he will be considered an absolute steal. Dugger projects as a free safety with linebacker upside at the NFL level, and any creative defensive coordinator should be happy figuring out ways to get him on the field.

via Matt Wise, here’s how Dugger projects as an ILB

Although Kyle Dugger is listed as a Safety, his best position in the NFL may be as an ILB. On tape, Dugger’s best plays come when he’s coming downhill to make the tackle around the line of scrimmage. Dugger is a consistent and violent tackler who rarely misses on film. His 4.5 speed and high-level testing numbers make him an ideal option to play WILL LB in a 4-3 defense. That position would highlight Dugger’s abilities when allowed to fly around and get to the football.

While Dugger’s cover ability in man and zone would need work to play Safety in the NFL, they’re ready made for a linebacker. As a 4-3 ILB, Dugger would be a three-down player with more than enough athleticism to cover RBs and TEs.

Whether or not it’s his best long term position or just a stop along the road to playing Safety, ILB is likely Dugger’s best position as the rookie adapts to high level football in the NFL.