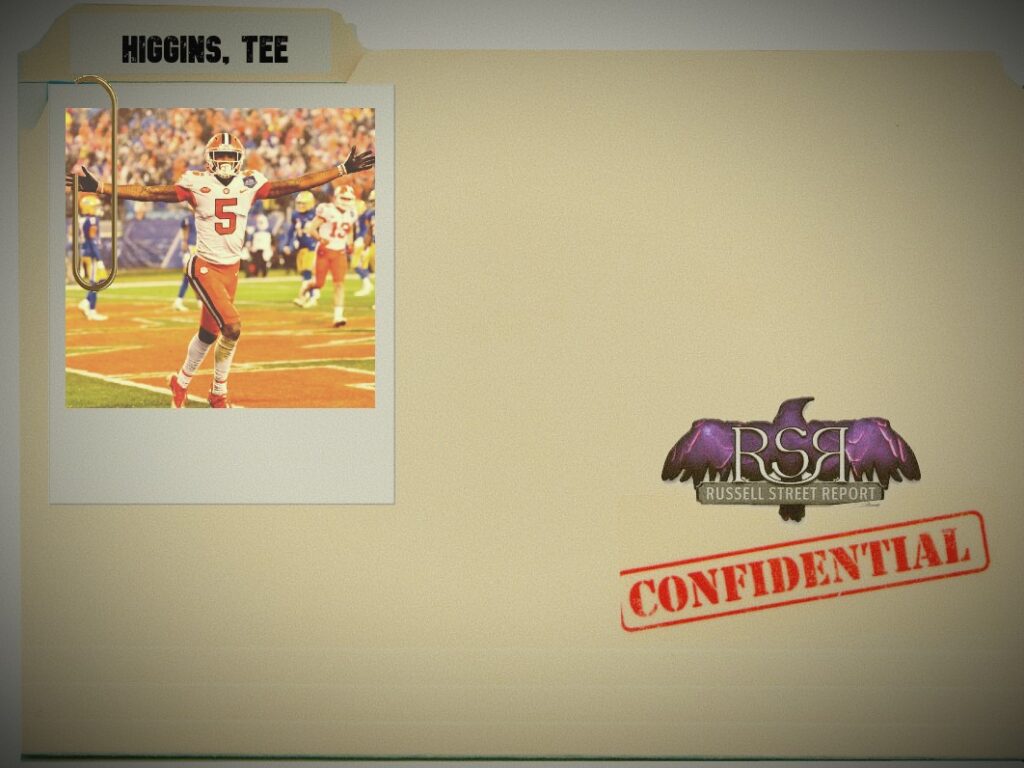 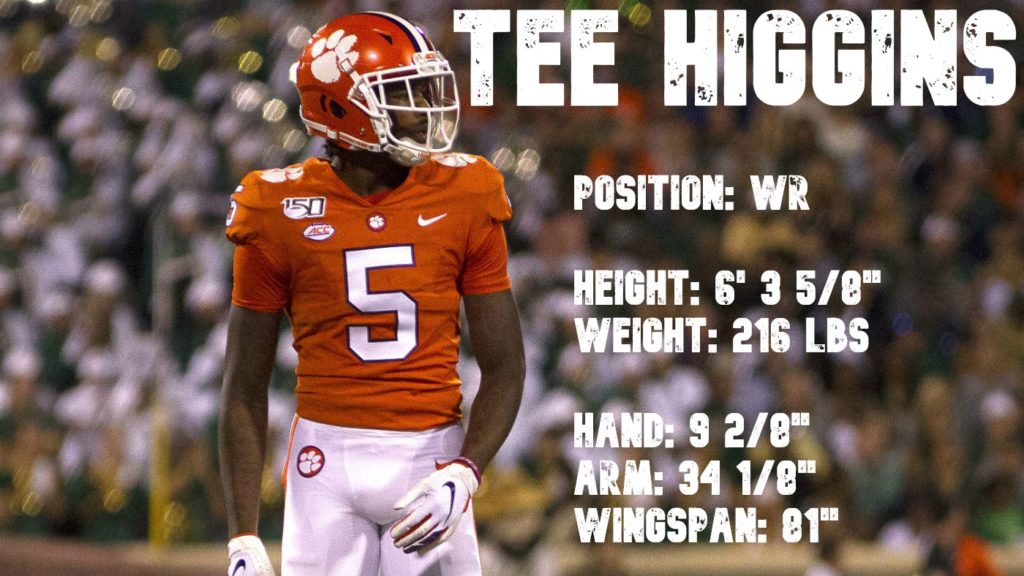 Tee Higgins has seen his draft stock rise, then fall, with a slight rise again, ranging anywhere from WR3 to the first receiver taken in the second round. He’s a CFB Champion, with first and second-team All-ACC Awards to his name. A high-school All-American, Higgins was a five-star recruit, while also having college basketball scholarship offers as well, showing his athleticism off on paper as well as the field.

Say it with me: Prototypical True-X Receiver.

For a ‘big’ wideout, he shows plus athleticism and burst in/out of his routes. I like his deep tracking ability, especially when he’s required to adjust – this is where he shows his polish. More competitive than most of the humans on the field at any given time. Shows good foundation and technique when blocking. Through college, he’s shown productivity at multiple positions on the field.

He’s a ‘good enough’ route runner, and his tree isn’t branch-y enough. Hands and feet at the line of scrimmage could use some coaching. I’ve seen a few concentration drops. Don’t love his straight-line speed (can’t imagine why he didn’t run at the combine). Doesn’t seem to be a big RAC guy, and doesn’t show much sneakiness in between defenders.

The Ravens need a big, reliable, True-X receiver. That’s it. That’s the fit.

Seriously. Pair him up with Marquise Brown as the Z and Willie Snead/Miles Boykin in the slot, with Mark Andrews/Hayden Hurst as the TE, and watch defenses scramble to try to defend it.

Long has Green terrorized the Baltimore Ravens, with unreal catches, final-second game-winners, and broken tackles. In fact, he’s terrorized a lot of teams in the league with these. I see a lot of Green in Higgins’ game, with the ability to take over a game and crush a team’s hopes.

I see no reason why Higgins lasts to the middle of the second round. His tape shows a True-X receiver with impact ability from Day 1. If his tape doesn’t show why he’s highly coveted, his scouting reports and praise from the media should show you.