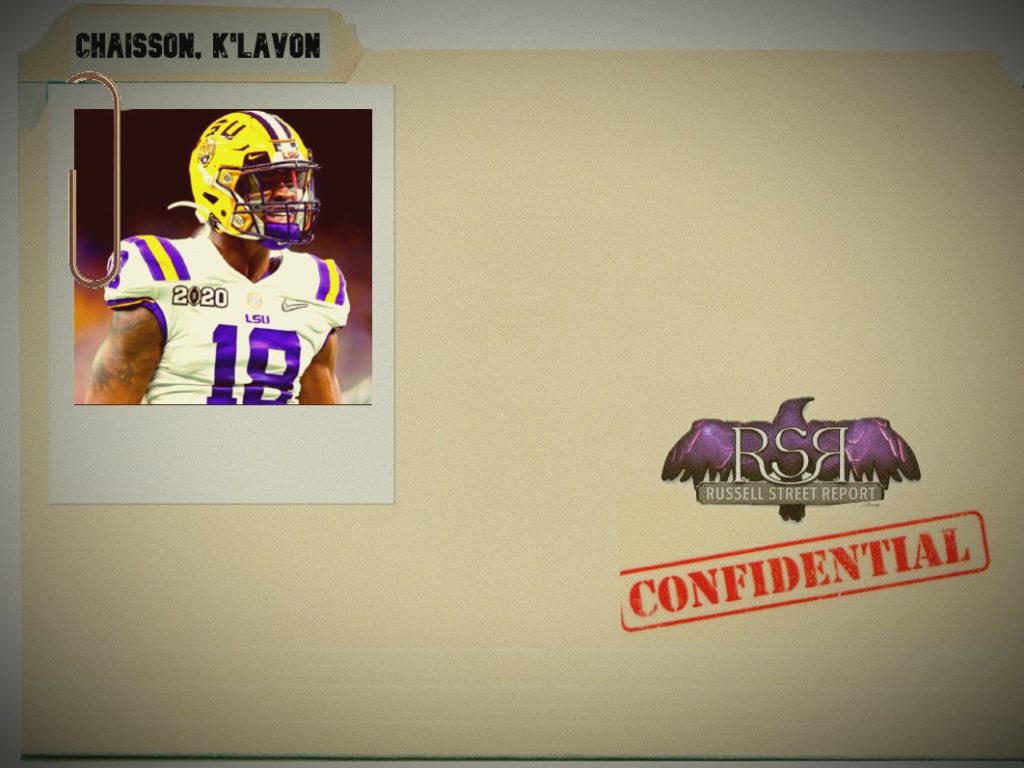 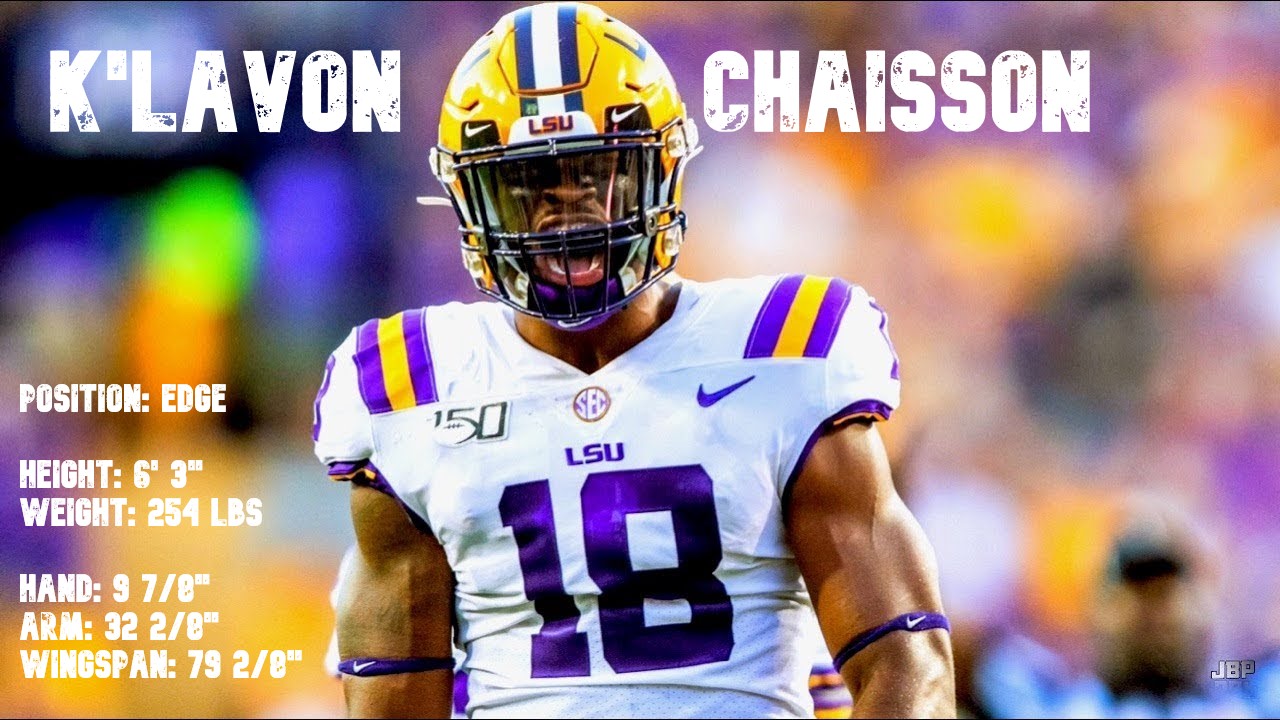 K’Lavon Chaisson is a 6’3”, 254 pound EDGE from Houston, Texas. Chaisson got early playing time and was named to the SEC All-Freshman team. Chaisson missed his true sophomore season with a torn ACL before returning for his redshirt sophomore year in 2019. In a season that ended in a College Football National Championship, Chaisson earned first team All-SEC honors.

Chaisson is an elite athlete with a motor to match. As a pass rusher, he explodes off the line and looks to run by offensive tackles. Chaisson possesses incredible flexibility that allows him to turn the corner and bend. He’s a violent hand fighter who does an excellent job converting speed to power and backing down offensive tackles with a “long arm” move. His quickness and athleticism make him extremely dangerous when stunting and shooting gaps.

Against the run, Chaisson uses his length and violent hands to lock out and hold the point. He flashes good run fits and his quickness allows him to slip a lot of blocks to make the play. For a player of his size, Chaisson demonstrates rare ability in space. He looks fluid and comfortable dropping into zone. He’s shown the ability to jam, and occasionally cover, TEs and slot WRs. He’s a violent hitter and who has a huge tacking radius as a result of his length and motor.

Chaisson’s improvements over the course of the 2020 season are promising and provide a glimpse into the potential that his physical traits provide him.

Chaisson’s injuries at LSU cost him valuable experience and development. He improved throughout the 2019 season, but needs have a better plan as a rusher. Chaisson could afford to add some weight and strength to improve his consistency setting the edge. His production is underwhelming. Some front offices could struggle spending a high draft pick on a pass rusher with 9.5 career sacks in college.

Like Mack, Chaisson is 6’3”, 250-lb EDGE rusher. After a highly productive career at Buffalo, Mack was a highly athletic pass rusher who was selected 5th overall. Along with his prototypical build, Mack was praised for his ability to hold his own against the run and drop into pass coverage. Chaisson has a long way to go and a lot to prove if he hopes to have a career like Mack (5x Pro Bowl, 3x First-team All-Pro, 2016 NFL Defensive Player of the Year).

But like Mack, Chaisson has all the physical tools to be a game-changing player in the NFL.

K’Lavon Chaisson is an insanely athletic EDGE with room to grow. With crazy bend and the ability to be an instant three-down player, Chaisson is the prototype of a 3-4 OLB.

Without a trade up into the top half of the first round, it is highly unlikely that the Ravens will have a chance to select him.