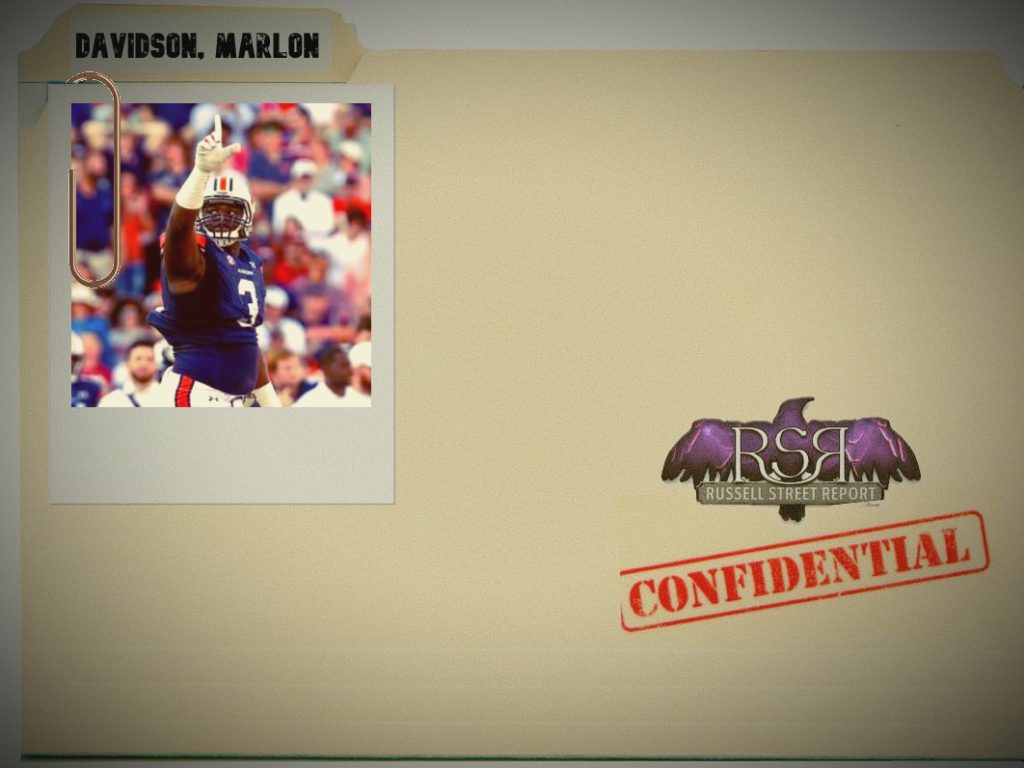 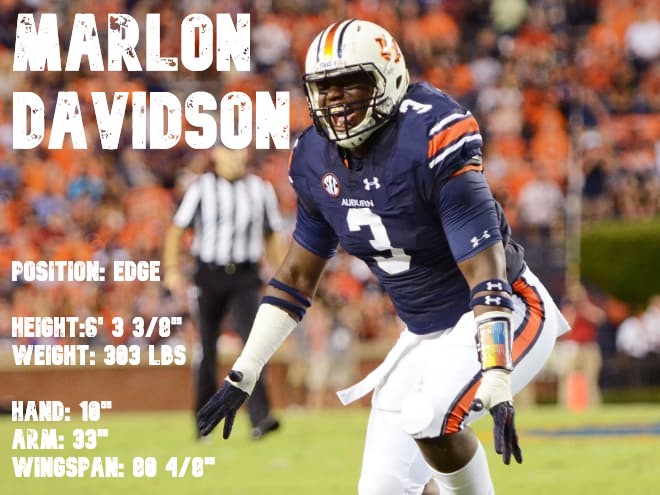 Davidson is a big man, and especially large for an Edge player. Davidson is very good at containing the edge of the defense. Davidson’s bull rush is very strong because of his well-proportioned mass (300+ lb. frame with heavy lower half and an upper body to match). This guy has some heavy hands as well, when he gets his paws on a RB or QB, they are coming down. Davidson is a good leverage player on the inside (completely destroyed a QB sneak attempt on 4th-and-1 against LSU last season, when he buried himself underneath the RG and took away the lane for RG to push forward).

While his bull rush is his strongest move to get to the QB on the edge, his interior defensive line play can become his biggest strength. This guy can play the 5-tech, or 3-tech on passing downs, to really get after the weaker pass blockers on the line.

Special Teams is the third phase of the game and it often gets unnoticed; however, Davidson, a starting defensive player, blocked three kicks in the 2019 season. He will have a lot of value as a ST player early in his career.

Davidson has good film as an Edge rusher, but it is not where he should play on a consistent basis. On tape, Davidson gets too much depth around the arc on his rush, which puts him out of position to get his hands on the QB consistently. He also lacks the bend one likes to see in either the hips or ankles for an edge rusher. Davidson will really benefit from training with his hand usage/ explosive block shedding. There are some plays that Davidson does everything right except shed the OT at the apex of the rush. Davidson can minimize his weaknesses by bumping inside (5 & 3 techniques), while simultaneously maximizing his strengths.

With the likelihood that Michael Pierce gets paid elsewhere, the Ravens could address their need on the defensive line with Marlon Davidson. He would come in as a better pass rusher along the interior defensive line than any guy in Baltimore since Timmy Jernigan (don’t worry – he has more potential). Davidson is not just a passing down player; he has the power and leverage to play inside or outside on running downs. Davidson is not the same build or size as Michael Pierce, so he should not be the double team two-gapper type.

With a couple years of experience, Davidson has the potential to be a game-wrecking defensive lineman.

Like Davidson, Curry is a 6’3’’ big man, better suited for interior defensive line play. Curry has been a very solid force up front for the Eagles throughout his career. Curry has 129 (solo) tackles, 29.5 sacks, and five forced fumbles in his eight year career. Davidson has the potential to post similar stats to Curry’s 2014 season (9 sacks and 4 FF) after a couple years of NFL experience.

Davidson has a high floor as a run defender on the edge, and will offer pass rush ability from day 1. His lack of polish as a pass rusher pushes him to the 2nd round in a solid DL class. He needs some more development on rush counters and explosive block shedding with his hands. Once he improves in these areas, he could be a top 10 pass-rushing defensive lineman in the NFL.