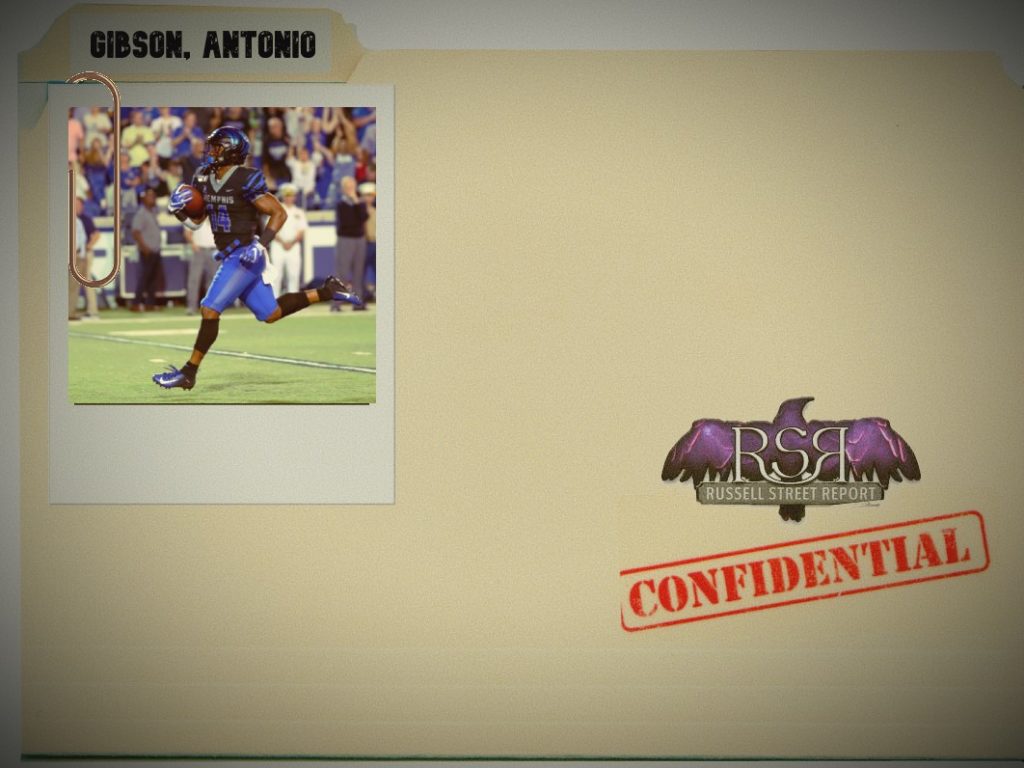 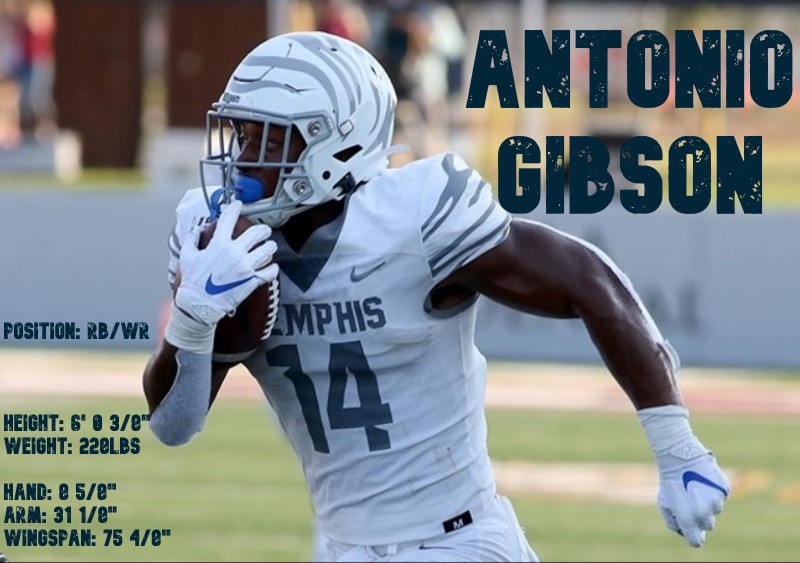 Antonio Gibson is a prospect with some up and down film. Gibson began his collegiate career at JUCO East Central Community College in Mississippi. It comes as no surprise that Antonio was a track star (100 Meter dash) in high school because he has speed to burn. He shows very little as a route runner on tape, but he wins with YAC, strong field vision, and great speed.

If you are looking for a versatile weapon on offense that can be an “X number of touches/game” player, look no further than Antonio Gibson. A high quality special teams player already nets draftable value, and Gibson comes with that, plus an offensive skill set that adds explosion to any team.

As a running back, Gibson wins with good vision, strong contact balance, and some blazing speed. Don’t underestimate his power at the end of runs because he is a guy that pushes the pile. Even though he lacks developed route-running skills, he can be useful as a WR on quick screens, creative alignments (TE shovel pass behind LOS), and schemed space catches.

This guy is a YAC monster (watch his game against SMU in 2019). Gibson looks like a competent slot receiver when he can use his vertical speed.

If the right OC gets Gibson into his system, watch out for sneaky production.

Gibson is not a WR1 or a WR2; heck he’s probably not going to be a WR3 either. But he has some serious ability in the open field. Gibson is not a polished route runner; he shows very little nuance in his hesitation move (at release) and he lacks aggressiveness to come back to the ball. If a team is looking for a mauling WR blocking downfield, they will not be happy with Gibson’s tape. His effort blocking from the slot receiver position and from boundary receiver is very sub-par. Blocking out of the backfield is much more natural for Gibson.

When it comes to being a route runner, Gibson is not at a WR level. His weaknesses point to his natural position being a RB and “offensive weapon” rather than a true slot receiver.

Gibson can be used as a speedy RB and a screen option at WR for explosive plays. Imagine the triple RPO with a WR end-around (Lamar at QB, Hill at RB, Mark Ingram at other RB, Gibson as end-around WR, and Hollywood running post or fade route)!

I need a dry-erase board to explain this. Antonio would enter as the number one returner on kickoffs and punt returns. Great coaches can turn this head-scratching receiver into a dynamic RB/offensive weapon and return specialist.

Hear me out: Gibson has more burst, speed, and returning ability than Allen coming out of college. Allen was known as a good receiving threat at the RB position at USC, but he never averaged the same YPC (Allen’s NFL Career avg. was 3.7) that Gibson (Memphis career avg.11.2) has. Antonio can become a core special teams player, much like Buck Allen has; however, Gibson offers more as a returner and special skilled RB.

Antonio Gibson is a top 10 KR as he enters the NFL. He will join a team with a plan for him as part of the RB room and a weapon in the screen game/ends-around, and spacing concepts. Even though Gibson is underdeveloped as a route runner, he will find a place in this league, and will develop his route tree.

As a complementary RB, Gibson will help a team field a lot of speed and explosive playmakers.