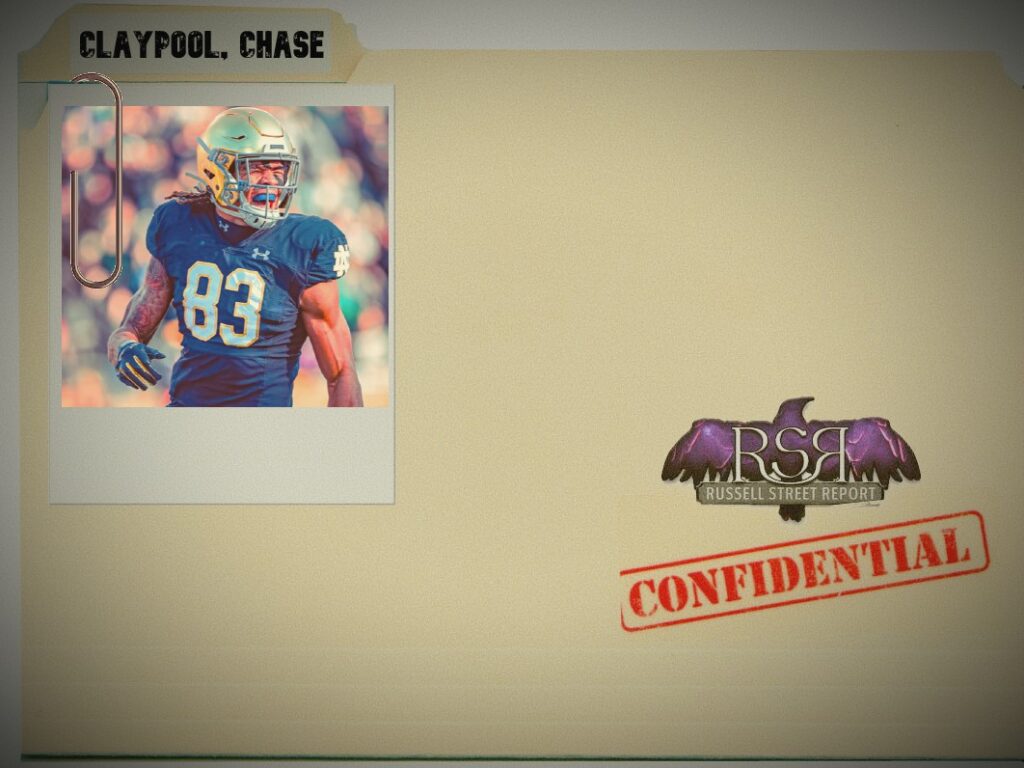 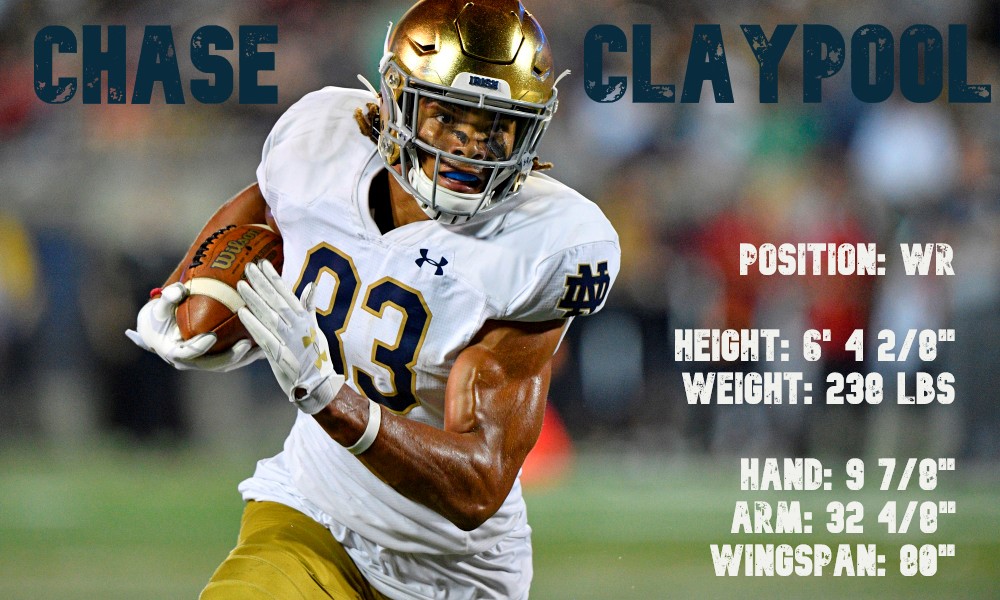 Claypool has some very ‘meh’ tape. While I’m inclined to believe that at least some of it was due to poor quarterback play, he’s also just not a fun receiver to watch. Asked by more than one team if he would run TE drills at the combine, he’s big for a receiver, with a plus athletic profile and limited quality tape.

Uses his size well when trying to create extra yards. Has a lot of TE-like wins finding the soft spot in coverage and sitting in it, simply being bigger than the corner covering him. Also does well against linebackers. Mismatch opportunities are plentiful with the right play-caller. Has a lot of initial burst, so he can win with the element of surprise (once, anyway). Definitely plays to his size (which he has a lot of).

Long speed seems to be missing on tape, as does his contested catch ability. I had assumed due to his size that he would excel in that area, and he’s simply average. Don’t love his routes, don’t love his concentration drops. Not very bendy, and relies on athleticism too much when trying to create separation.

If the Ravens are going to take Claypool, it’s because they’re going to use him all over the field. However, I don’t see his ceiling as much higher than Miles Boykin’s potential ceiling, and unless a Hayden Hurst trade is in the works (may as well stir that pot some more) they have no need for a TE3.

Speaking of Miles Boykin.. Low floor, high ceiling, Big Slot/Baby TE kind of player. Not sure he’ll be effective in year one, and not sure he has a place in an offense loaded with guys that can do what he does, but better.

Earlier than I think he should.

Some team is going to bite on his combine performance. I just feel it coming.