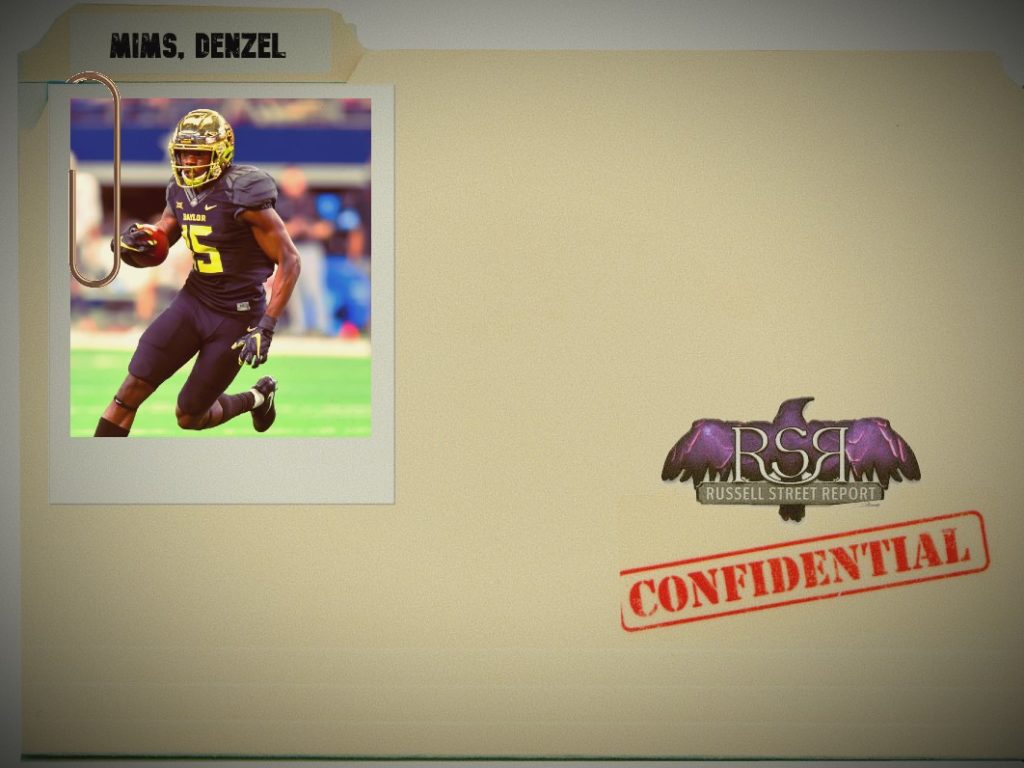 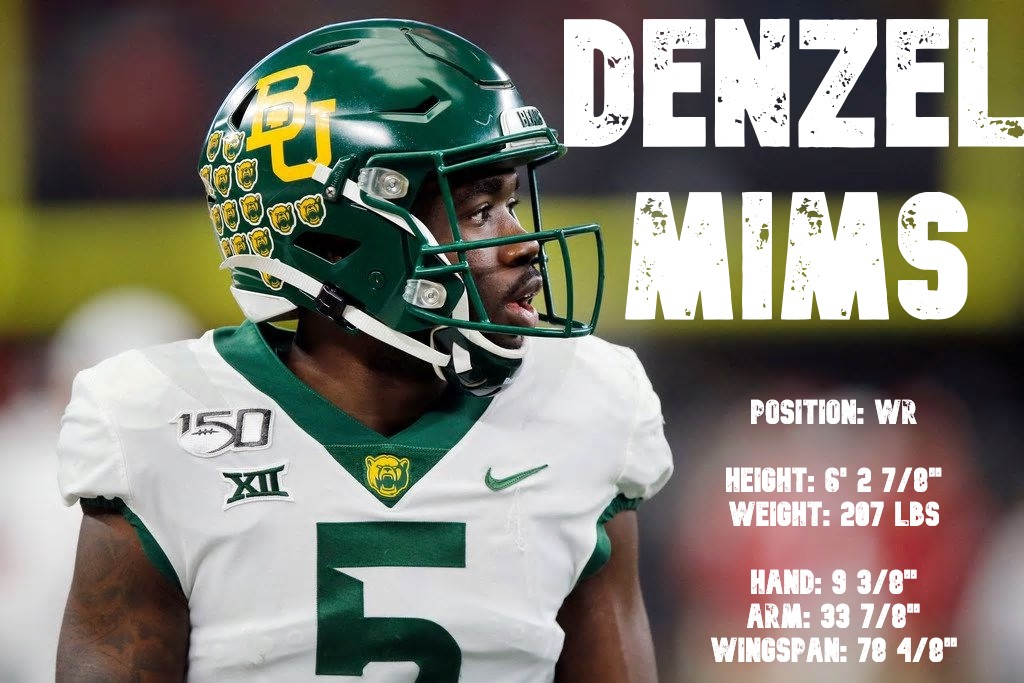 Those of you who follow me on Twitter may have noticed that a couple of weeks ago, I posted that my account was now a Denzel Mims fan account. That hasn’t changed. The kid is incredible. He might be the best receiver in the draft outside of the Top 5. He netted his only First Team All-Big 12 this year, and he’s had a great attitude through the whole pre-draft process.

Strong. STRONG. Plays bully ball and enjoys it. Craves contact, whether it’s blocking (he looks for work) or during his routes. Definitely plays to his size and above, boxing out corners at the catch point with ease. Uses his athleticism to work the interior of the middle of the field and create soft spots in coverage.

Saying he blocks every bit as well as Nick Boyle isn’t really a stretch. Excels at tracking the ball, eye-hand coordination is some of the best in class. Plays well through contact, doesn’t easily get bumped off of his routes.

More of a long strider than a quick, twitchy receiver. Not sure he’s the greatest against press, could use some work with his hands inside the contact window and off of the line. Route tree isn’t fully developed – gets lost at times when asked to run more complicated versions. Overly aggressive at times, especially when blocking. Not as RAC-y as I would like, though he did seem to improve on that as the season went on. Can telegraph where he’s going with his head.

The Ravens need a big, athletic presence outside to take the pressure off of Mark Andrews and the speedy Marquise Brown. Mims does that from Day One, especially as another deep threat. Lamar should find him early and often for big gains – and the running backs should love him when he pancakes a corner so Mark Ingram can break a 40-yarder.

Similarly built, similar strengths and weaknesses. While we have a small sample size on Sutton, his production on a bad Broncos team in 2019 raised some eyebrows. I’d expect a similar second-year jump from Denzel Mims.

Mims is an interesting projection, because he could go in the first, or could fall to the third. The overall vibe on him is that he’s a strong Round 2 candidate, and I’m inclined to agree. 60 sounds about right.