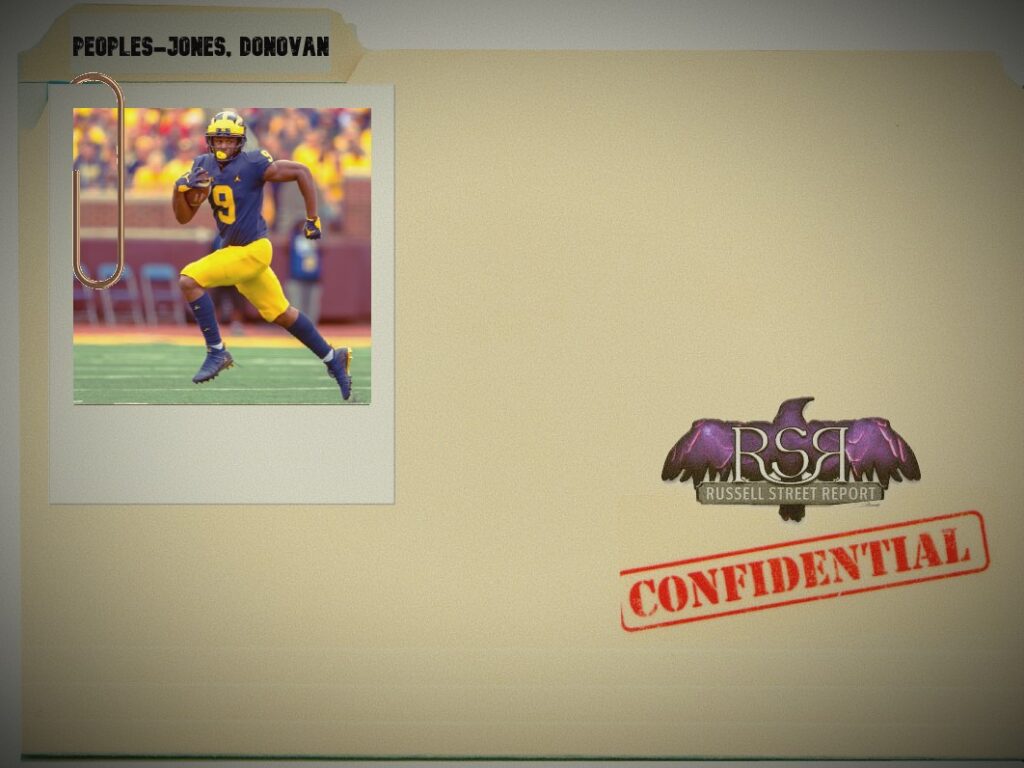 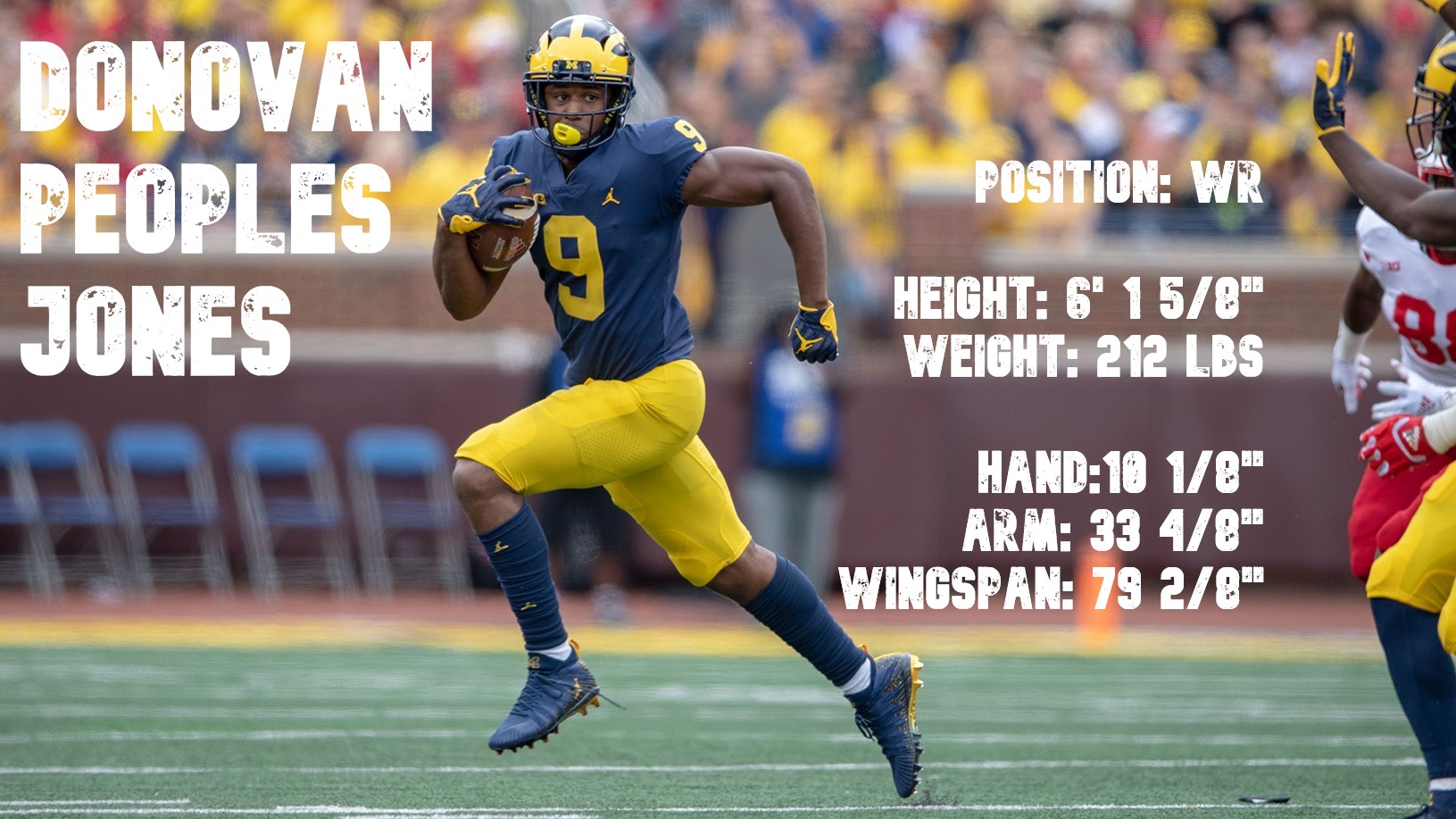 Donovan Peoples-Jones was a five-star recruit and the #1 wide receiver prospect coming out of high school. It is not surprising that as a high-schooler Peoples-Jones won the all-city 100 meter dash in his hometown of Detroit, Michigan. This freak of an athlete has so much potential, but he has yet to unlock it.

Teams looking for receivers that have great measureables and unbelievable athletic testing will be quite pleased with Donovan Peoples-Jones. At the 2020 NFL Scouting Combine, he had a 44.5’’ vertical jump, a 4.48 second 40-yard dash, and a 139’’ broad jump. DPJ does not have much production at the college level because the Michigan offense was terrible.

The goal line fade is an overrated play – it is not very effective or a high percentage attempt; however, DPJ seems to break that trend on tape. He is unreal on these plays, as he simply creates separation with a slight push off, positions his body in the optimal position, high-points the football with full extension and brings it in with strong hands for touchdowns.

Peoples-Jones shows decent separation on dig routes, posts, speed outs, and comebacks. He really has a knack for red zone and goal line attempts with back-shoulder throws. Body control in the air and spectacular catches are his forte. These plays are not very sustainable, which is why projecting his NFL career could be challenging. His hands are top-notch; he is a natural hands catcher (just plucks the ball with ease) and this shows up all over the field.

DPJ is known as a very solid punt returner, and I think his explosive testing could aid in his projection as a returner. He will have the opportunity to return punts immediately.

Peoples-Jones struggles to get off press coverage, and does not separate from good CBs as often as he should. DPJ is a freak of an athlete but his testing numbers do not show up frequently on tape. On many screen passes he does not display the quick-twitch explosiveness that one would expect with his jumping results.

DPJ does not look polished enough to be an outside WR right away. His hands are very good, but he is not open often enough, and does not beat tough press coverage. He will need work on his releases in order to separate early in routes.

Maybe Miles Boykin can become an X wide receiver after a great off-season honing his craft. If this happens, Peoples-Jones becomes the big slot WR Greg Roman could use in the 2020 offense. DPJ would share time at slot receiver with Willie Snead and come in to return punts. The Ravens do not live and die by the goal line fade (really smart by Roman) but adding a freak like Peoples-Jones may mean a few more attempts on that low-percentage throw.

Lamar Jackson will like DPJ’s hands and body control as well as his ability to catch most balls in his area code.

Donovan Peoples-Jones is a former five-star athlete and WR prospect. Similar to Hakeem Nicks, DPJ has excellent body control and spectacular catch ability. Peoples-Jones has much better testing than Nicks did, but they share good hands and body control traits. If DPJ can emulate the early years of Nicks’ game (1,011 yds & 15 YPC three-yr AVG) , he will do really well for an NFL team.

When a team selects Donovan Peoples-Jones, they will have a very specific plan and role for him. The team will be betting that his athleticism will show up in game and that they can get production out of the highly talented prospect. His rare spectacular catch/ body control will be put to use early.

DPJ is a unique athlete, and one team will get a special player for their offense and special teams.