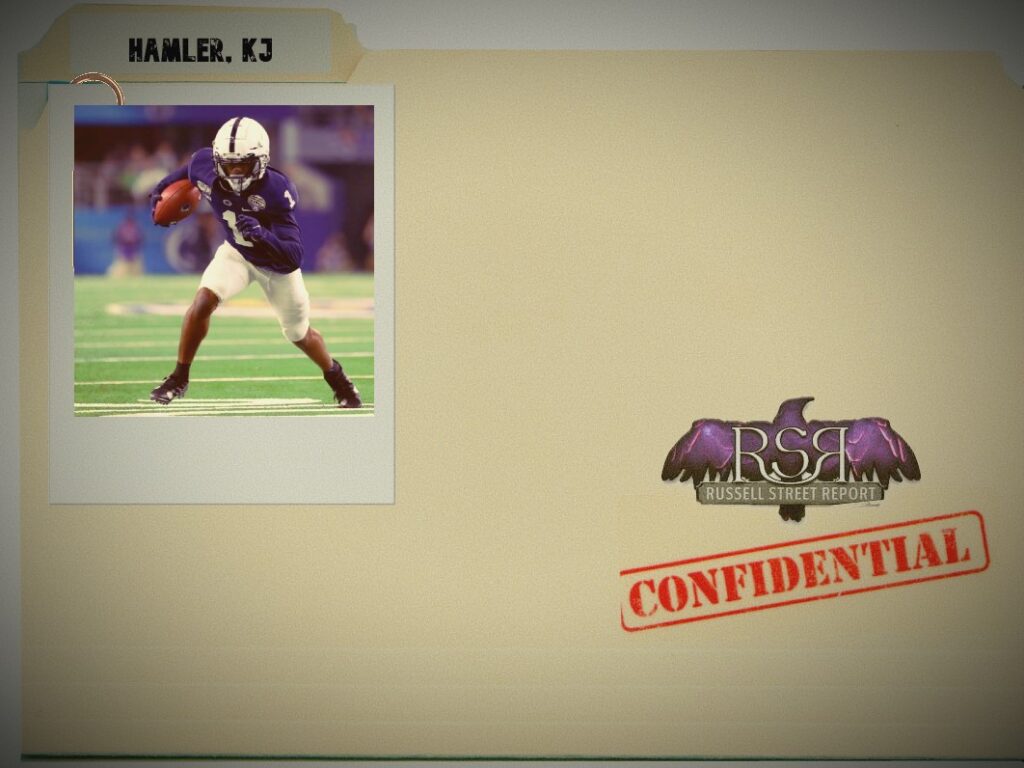 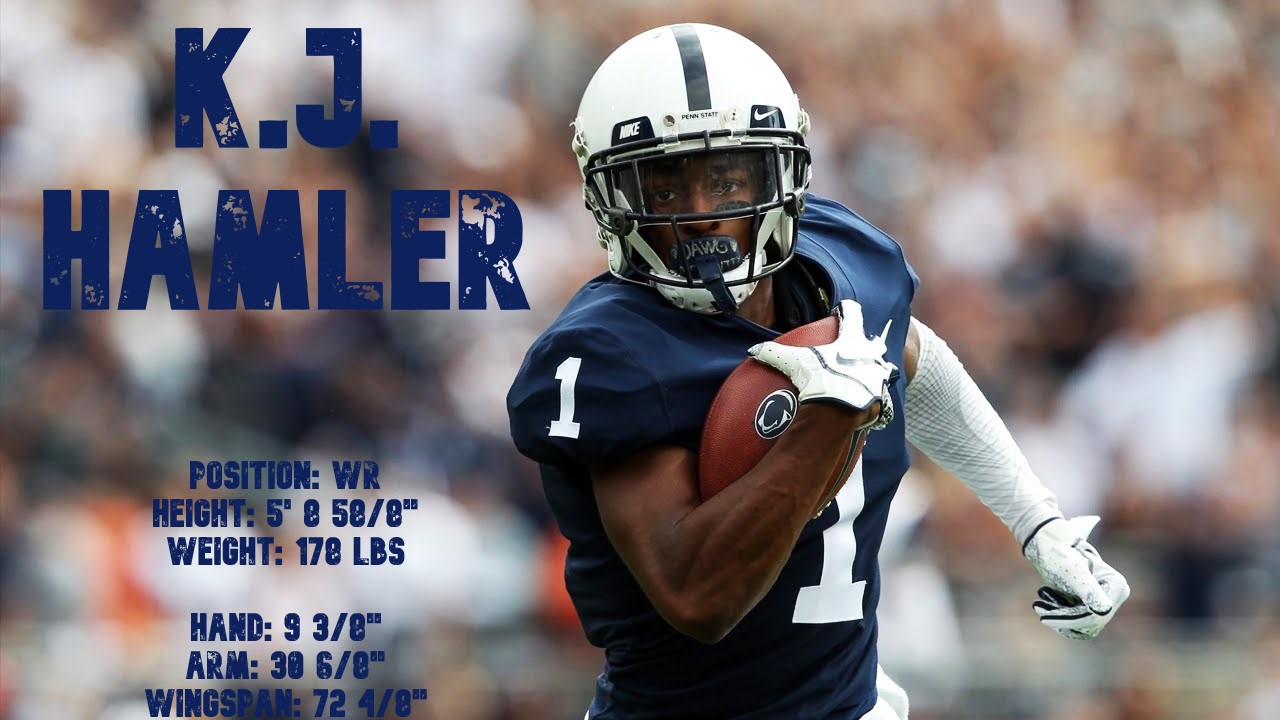 K.J. Hamler is entering the 2020 NFL draft after completing his Redshirt Sophomore season at Penn State. He was a four-star recruit coming out of high school (famed IMG Academy in FL) and he ended up at Penn State. Hamler is a two-year starter (Redshirt Freshman year due to ACL tear) and second-team all-conference WR in the Big 10 (2019).

Some say that good things come in small packages; this may not always be the case, but with Hamler, this phrase couldn’t be more true. If you like 4.3 speed, crafty separation, and a small player at slot receiver, look no further than K.J. Hamler. He can house-call any ball that comes his way, including punt returns.

Hamler is a savvy route runner from the slot. He is the type of receiver that creates easy separation on any in-breaking routes (slants, posts, digs, etc.) and because of this, head-fakes inside turn around DBs and allow easy completions on speed outs, corners, comebacks, and fades. Hamler wins with his world class speed on deep routes and in the return game. The team that drafts Hamler will have a starting return man from day 1 (he has some ridiculous hands for catching punts).

Hamler can easily be the WR with the most yards on a team, but he is not a possession (X) receiver. Will have a great average YPC in the NFL, just like he did at Penn State (Career Avg. 16.9 YPC), but he will not dominate at the catch point in 50/50 situations. Hamler will succeed because of separation created with crisp routes and speed.

Wingspan can really help or hurt a receiver’s ability to catch off-target balls and 50/50 throws. Unfortunately, Hamler has a small frame and not the biggest hands, which makes life difficult in contested situations (he still makes some “wow” plays). Hamler’s tendency to body catch (let ball get into his frame) due to short arms and lack of size, is his biggest weakness.

This 5’9’’ Penn State alum is a very good slot receiver, but QBs should not throw him contested goal-line fades.

Have you heard of the track team philosophy on offense? Well, the Ravens are pretty much using it before our very eyes, and adding Hamler to the mix turns it up a couple notches. Greg Roman would absolutely love another speedy receiver that wins in a variety of ways (inside and outside from the slot). Hollywood, Hamler, Miles Boykin, Justice Hill, and Mark Andrews all on the field at the same time would create crazy mismatches on all three levels of the defense. Dial back some of the speed for some power with Nick Boyle, Patrick Ricard, and Mark Ingram and the options are endless.

Hamler would add one more competent receiver over the middle of the field for Lamar Jackson. He targeted Andrews too frequently in 2019, which lessened the effectiveness and efficiency (2018 YPC 16.2/ 2019 YPC 13.3) of the connection. A slot receiver security blanket with “home run” potential would do wonders for the Ravens in 2020.

Hamler would become the starting punt returner and possibly the kick returner from day 1. Hamler shows special tracking ability and hands to catch bouncing punts and kickoffs, and he pairs that with track-speed and agility. Good luck to the opposing team’s ST unit.

Hamler is a small WR with a ton of speed and upside, Brandin Cooks had a similar profile coming out of Oregon State. Cooks plays a good bit of boundary WR snaps, while Hamler will most-likely play slot. Hamler can take any catch to the end zone with his speed, agility, and burst.

Any team taking Hamler in the second round will be pinching themselves because a WR of his quality would be gone much earlier in most years. There is some risk to his game because of the contact receivers endure in the slot; however, the reward far outweighs the risk. Hamler will immediately be a top punt returner, and should at least fill a complementary receiving role in year 1.