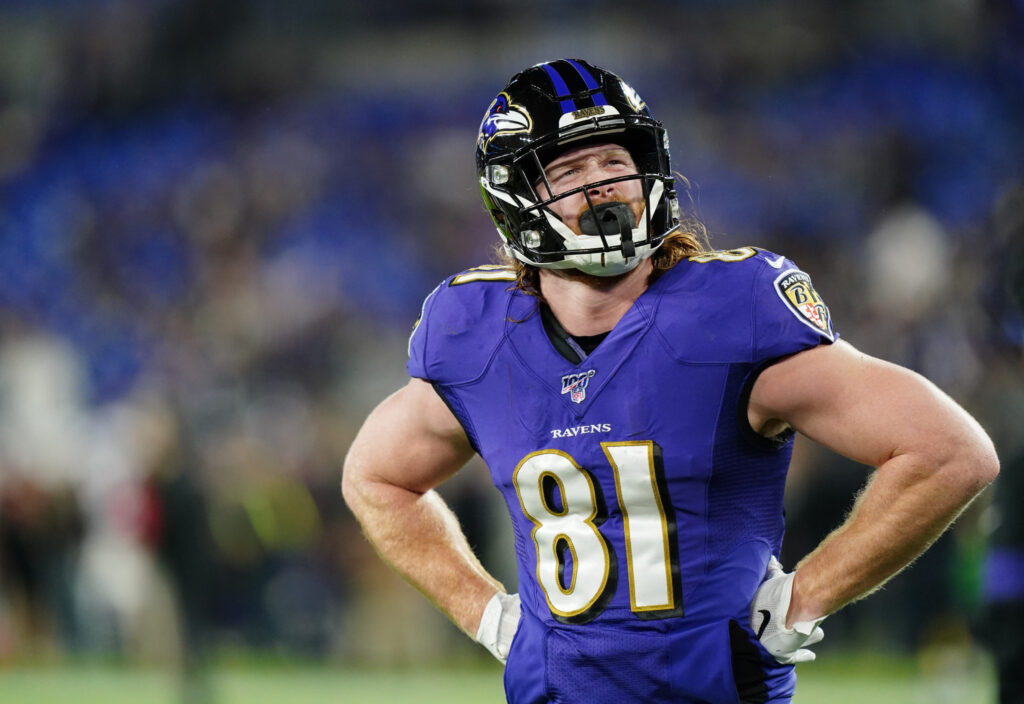 During his rookie season, Hayden Hurst was the brunt of much criticism. After snagging just 13 passes, he was labeled by many as another first round bust for Ozzie Newsome. But during his sophomore season, a much healthier one than his rookie campaign, the former South Carolina Gamecock flashed skills that attracted the Ravens scouts to Hurst prior to the 2018 NFL Draft.

[Editor’s Note: Video of this transcription is below]

Hayden has speed, athleticism and excellent hands. He’s also fearless when navigating heavy traffic between the hash marks. His upside is obvious in the right offense. Yet despite playing in all 16 games this past season, Hurst caught just 30 passes on 39 targets. His limited opportunities have led to some frustration. He wants the ball more often. Who could blame him? Every TE and WR should want the ball more often, and if not, you probably don’t want him on your team.

Hurst apparently expressed his angst to Gene Frenette, a columnist for the Florida Times-Union out of Jacksonville, Florida, Hayden’s hometown. The frustration led Frenette to speculate that given the depth of the Ravens TE group and the Jaguars interest in Hurst during the 2018 draft, that a trade between the clubs was possible. And then, seeing the Patriots needs at the position, Frenette assumed that there would be interest from Bill Belichick.

And why not? Buy low, sell high, right? Maybe, just maybe, the Ravens might take a 2020 second-round pick for an underachieving 2018 first round pick. Fair assumption, right? The Ravens can deal from a position of strength for draft capital which then can be parlayed into resources for a position of weakness. But it’s not that simple. And if a football betting guide placed odds on a Hurst trade, they’d be pretty high!

Hayden has uncommon explosiveness at his position and it’s not hard to imagine a drastic bump in his productiveness if given the opportunity. In Baltimore his productivity is circumvented by a run-first offense and the presence of Pro Bowl TE Mark Andrews. But here’s the thing. The Ravens don’t give up on first-round picks that quickly, particularly one that has shown upside. So, they are unlikely to take less in the form of draft capital than the 25th pick in the draft represents – 720 trade value points. And let’s not forget that Hurst is the last No. 1 overall pick in Ozzie Newsome’s career as the Ravens GM.

There may be some sentimental value in the pick, value that Eric DeCosta isn’t likely to easily discard given how close the two executives are. 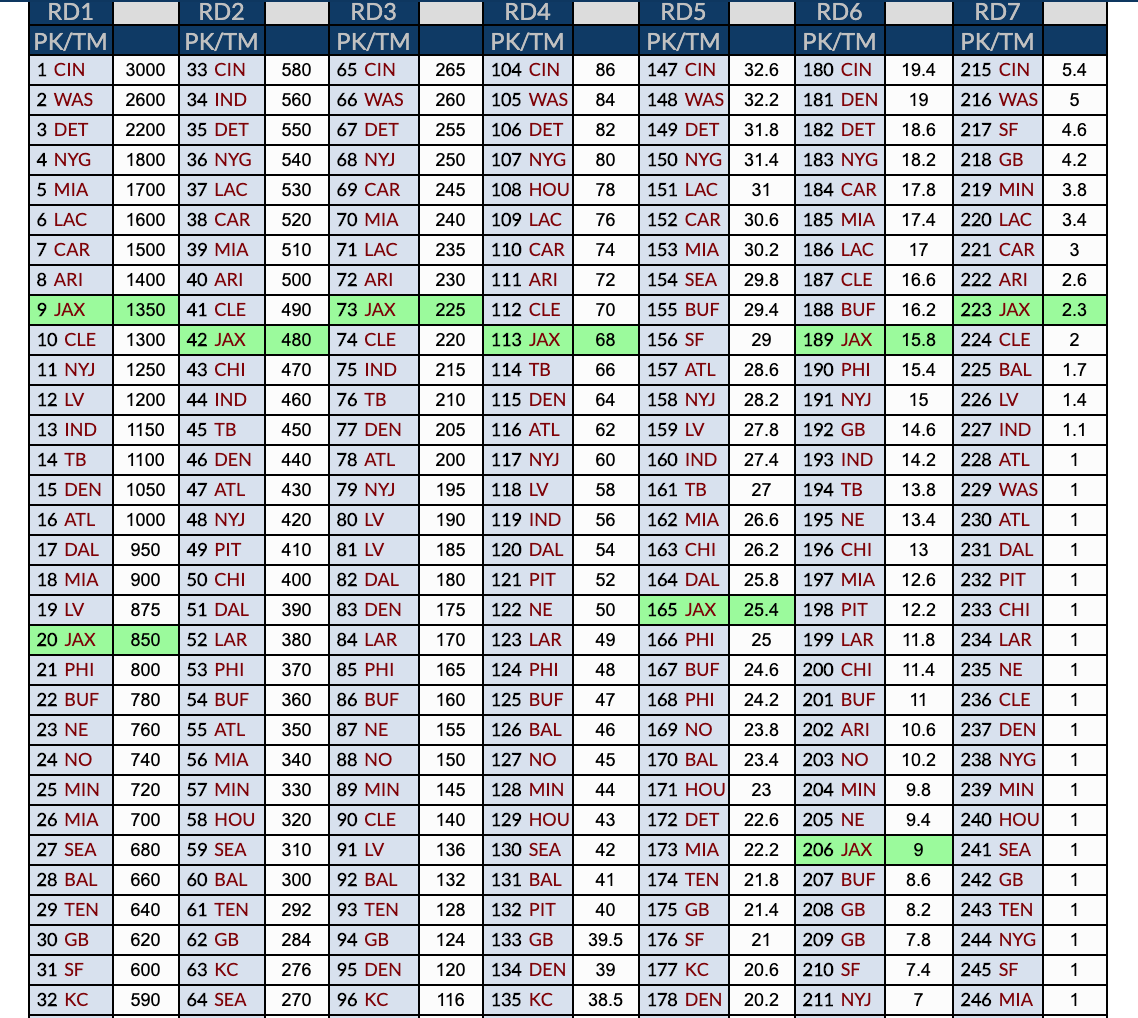 And then of course, the right trading partner has to be uncovered. The Patriots clearly have a need but it could be argued that they are in rebuild mode, so they’re unlikely to part with their first-round pick, they don’t have a second, and their three 3rd-round picks add up to just 371 points in trade value. The Jaguars have the drafts 42nd and 73rd picks and those add up to 705 points of trade value. That’s a little closer to the 720 points associated with the 25th overall pick of Hurst, but the Ravens are going to require more juice than that. Why?

By trading Hurst, the Ravens will lose $2.876M in cap space – space that could be used for a decent free agent.

The trade just doesn’t add up.

DeCosta will listen to trade offers but unless Jacksonville throws in their fifth round pick worth 25.4 points and possibly more in addition to their 2 and 3, Hurst is going nowhere. And when he stays, Hayden will be a bigger part of the Ravens offense in 2020.

And that does add up!