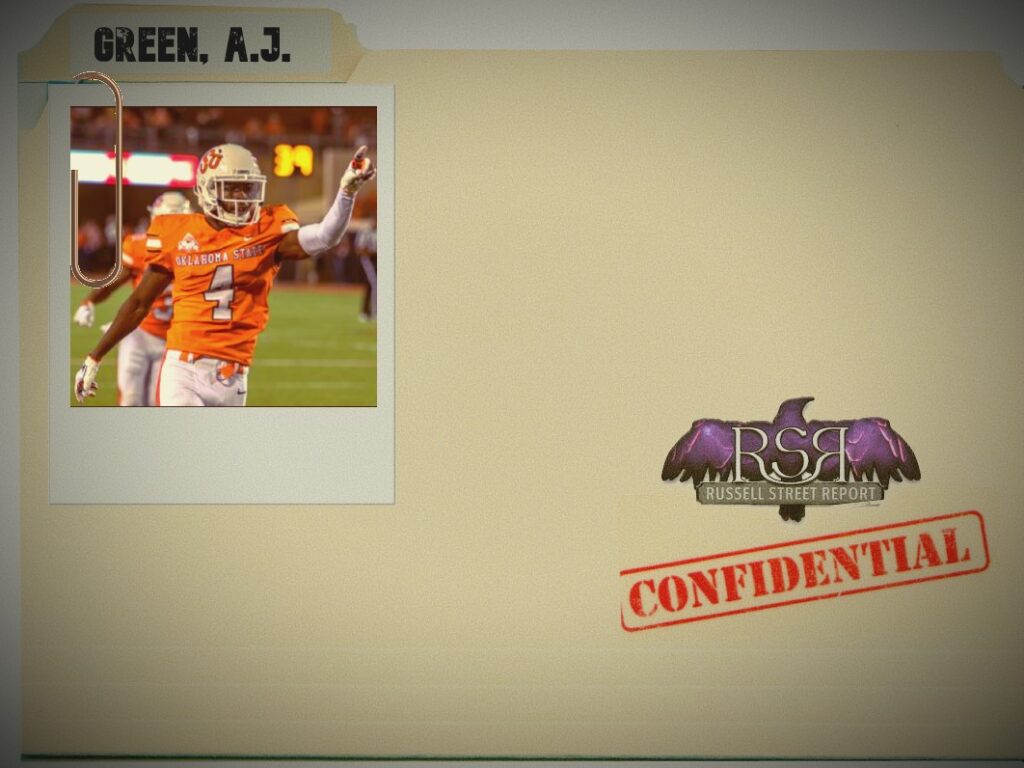 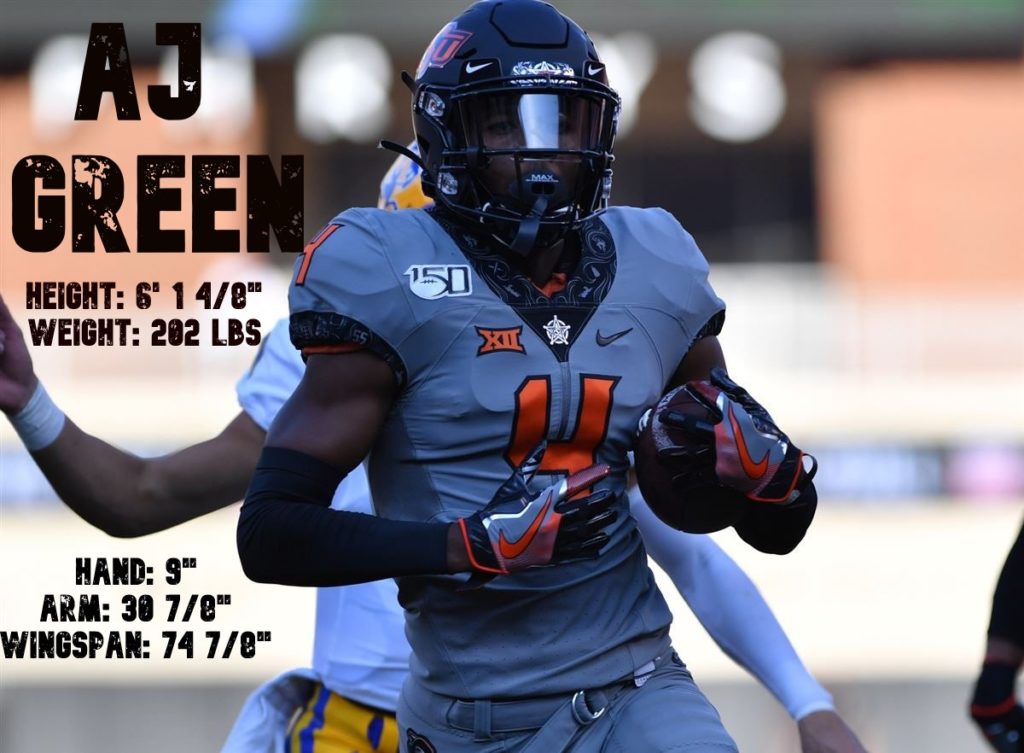 A.J. Green. Lamar Jackson. Two impressive NFL players, two late-round corners. It’s like this draft was made for me to create bad jokes. A starter who played every game since his sophomore year, the next A.J. Green has a slew of awards, including the Barry Sanders Award in 2017, Honorable All-Big 12 in 2019, and the Vernon Grant award in 2019.

An athletic corner who understands how to use leverage against releases, Green flows well with wide receivers on deeper routes, with plus ball tracking capabilities. Projects outside at the next level, but has the ability to play inside in an emergency. Fluid hips allow him to cut and break with ease, and he uses the boundary well as a second defender. I like that he attacks the ball more than the receiver, and doesn’t always go for the big play, instead settling for the defended pass if he can’t grab the interception.

Tackling skills are limited. More of a chase-down group tackler than somebody I’d ‘truss’ solo. Very handsy on intermediate routes and when the ball is in the air. Not sure he’ll be able to fight off bigger Z wideouts, as he tries to be physical and can get manhandled because of it.

Not a very technical corner, even with the strong foundation he shows as a base corner. Not effective against the run because of tackling and physicality concerns.

Anthony Averett has disappointed for the most part, and I’m not sold on Iman Marshall, based on the limited tape we have thus far. Green would give the Ravens a solid depth/developmental player that could contribute on special teams while learning the ins and outs of the secondary at the next level. The Ravens have drafted a corner in the fourth round or earlier in the last five straight drafts (Shout-out to Luke Jones for that), and if that trend continues, Green doesn’t fit.

Claiborne should’ve been a backup for his entire career, but he was ‘forced’ into starting roles where he couldn’t succeed. Much like Claiborne, Green looks like a career backup with special teams upside.

Green has enough endearing qualities that he will get drafted, but he should know that he’ll be waiting until Day 3 to hear his name called.