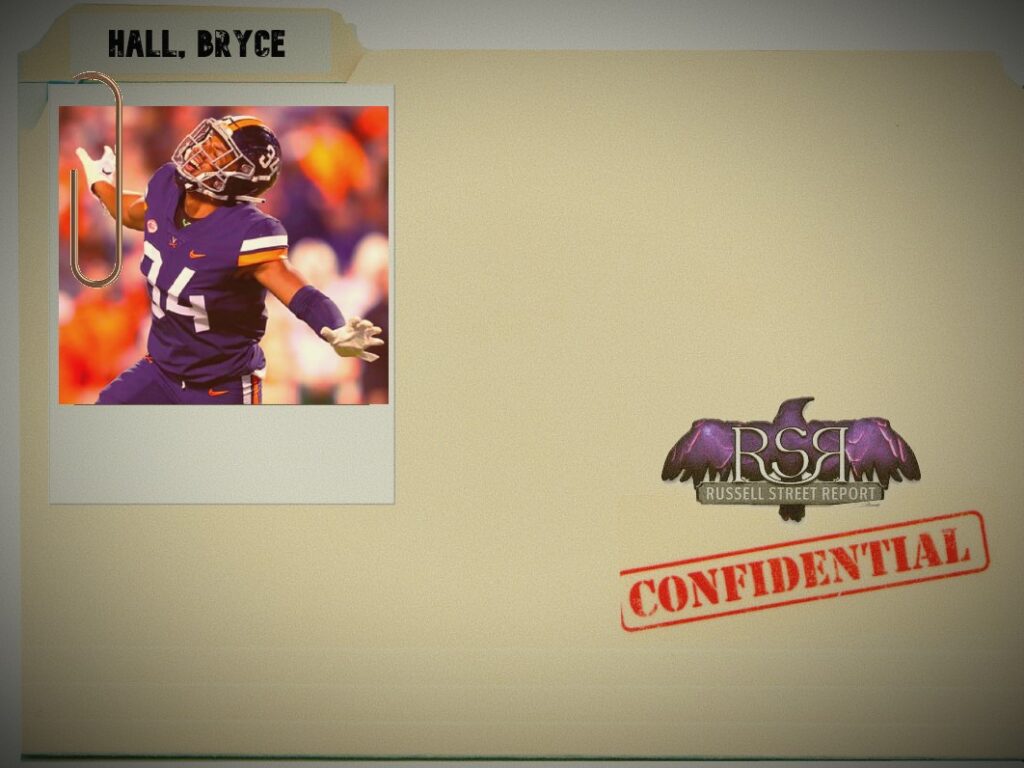 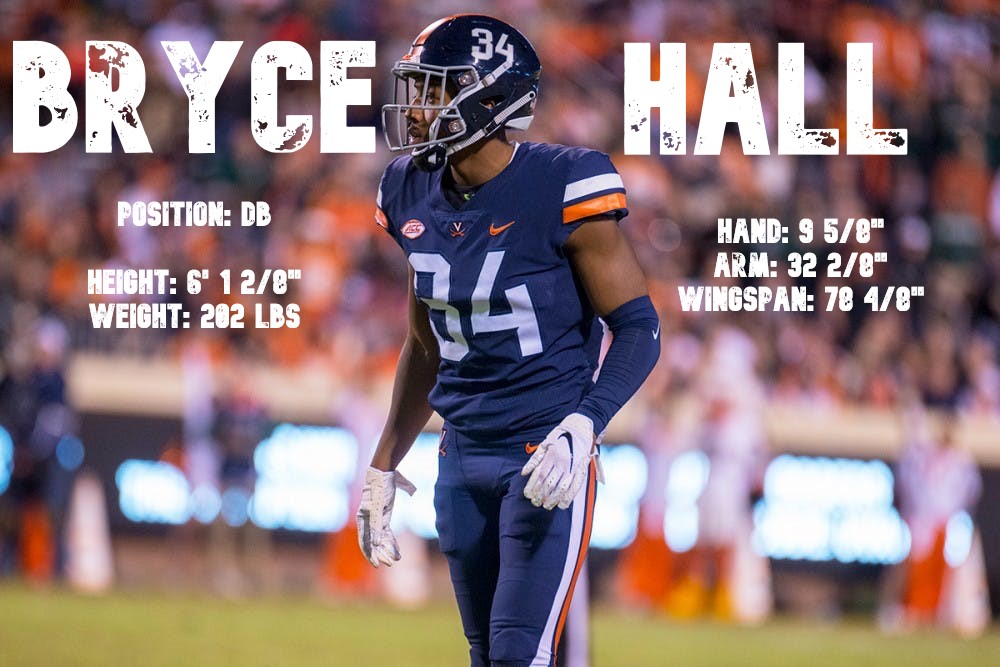 Hall was an All-Freshman in 2016, followed by a second-team All American and first-team All-ACC in 2018. 2019 was essentially a lost season, as he only played six games following an ankle injury. An important note: Hall led all collegiate players in pass breakups in 2018, which led to first-round talks had he declared for the 2019 NFL Draft.

Strong in the run game. Wraps up well when tackling runners in the backfield, and sniffs out the ball well. Uses his size well, attacking the lower part of a runner’s body. Insanely competitive motor allows him to throw off blockers easily. I like his upside on deeper routes, seems to be the best part of his game. Displays good tracking ability while ‘feeling’ the receiver instead of keeping his eyes locked on him.

Can be trusted in 50/50 situations due to his size and ladder ability. Plus zone coverage skills, plays well when allowed to give cushion. Long arms make up for receiver having half a step on him at times. Football IQ is off the charts, and he pays attention to tendencies.

Since he played wideout, he has a deep understanding of what the receiver wants to do in most route combinations.

Not a fast corner, downside of his length is that he isn’t really fluid or burst-y. Press skills need some work, not sure you want him up against the line, or working against smaller, quicker receivers. Stiff hips, sloppy breaks (due to size restrictions).

For all his competitiveness and physicality, you’d like to see more bumps in the contact window. Not sure he’ll do well on a man-cover team.

Bryce Hall is very much a better version of Iman Marshall. If Baltimore is worried about Marshall’s development in Year 2, Hall would make sense as a potential replacement for him. It would also allow Baltimore to have Marshall as a backup or even a safety transition player.

Really wanted to put Iman Marshall here, because I see a lot of his game in Hall’s, but Hall is slower, and is better in zone, where Marshall is better in off-man. I’ll update this with a proper player comp as the pre-draft process progresses.

Hall provides plus upside as a run defender, and can progress into an above-average zone corner. A team likely bites on the ceiling early on in Day 3.