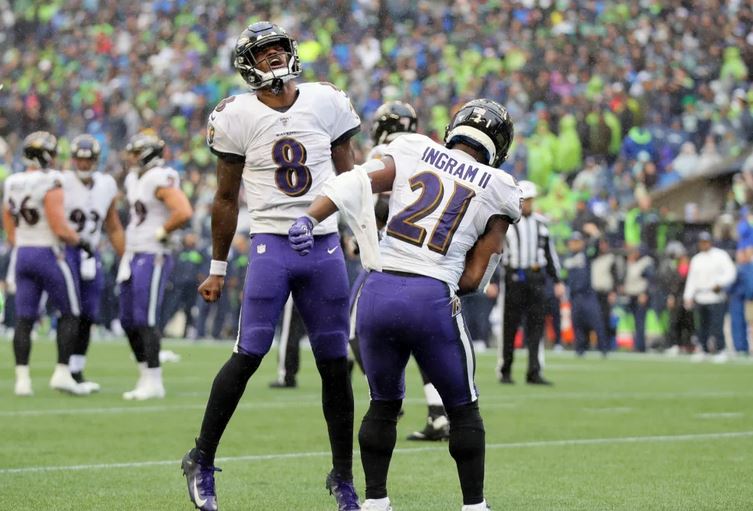 The Tennessee Titans players chanted “Easy Work! Easy Work!” following their victory over the Ravens in the divisional round of the playoffs, a source told Tony Lombardi, Editor-in-Chief of Russell Street Report.

Indeed, the Ravens were never really in the game.

It was a disappointing performance after the best regular season in franchise history.

Was recently told by a member of the broadcasting crew for #Ravens v #Titans that after the game a loud chant of "Ea-sy Work! Ea-sy Work!" was heard outside the Titans locker room. He said that he's never heard such outward disrespect for an opponent. #RavensBulletinBoardMaterial pic.twitter.com/EYkf66PRSJ

The Ravens need to gain the type of swagger enjoyed by the Titans on that day.

They certainly have the talent to dominate opponents.

“Are we capable of winning the whole thing next year? Absolutely, without question.” Baltimore coach John Harbaugh said, “Now we have to go do it. And that’s what we’ll be working to do.”

Going forward, the Ravens will ultimately be judged by their success in the postseason. After one-and-done playoff appearances in the past two years, it’s time for the team to take the next step and make a deep playoff run.

Despite being unanimously named the league’s Most Valuable Player last season, quarterback Lamar Jackson is now facing some scrutiny after being under center for both of those playoff losses. It’s perhaps an unfair judgement considering he’s only 23 years old and was the driving force for the team to even make the playoffs the past two seasons.

Harbaugh is quick to point out that both Peyton and Eli Manning had five losses in their first five playoff games before they won a matchup. Hall-of Famers Joe Montana, Steve Young and Brett Favre didn’t start a playoff game until their third seasons. Drew Brees and Troy Aikman didn’t have postseason success until their fourth seasons.

Jackson also hears those whispers and that’s dangerous for his detractors because he takes special satisfaction in silencing his critics. He was preparing to get to work as soon as he packed his bags for the offseason.

Harbaugh knows Jackson will shake off that playoff disappointment.

“He doesn’t lack for any confidence. I can tell you that,” Harbaugh said. “He understands what it means to take responsibility. And he also has a great sense of urgency to be successful and what it takes to be successful. So, no, Lamar [Jackson] doesn’t lack for confidence. He’s not doubting himself, if that’s the implication that those people are making. I don’t see that at all.”

This is a critical offseason for second-year general manager Eric DeCosta. The Ravens are few playmakers away from potentially putting together another dominant season. The team is also fully prepared to make the necessary adjustments to keep opponents off-balance.

The players and coaches are also embracing the pressure of being one of the favorites to win the Super Bowl this upcoming season.

While the Ravens are in the bottom third of the league with their salary cap, the situation is still better than previous years. DeCosta has the acumen to spend wisely and add the necessary pieces.

That swagger will get bolder with each victory.

“That gives me a lot of confidence where we are going forward. We have a few more resources in front of us right now. We have good draft resources; we have great cap resources that we haven’t had in the past. So, we have a chance to build our roster in a way that we haven’t been able to maybe in the last large number of years.”