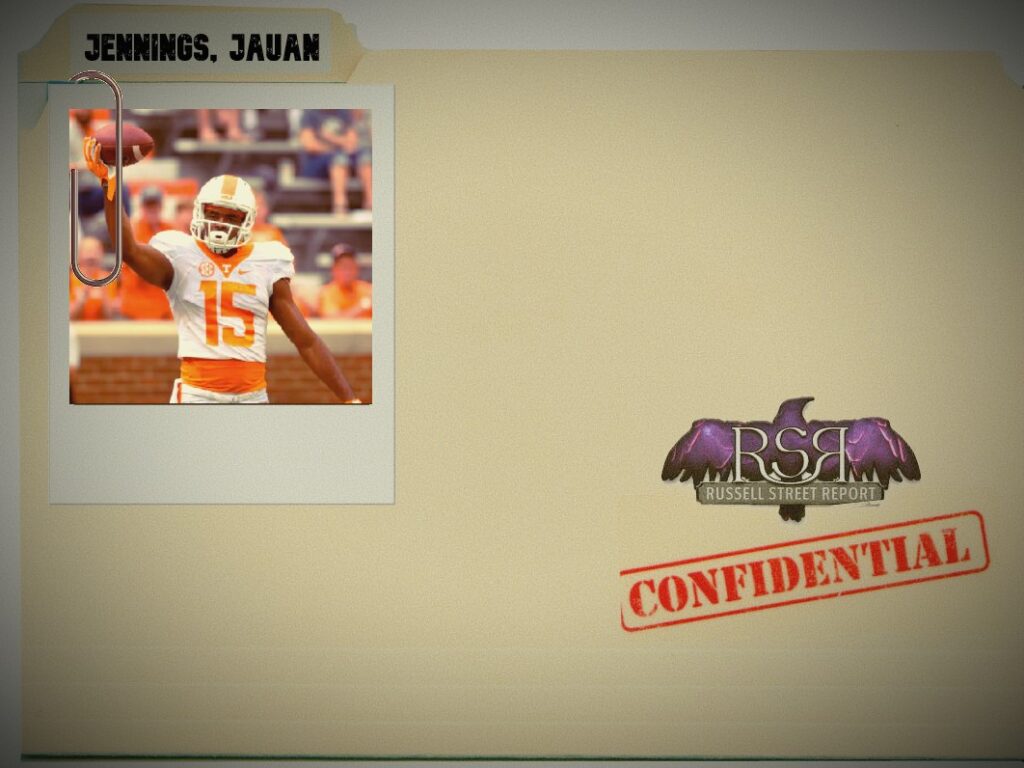 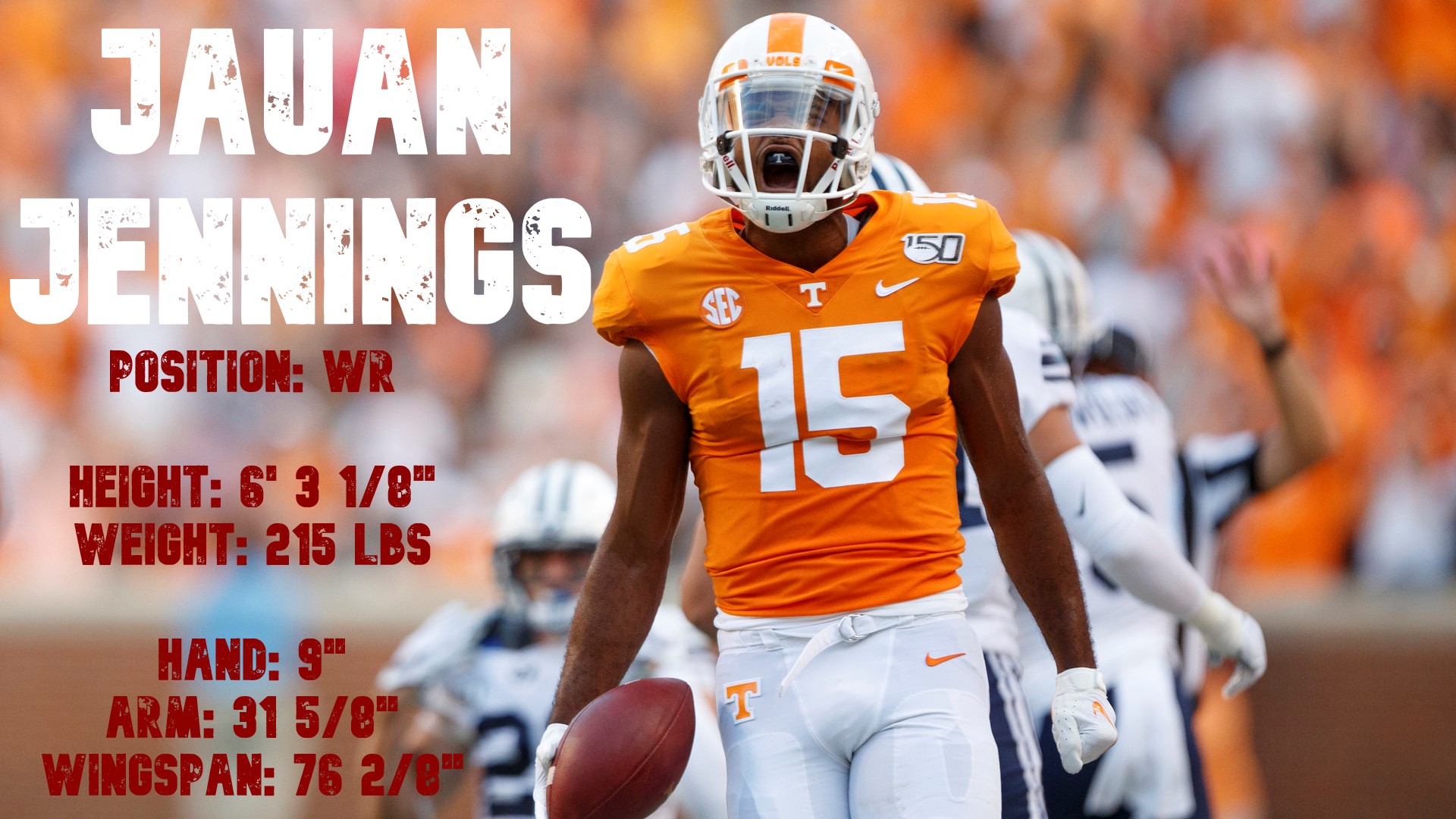 Jauan Jennings was a decorated dual-threat quarterback at Blackman High School in Murfreesboro, Tennessee. After an injury and off-field issues in his 2017 season, he was released from the UT football program. He returned under a new regime in 2018, and played part of the season due to injury. In 2019, Jennings was able to play all 13 games and post a strong stat-line (59 catches, 969 yards, and eight receiving touchdowns).

Teams looking for an alpha personality at receiver will be pleased with Jauan Jennings. Physicality, toughness, and effort to stay up-right stand out when watching Jennings. In-breaking routes (slants, posts, corner-posts, digs, drags, etc.) are the bulk of routes where Jennings wins. His testing numbers match his tape; he is not very fast, but he is savvy and strong in and out of his breaks. Jennings is a guy that should be getting the ball early and often because he is a YAC (Yards After Catch) monster.

He has a basketball style to combination routes (post-corners & corner-posts, etc.) and his head fakes turn around cornerbacks enough to give separation. Jennings does not go down easy with weak tackling attempts; he simply grinds out yards after contact like a running back. He has pretty strong hands, but has some drops on tape when there is a lot of zip on the ball.

Jennings has good 50/50 ball skills. This guy is a football player and will succeed if included in the game plan.

Jennings is a good football player, but he lacks some of the expected athleticism for the position. Jennings ran a 4.72 40-yard dash at the 2020 NFL scouting combine. Thankfully, the 40-yard dash is not the primary measurement of a player; Jennings has some good tape for scouts to see, but poor testing hurts the perceived ceiling of a prospect.

Jennings also lacks quickness and agility in his game. Beating physical press corners will be difficult for Jennings because of his athletic limitations. Lining him up in the slot will give him the greatest chance at success at the next level.

Greg Roman loves to utilize his tight ends in the passing game and Lamar Jackson loves to use the middle of the field. Jennings could come into this offense as a big slot receiver and become another security blanket for Jackson. He wins with savvy route running, strength in and out of breaks, and in 50/50 situations. Jennings could become a quasi-possession WR for Baltimore (minus version of Keenan Allen) garnering many targets and receptions from the slot position.

Who does this description remind you of?

To me it sounds like an Anquan Boldin pre-draft profile. Keenan Allen was similar to Q coming out of Cal, therefore I will reference two awesome players as similar athletic prospects to Jauan Jennings. If Jennings has half the career that either of these guys have had, he will make many fans and coaches happy.

When a team selects Jauan Jennings, they will hopefully have a plan to get him involved early. The team will be betting that his route running savvy and his baller mentality will show up on the practice field and in game. Jennings is a true football player, and one team will get a special player for their offense.