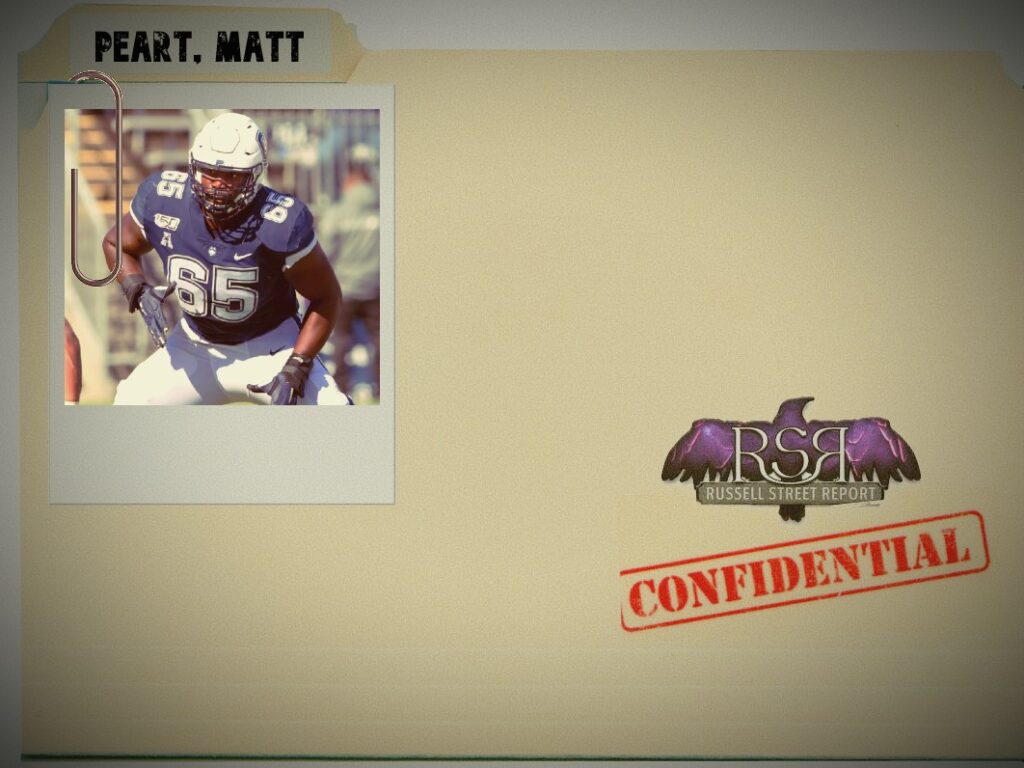 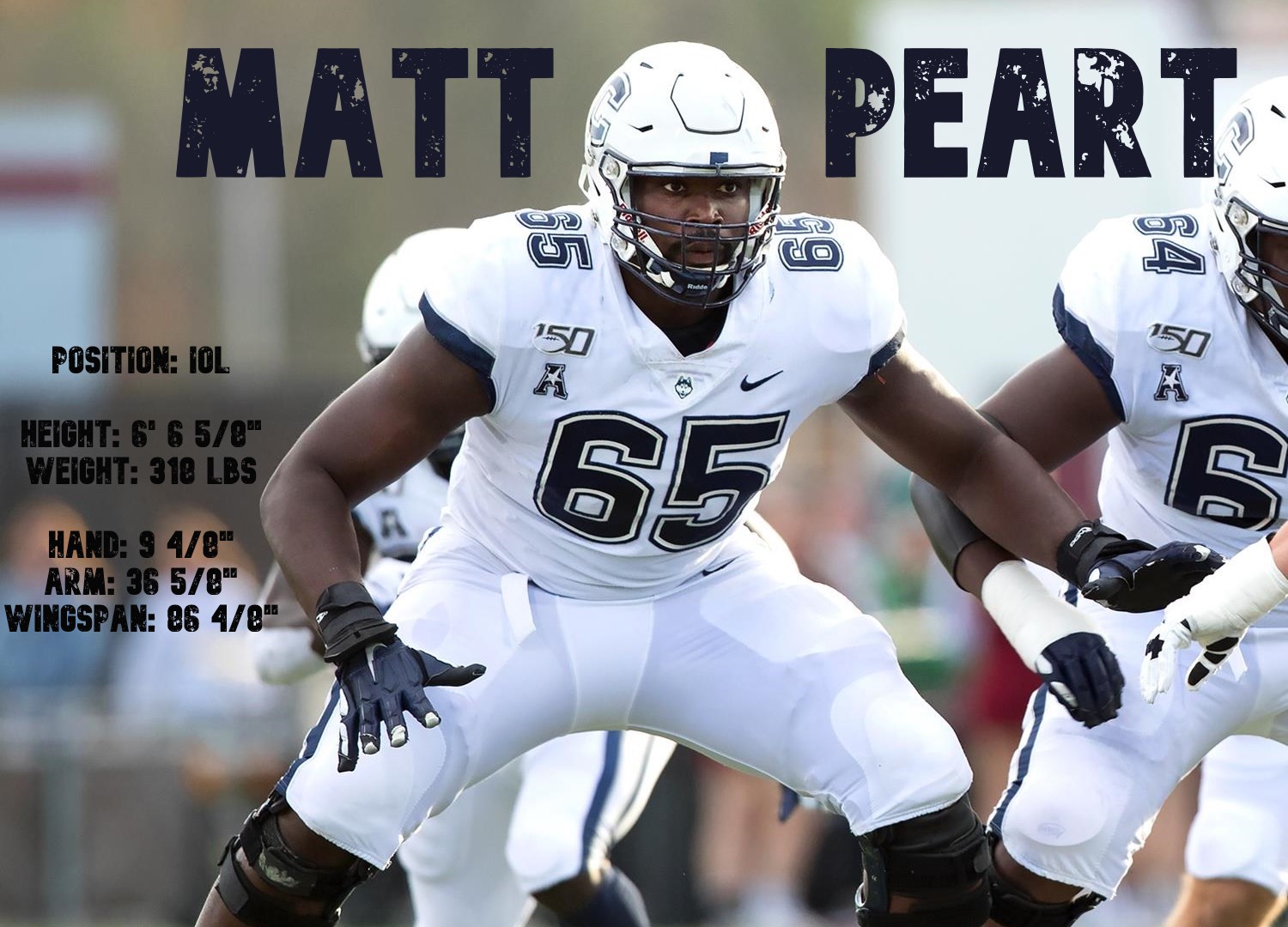 Matthew Peart, a Jamaican immigrant (he moved to Brooklyn with his family at age 4), became a four-year starter at Connecticut after sitting out his redshirt freshman season to gain 40 pounds. He played left tackle for his first two years and played right tackle for the last two years of his collegiate career. Peart was named a first-team All-American Athletic Conference OT in 2019.

Matt Peart is a big man on the edge of the offensive line, but he could become a better offensive guard than offensive tackle in the NFL. Not many guards stand at 6’7’’ but not many big men, that tall move as well as Peart. He is strong to the point of attack, he reaches second-level defenders consistently, he lands pulling blocks with ease, and he always looks for work.

Peart is highly talented and has a blue-collar working mentality; he blocks two defenders on so many plays it’s not worth counting. Run blocking is Peart’s bread and butter. His pass blocking is not terrible, but the move to guard could greatly  minimize his pass blocking deficiencies. Peart opens big lanes for running backs and he loves pancaking linebackers and safeties.

Peart did not play great competition, but he showed ability that will translate to the NFL. He played pretty well in pass protection, but his kick slide lacks the speed or stride length to handle great edge rushers. Peart is going to be a great offensive guard because he will work well in the “phone booth” and this will protect the weaker aspects of his pass protection technique. Peart can also improve his hand placement, because when his feet fall behind, his hands rush. Peart also has room to add mass and strength to his frame.

Peart can compete for a starting job at either guard spot in year one. He is an athletic big man; he lands pulling-blocks at a high rate and he attacks the second level of the defense with ease. Similar to his draft peer, Robert Hunt, Peart is best suited for guard or reserve right tackle. The most intriguing trait that stands out is Peart’s effort and propensity to find work (make multiple blocks in one play).

I envision the lineup playing out, from left to right, as Stanley, Peart, Bozeman, Powers, Brown. Steve Saunders will get his hands on Peart after the draft; he will help him get a lot stronger and more NFL ready. Greg Roman will be pleased getting a grinder like Matt Peart.

Peart is a little bit taller than Foster, but both struggle in their kick slide to move with elite pass rushers. The move inside to guard made sense for Foster, and it will for Peart too. Both of these players could play backup tackle roles, but with some more strength Peart can become a solid starter like Foster.

Matt Peart will be in good position if he has a similar career to Ramon Foster.

Peart will be a strong player after a year of weight training. He can compete to start at guard and has room to improve his pass blocking footwork and hand-placement. The team that selects him in the middle rounds will be getting a future starter with upside.