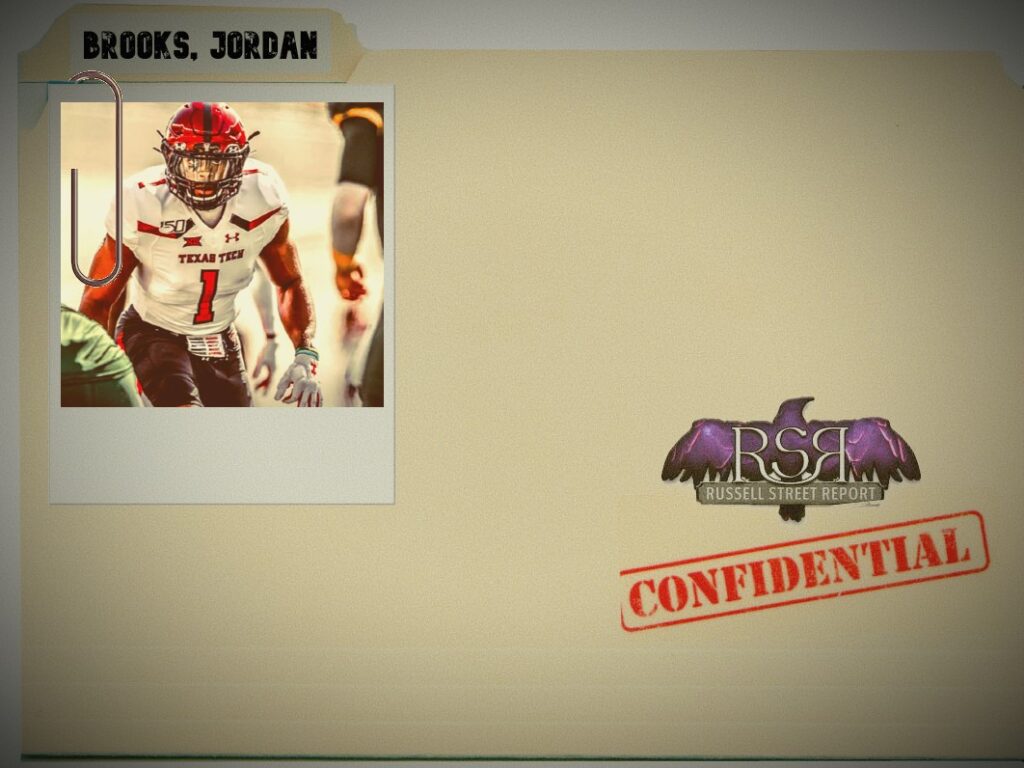 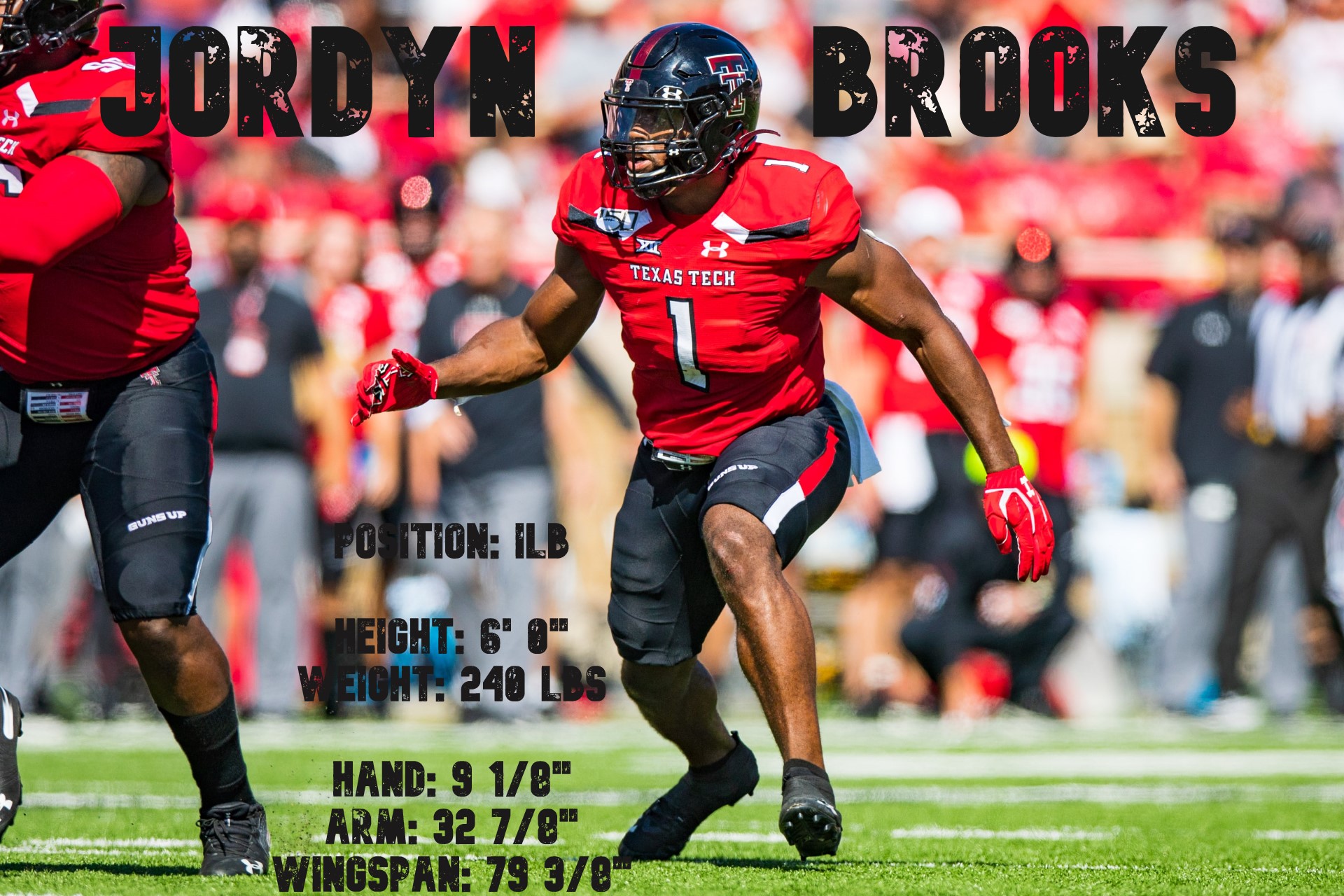 Jordyn Brooks is a 6’0”, 240-lb ILB from Houston, Texas. At Texas Tech, Brooks became an immediate starter and earned honorable mention All-Big 12 honors as a freshman. He was a full time starter in all four years in Lubbock and received all-conference honors in each season.

Brooks is a highly experienced ILB with good size. He has good instincts and a good first step that allows him to effectively read and react to plays in front of him. Brooks has great athleticism for his weight and ran well (4.54 40) at the NFL Combine. His speed and first step allows him to have great range and make plays all over the field.

Brooks’ ability to read and react before exploding downhill gave him huge TFL production in 2019. He slips blocks and shoots gaps to make plays in the backfield. Brooks brings power to his tackling and his experience in the Big 12 makes him a sound tackler in the open field. He has a great motor and plays with an attitude that you want to from an ILB.

His experience and high levels of production should help to ease Brooks’ transition to the next level.

Brooks’ biggest shortcomings come in coverage. Despite over forty games of experience as a starter at Texas Tech, he’s shown little in the way of coverage ability. Brooks’ frequent use as a QB spy or blitzer begs the question about whether his flaws in coverage were being hidden.

When he was used in coverage, Brooks was best in short zone drops and wasn’t given many advanced or difficult assignments. Given his tendency to try to slip blockers, Brooks will occasionally run himself out of a play as he tries get around a block. In the NFL, he’ll need to take on more blocks against the inside run game.

With his size and ability against the run, Brooks projects best as a MIKE linebacker in the Ravens base 3-4 defense. He would be an asset to Wink Martindale’s defense as a force against the run. With only two ILBs (L.J. Fort and Chris Board) currently under contract, Brooks would be competing for playing time right away. Brooks is likely to need significant time to develop his coverage ability.

Until his ability improves and can be trusted in coverage, Brooks would be used as a blitzer or QB spy on obvious passing downs.

Like Kendricks, Brooks is a thick, six-foot tall ILB who was a hugely productive tackler in college. Both players play with a hot motor and love coming downhill to make the play. Kendricks has followed up his college production by being a tackling machine in the NFL and signed a five-year, $50 million contract extension with the Vikings in 2018.

Jordyn Brooks should develop into a starting ILB in the NFL. With good size, athleticism and range, he should compete for playing time during his rookie season. Despite over 40 games of experience as a starter in college though, Brooks has done little to inspire confidence in his ability to be of use in pass coverage. He’ll need a lot of development in coverage before he is of use as a three-down ILB.

Brooks has the potential to be one of the Top 5 ILBs selected and should go sometime on Day 2. Brooks could be an option for the Ravens with the 60th overall selection or one of their two 3rd round picks.