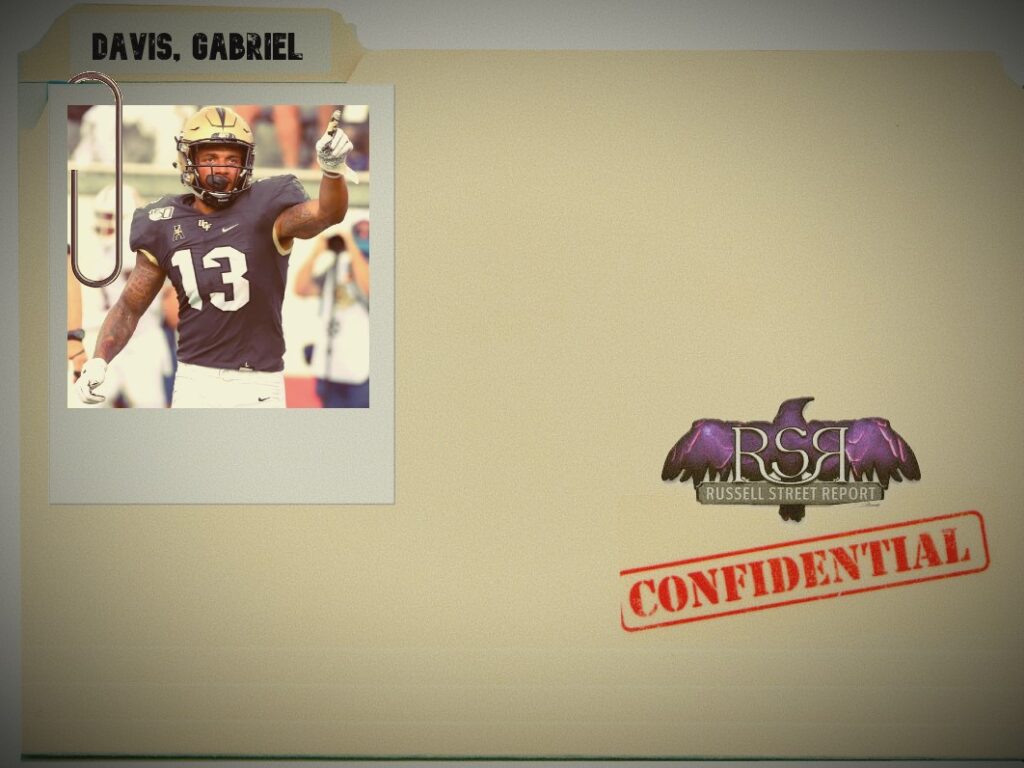 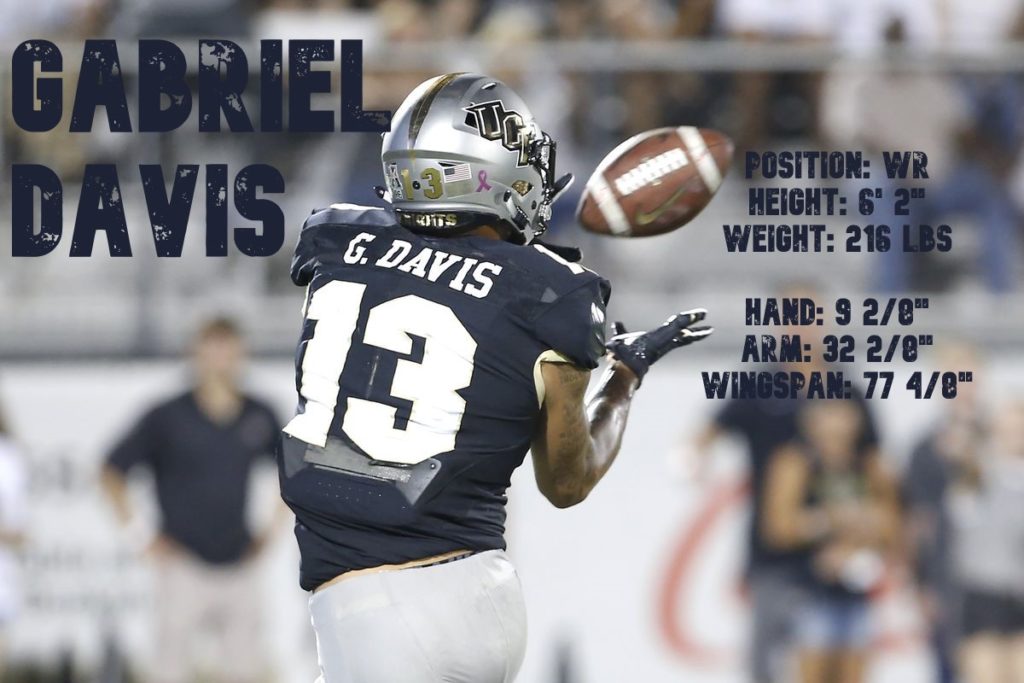 What is it about UCF receivers and being.. not good? Don’t let the first and second-team All-ACC awards fool you – Davis is a project. Most of his production came in 2019, which boosted his draft stock, but his viability as a wide receiver is questionable at best.

The best thing about Davis is his athletic ability. He relies on it to create separation and after-catch yardage, and does well with it. Tracks the ball well and can win in contested catch situations due to his athleticism and willingness to be physical with defensive backs. Plus blocking skills as far as effort and functionality. Likes to attack the defensive back instead of being attacked.

Here we go, kids. Inconsistent hands are just the beginning of his problems. Alligator arms and bad catch baskets lend themselves to lots of shoulda-been catches, and his body catches are some of the most apparent in the class. Don’t love his release, especially out of press coverage, and trying to line him up at X will hurt a team at this point in his development. His route tree is unfinished, and he telegraphs what he wants to do at every level of his runs. He’s not very fluid when trying to create separation, and has to rely on his athleticism to make it happen.

When it does happen, he’s not very creative with the ball in his hands, showcasing limited after-catch ability except on broken plays. Disappointing ability in inaccurate situations, as you’d think that with his athletic ability he’d be more productive in those spots.

He doesn’t fit. He’s a shining example of everything that Ravens fans have complained about in their wide receivers.

This one feels a little on-the-nose since they’re from the same school, but they’re similarly built, similar game speed, and Davis shows some of the same problems already that Perriman had early in his NFL career. People will point to Perriman’s late-season production in Tampa as hope for Davis.

Davis’ athletic ability and 2019 production will likely entice some team to take a mid-round flier on him, but the kid has a long way to go before he’s a starting wide receiver in the NFL. He’ll likely have a lot of struggles conforming to the game at the next level.