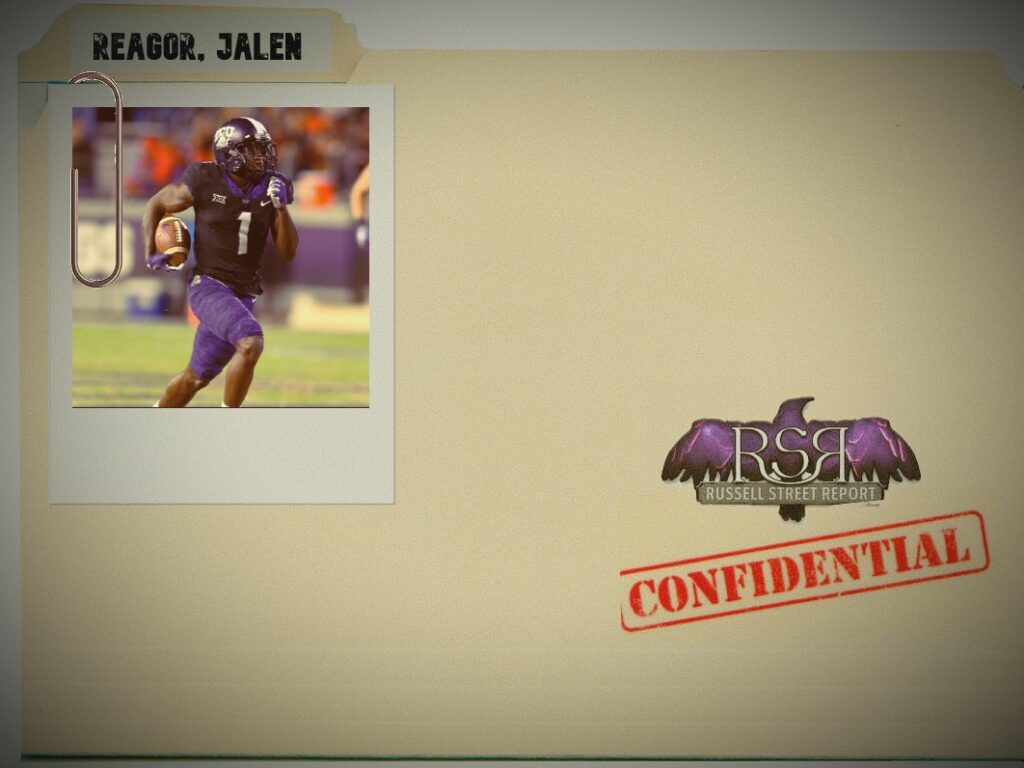 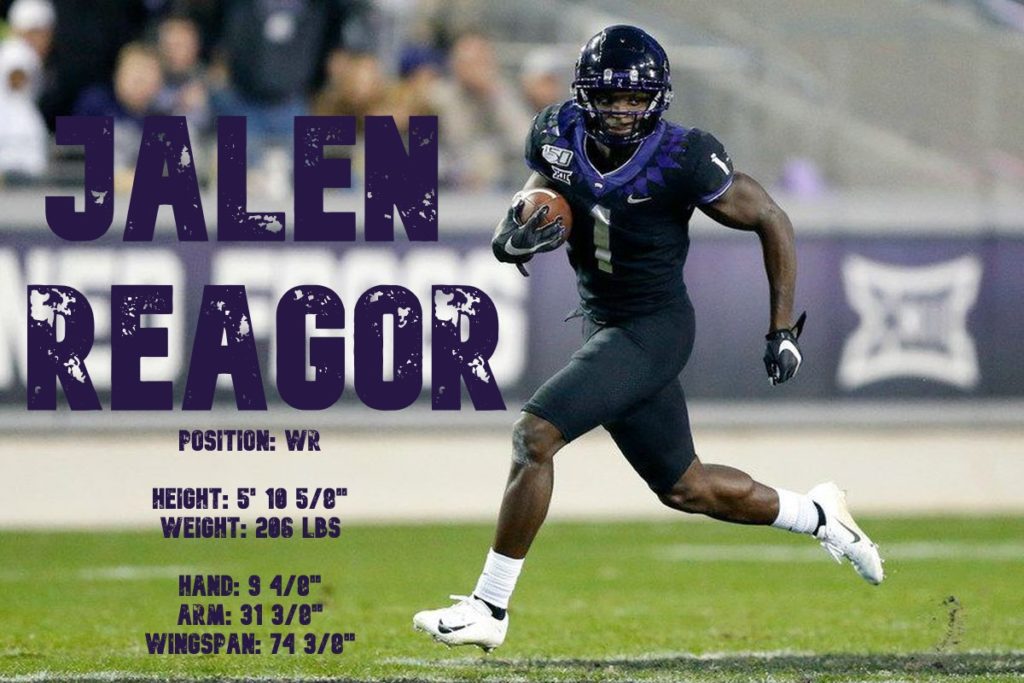 People seem to be a lot higher on Jalen Reagor than I am. The TCU wideout was a Big 12 Offensive Freshman of the Year in 2017, with back-to-back second-team All-Big 12 nods, but has never shown himself to be a complete wide receiver, which automatically knocks him down my board a bit.

His athletic ability helps him be very explosive off of the line, winning with burst and twitchiness. He has fast feet and understands line release techniques. Projects as a Z receiver at the next level, but has spent some time in the slot with productive results. Plays bigger than his size and doesn’t shy away from contact. Will likely make his money in the short game, using his game speed and agility to create big plays out of seemingly nothing. Could contribute in the return game as well.

Biggest concern is obviously his bouts of concentration drops. Shows stone hands in some easy catch situations. Needs to work on hand position and level when trying to reel the ball in. Don’t love his route tree, will need to expand for him to be effective at the next level. Even though he doesn’t shy away from contact, it does affect him, as he gets knocked off of his route easily. Doesn’t offer much in contested catch situations. Press corners will render him ineffective. Doesn’t offer anything in the blocking game. His fire seems to come and go, something he’ll need to change in the NFL.

If Baltimore were to take Reagor, they wouldn’t be to use him as a true wideout. Greg Roman would have to find ways to get the ball into his hands, as he is a true playmaker once he secures the football. While the Ravens already have short field players, Reagor would bring another level to that part of the offense. The problem is that they can’t expect him to be the starting Z or Slot in Year One – especially since those positions are filled.

Similarly built, with similar concerns coming out of college (where does he fit?), if Reagor has a career with production similar to Harvin’s years in Minnesota, he should consider that a win. If he exceeds that production, good for him. He’s a playmaker with return ability that doesn’t quite fit as a wide receiver due to lack of polish.

Reagor’s playmaking ability makes him a lock for a Top 10 WR pick, but unless a team is absolutely confident that they can make him a Pro Bowler early, he’ll go outside of the first round.