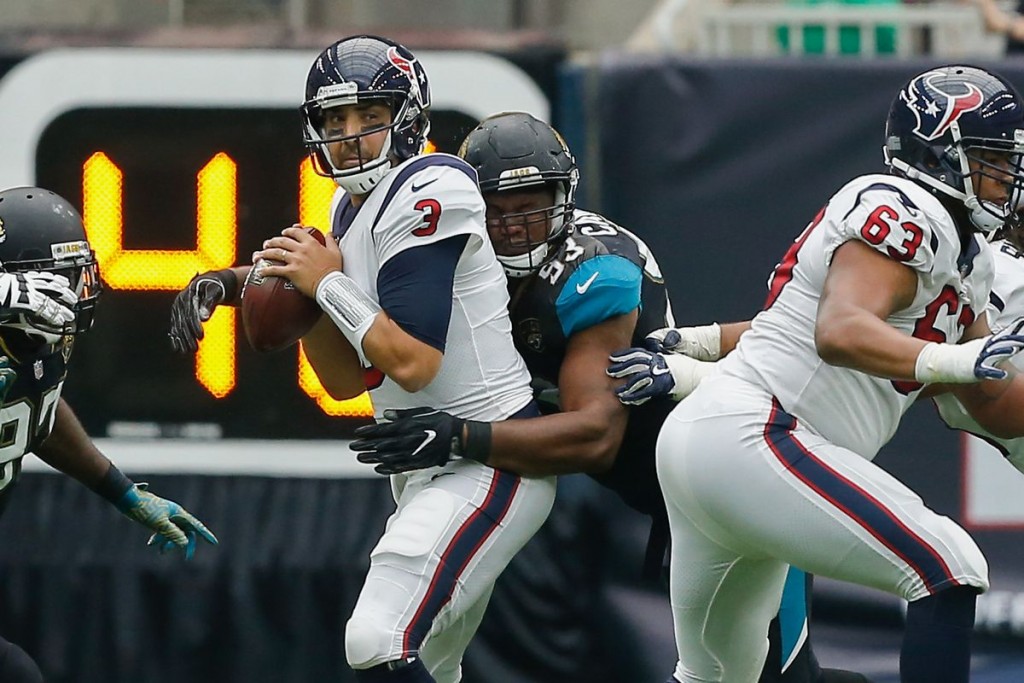 With the Coronavirus wreaking absolute havoc with other professional and college sports, it’s been business as usual for the Ravens and the rest of the NFL.

Over the past weekend, the Ravens finalized two huge deals — placing the franchise tag on linebacker Matt Judon and acquiring Calias Campbell from Jacksonville for a fifth-round draft pick. The NFL players approved the proposed collective bargaining agreement that will ensure labor peace for 10 years.

The league year is expected to open as planned on March 18 and the goal is to move forward with the NFL Draft next month.

None of these deals has compromised the health of any players, coaches or personnel. Some would argue that it’s actually a nice distraction from the pandemic sweeping the world.

Ravens general manager Eric DeCosta is attacking this offseason with single-minded goal of putting together a roster capable of making a Super Bowl run next season.

Judon would have commanded a huge payday in the free agent market and his franchise tag of $16.3 million is a cost-effective deal in relation to some of the other pass rushers who are looking for more than $20 million per season. The deal with Judon also gives DeCosta more time to potentially work out a contract extension to keep him in Baltimore for the foreseeable future.

The acquisition of Campbell marks the second-straight year DeCosta made a splash. Last year, he signed safety Earl Thomas and running back Mark Ingram in the early days of free agency. Both of those players had key roles.

The Ravens, however, need to take the next step after going one-and-done in the playoffs for the second straight year. Everyone throughout the organization is confident the team is just a few players away from making a Super Bowl run next season.

“Our job is to stay ahead,” Ravens coach John Harbaugh said. “Our job is to find the areas where we can come up with new ideas – expand, tweak, challenge people the way they challenged us or the way we anticipate them challenge us going forward. [We need to] have those answers ready, schematically. So, we will be working really hard in the offseason.”

The addition of Campbell will help the Ravens solve some of the challenges with their pass rush. Campbell has solid numbers that should translate to Baltimore. He has posted 31.5 sacks, 44 tackles for loss, six forced fumbles, and three fumble recoveries over 48 games for the Jaguars. He also ranked in the top 20 for tackles for a loss in each of the past three seasons.

He is due $15 million this upcoming season and the Ravens now have $21.5 million in cap space, according to overthecap.com. DeCosta will undoubtedly try to work out a new deal with Campbell over the coming weeks.

I smell a dynasty https://t.co/MyPGzqCaaa

The Ravens still have work to do with adding a linebacker, wide receiver and an offensive linemen or two. But make no mistake, the addition of Campbell makes the Ravens an even bigger force in the AFC. The duo of Judon and Campbell will be a challenge for even the most astute offensive coordinators.

The Ravens will be fast, aggressive and physical.

Of course, the team will go as far as quarterback Lamar Jackson will take them. He is already putting in the offseason work to take the next step in his development just weeks after being unanimously named the Most Valuable Player of the National Football League.

DeCosta will add some more weapons to Jackson’s arsenal, especially with a draft that is deep with wide receivers. He’ll also get some further support on the right side of the offensive line.

The recent moves have also been a nice distraction to the chaos unfolding around the world.

The dose of normalcy goes a long way for the national psyche.