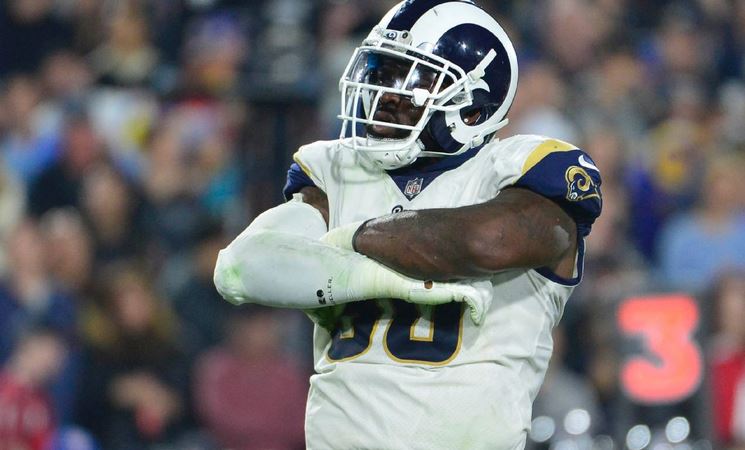 — Eric DeCosta went against Ravens tradition and came out of the gate with a blitzkrieg of moves. Generally, the Ravens show patience in the free-agent market.

— A defensive line with Calais Campbell, Michael Brockers and Brandon Williams should be among the best in the NFL. DeCosta wasted no time establishing more balance on the roster.

— The franchise tag for Matt Judon was a no-brainer, especially how market shaped up.

— Trading Hayden Hurst seemed to be the necessary move for the player and franchise. The Ravens can add a third string tight end in the draft.

I didn’t figure the Ravens would sew up a need pre-draft but here we are. With Brockers and Calais Campbell added to the mix up front the Ravens can focus their attention on Edge, OL, WR and really capitalize on value in the draft. Another strong move from Eric DeCosta.

It’s clear DeCosta is making the defensive line a priority this offseason. This signing was surprising because there was no mention of interest by the Ravens prior to it. I know Brockers is a good player but based on his contract that the Ravens were willing to give him they have high expectations for him. This should be a dominant defensive front that won’t be easy to run on and much more disruptive in the pass rush department as well. There is a lot of money now committed to both the secondary and defensive line. I’m not sure what this means for Matt Judon and that expensive tag dollar figure.

I’m very interested to see what else EDC has in store for the rest of this roster.

I’ve been saying for weeks the #Ravens need to buy their DL and draft IOL, WR and ILB

Well they positioned themselves to do that.

Williams, Campbell and Brockers is one hell of a IDL.

Now we have a lot of picks to build up the OL, WR and ILB group. #RavensFlock

We are still awaiting details on the deals for Campbell, Brockers & Thomas. B4 those are factored in, the Ravens have $18.452M in Salary Cap space. Those 3 deals & ERFA tenders will pretty much eat all of that up. Carr will create $6M, but they'll need to make other moves too. pic.twitter.com/HD4uc954PG

Putting the #Ravens moves in context: Yes they wanted to improve the run D. But they also wanted to get pressure from their down front. Even with a loaded secondary, they didn’t want to rely on blitz schemes. Now you have guys who can either win 1-on-1 OR help their teammates win

Versatility and more interior rush pop are important ingredients that team really lacked last season. When you have an offense like Kansas City, you can’t rely on the blitz to get home.

The @Ravens should now have one of the #NFL's strongest lines in 2020.

Unless the salary cap somehow doesn't exist for Baltimore (investigating now) the #Ravens now have to make at least one SIGNIFICANT cap shedding move.