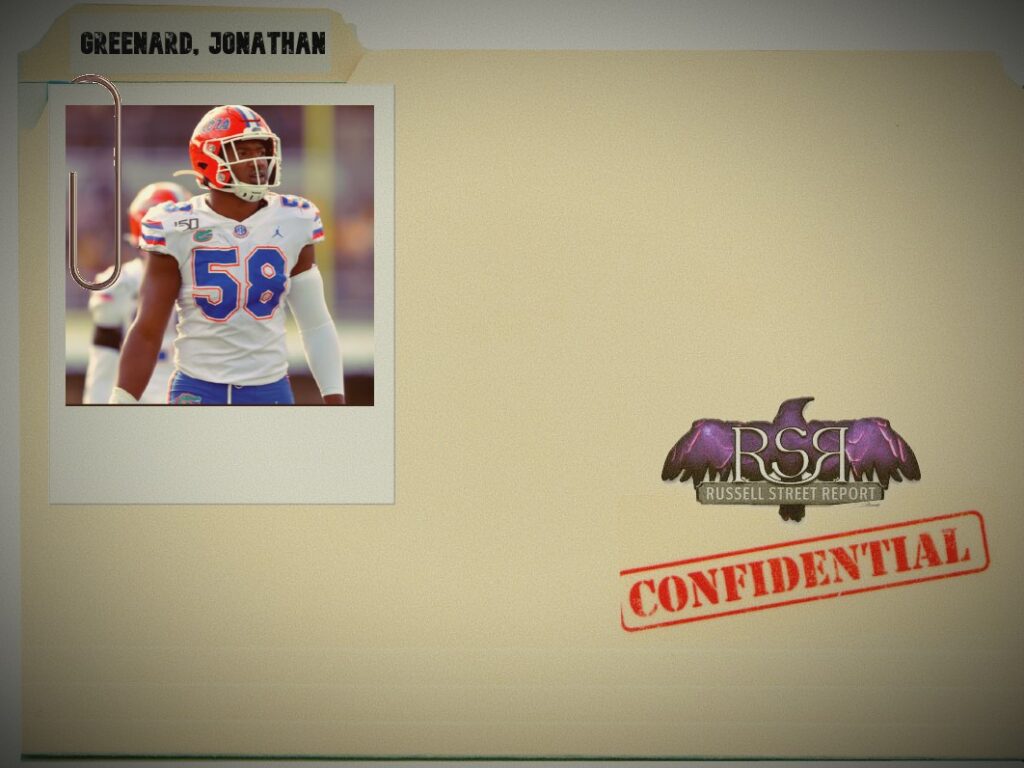 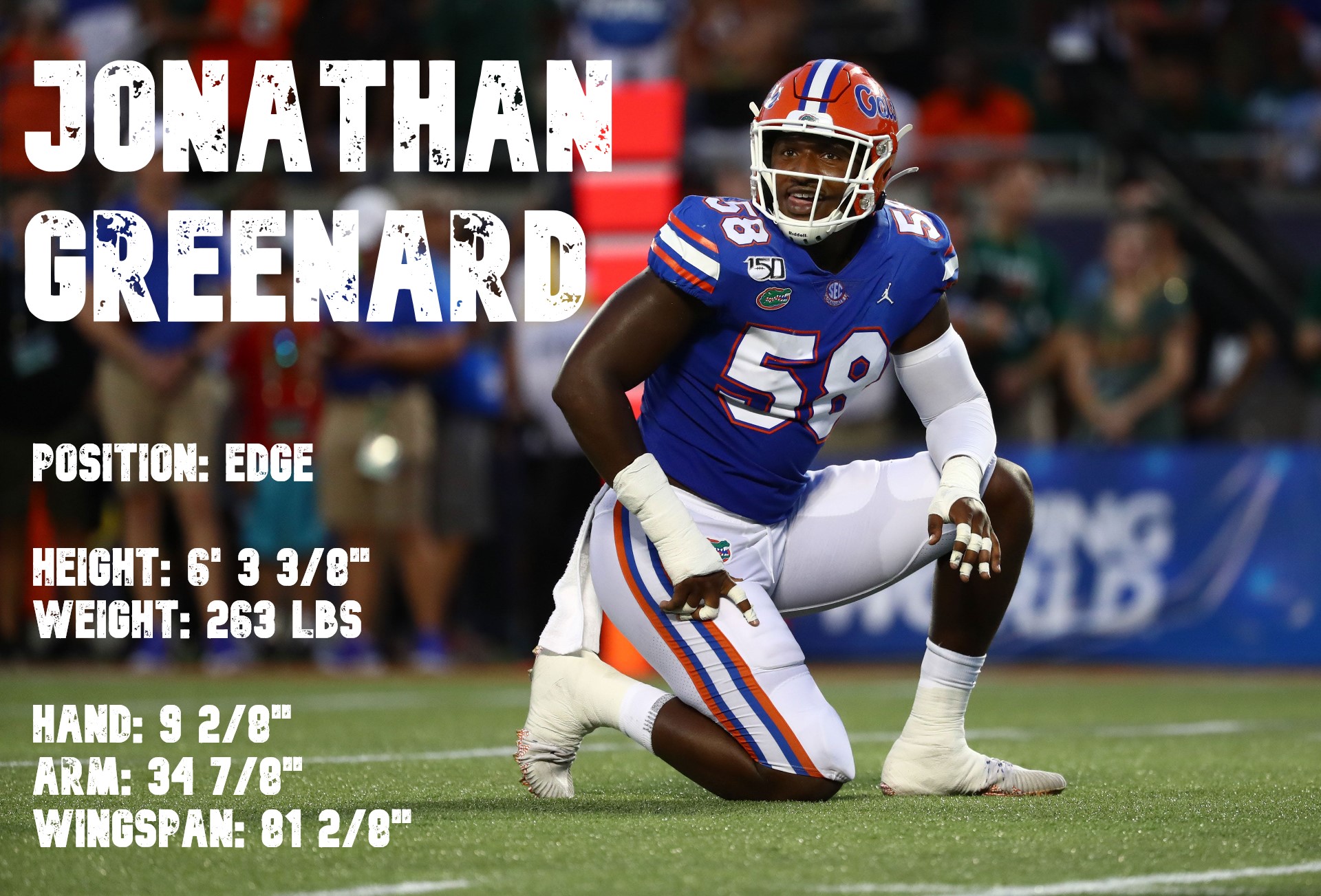 Jonathan Greenard started his collegiate football career at the University of Louisville (where he played with Lamar Jackson), but he decided to transfer to the University of Florida in 2018 after his head coach Bobby Petrino was fired. Greenard was a first-team All-SEC player in 2019 after posting 15.5 TFLs, 52 tackles, 3 FFs, and 9.5 sacks.

Greenard is a cheetah off the line of scrimmage. He has exceptional burst and get-off to be the first defensive lineman moving when the ball is snapped. Speed rushing along with stunts and looping rushes are where Greenard wins the most consistently. He is a pretty steady edge setter in the running game as well. Greenard has some athletic traits that NFL teams covet, therefore he will not slip too far in the draft.

His greatest asset at the next level will be his first-step combined with speed rushing. Greenard has some good ankle and hip flexion in his frame when turning the corner at the apex of the rush. He certainly has potential to succeed at the next level, but his ability to learn and grow as a player will ultimately determine his career arc.

Best Trait: First-step/Speed Rushing (Inside & Out)

Greenard really struggles to get off blocks after his initial rush/plan of attack gets stymied. He certainly could use some work with coaches and successful speed rushers to develop pass rushing counters and proper block-shedding techniques. Greenard is a bendy rusher, but does not have the technique to get off blocks fast enough. He often uses a spin move against tackles, but gets stuck with his back in the frame of the lineman.

Greenard has the athletic tools to drop into coverage a bit, but does not have enough experience to do that right away in the league.

Greenard would begin his career as a rotational pass rusher at an OLB position. Speed rushing around the edge as well as stunting inside will be Greenard’s strong suits from day one. The race car package certainly has room for a player of Greenard’s caliber. Imagine Wink’s creative play calling with Greenard, Ferguson, C. Campbell, Bowser, and Judon along the defensive front.

There would be so many options and personnel groupings with Greenard in the fold. He would fill out the outside linebacker room and could develop into a full-time player in a year or two.

I know, this seems like the classic helmet comparison. Fowler played at the University of Florida, and Greenard just finished his collegiate career at Florida. Both players have good speed around the edge, and have the bend teams look for in outside linebackers/4-3 DEs.

Greenard does not have the same floor that Fowler had coming out, but his ceiling is pretty close to Fowler’s.

Jonathan Greenard will add an exciting pass rusher to the team that selects him. He is a quick run blitzer, bendy speed rusher, and versatile defensive weapon. Greenard will certainly add to the pass rush of any team, and he could develop into much more than a specialist. Greenard is a top 6 player at his weak position in this 2020 NFL draft.