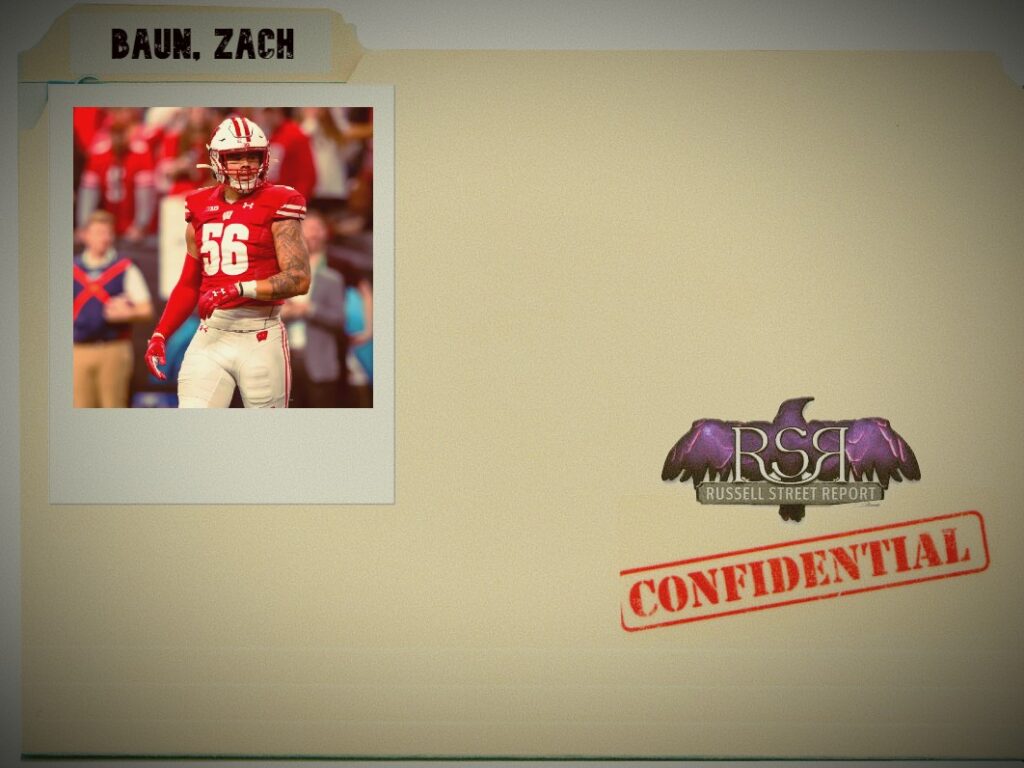 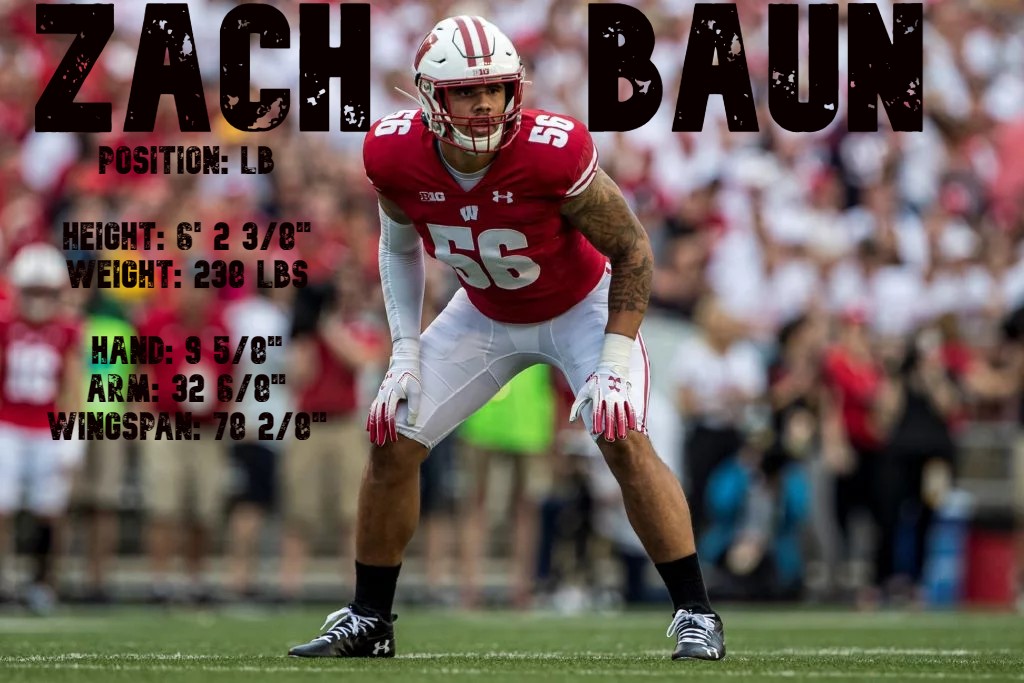 Zack Baun is a 6’2”, 238-lb EDGE/ILB from Brown Deer, Wisconsin. At Wisconsin, Baun saw limited action in his first three seasons before becoming a full-time starter in his (RS) Junior and (RS) Senior seasons. As a (RS) Senior, Baun dominated the box score and was a First-Team All-Big Ten selection.

Baun is a versatile defender with a great motor and a high football IQ. When rushing the passer, he shows a good initial burst upfield. Baun’s high football IQ shines in his clear pass rush plan. He knows what moves to implement against his opponent and always seems to be one step ahead. Baun does a great job to set up his opponents and takes advantage of their mistakes with a variety of counters.

In coverage, Baun looks natural and fluid in his drops. His experience in coverage is invaluable and should aid his transition to the NFL. Baun is a sound tackler and is comfortable playing in space. His ability to play as a 3-4 OLB or as an off-ball LB in any scheme are a huge plus.

Baun is undersized for a 3-4 OLB. He will need to add weight and strength if he is going to be a full time EDGE at the next level. Baun doesn’t possess elite length and may be overwhelmed by long armed tackles in the NFL.

As the end man on the line of scrimmage, Baun can struggle defending the run. The effort is there, but he simply doesn’t possess the weight or length to consistently anchor against bigger OL. His lack of length and mass may force teams to view him more as an off ball LB who can rush the passer on third downs.

While his versatility will be viewed as a positive by some, Baun’s draft stock could be negatively affected by NFL teams who have questions about where he fits in their scheme.

Baun would play OLB for the Ravens and would be expected to be a Day 1 contributor in Wink Martindale’s defense. Depending on how the Baltimore front office and coaching staff view Baun, he could see snaps at different spots all over the defense. He could be used full time at OLB where he is a well-rounded player with the ability to drop into coverage. Alternatively, he could be used primarily as an off-ball linebacker who rushes the passer off the edge in sub packages.

Ultimately, it is most likely that Baun would be played at multiple spots to take full advantage of his versatility in a scheme that values versatility as much as any in the NFL.

Like Baun, Van Noy is a versatile LB who can play as a 3-4 OLB or as a standup LB in a 4-3 defense. Both players entered the NFL Draft with questions about their best position in the NFL. Baun and Van Noy are both high-IQ players who are at their best when their versatility is maximized by their defensive coordinator.

Van Noy signed a four-year, $51 million contract with the Dolphins in March of 2020.

Zach Baun is high-motor, high-IQ player with great versatility. After a year in an NFL weight room, Baun could add needed weight and develop into a valuable starter. If the Ravens value his versatility in their defense, Baun may be an option with the 28th overall pick.

If they don’t select him in the first round, it’s highly unlikely that they’ll get another chance. Baun is widely considered a Top 50 prospect.