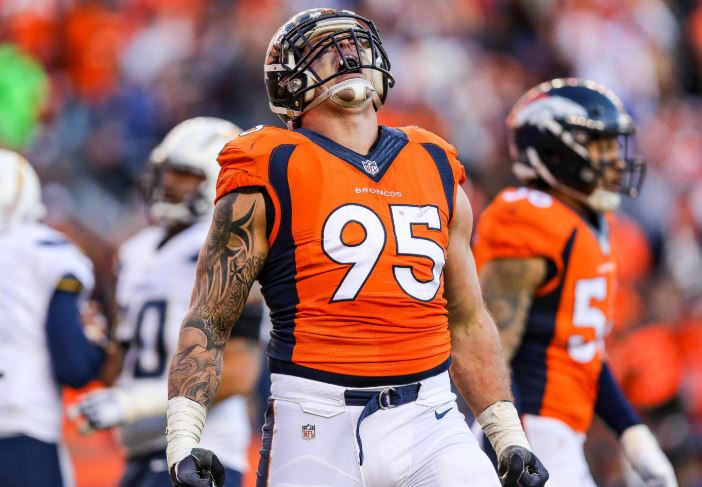 Eric DeCosta had to call an audible last week.

The Ravens’ deal for defensive lineman Michael Brockers collapsed over concerns about an ankle injury he suffered in the regular-season finale with the Los Angeles Rams. The uncertainty about his health prompted DeCosta to re-evaluate the deal.

In the end, Brockers re-signed with the Rams with a contract that was slightly higher than the Ravens offer. Brockers was expected to provide additional for a revamped defensive line that also featured Calais Campbell, who was acquired from the Jacksonville Jaguars in a trade.

An area of perceived strength was now in flux.

The Ravens had already allowed defensive tackle Michael Pierce to test the free-agent market. He was rewarded with a three-year, $27 million deal with the Minnesota Vikings.

There was no doubt the Ravens needed to upgrade the defensive line and find players adept at both getting to the quarterback and stopping the run. Last season, the defensive line managed four sacks, which was the lowest among all 32 teams.

DeCosta swooped in and added the defensive lineman on a one-year deal worth up to $6 million — $3 million in salary, $3 million with incentives. Wolfe can be a key playmaker when he’s healthy. He had 299 tackles, 33 sacks, one interception and one forced fumble over eight years in Denver.

“Chance to compete for a Super Bowl. They have a great defense,” Wolfe told Denver 7 News after the deal was announced.

It was also a more cost-effective move than Brockers, who was slated to get $21 million in guaranteed money. Brockers also would have counted $5 million against the cap, compared to $3 million for Wolfe.

Wolfe, who was selected by Denver in the second round of the 2012 NFL Draft, missed four games last season because of a dislocated elbow, but still managed a career-high seven sacks, breaking the previous high of six that he set his rookie year. Wolfe has played an entire 16-game season just twice (2012 and 2014) over his eight-year NFL career.

In the end, DeCosta did manage to upgrade the defensive line.

It also means the Ravens have about $10 million in salary-cap space.

The team’s most urgent need is now at inside linebacker.

After Patrick Onwuasor agreed to a one-year deal with the New York Jets as an unrestricted free agent, the Ravens are left with L.J. Fort, Chris Board and Otaro Alaka as the only inside linebackers on the current roster.

DeCosta will look to add talent in the draft, possibly with the 28th overall selection.

One player being linked to the Ravens is Oklahoma linebacker Kenneth Murray, who is the highest-rated linebacker on some draft boards. Murray tied for eleventh in school history in total tackles (335) and tied for eighth among linebackers for sacks (9.5) over his 42 career games for the Sooners.

LSU linebacker Patrick Queen is also an attractive option. Queen was ranked third on the Tigers with 77 tackles, 9.5 tackles for loss and 2.5 sacks over 14 games last season.

“I think Patrick Queen would be a great fit for them,” ESPN draft expert Mel Kiper told the Ravens website. “He’s a three-down guy, had a phenomenal year, great tackler. You saw that in the game against Clemson, kind of saved them in a couple of spots there in that championship game.”

Both Murray and Queen have the pedigree to make an immediate impact. DeCosta could also look to add a veteran prior to training camp.

DeCosta has shown that he’s not reluctant to pull the trigger on a deal … that’s one of the few certainties in these turbulent times.