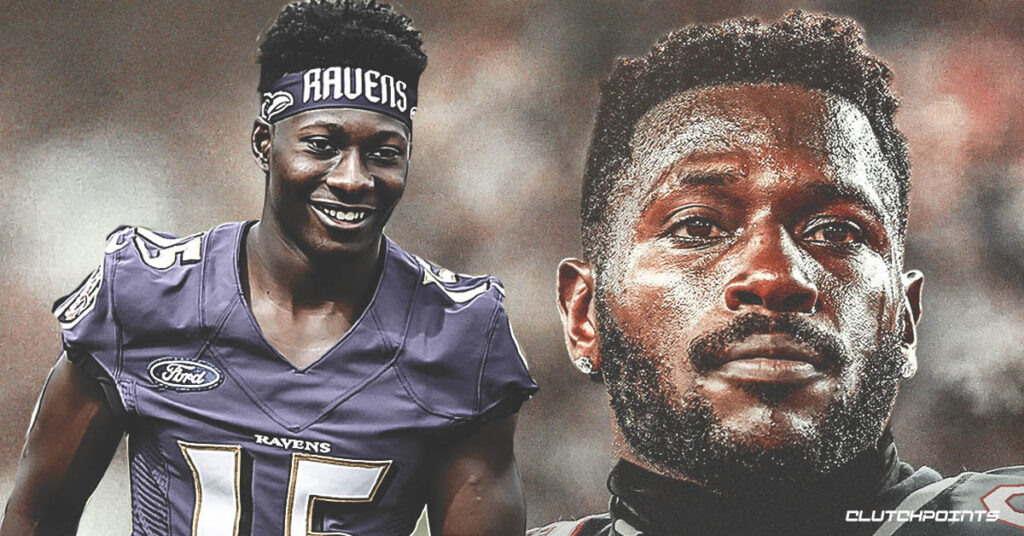 Antonio Brown to the Ravens.

Two years ago, that would have seemed like a dream come true for John Harbaugh & Co. The Ravens would benefit from a major boost to their receiving corps while severely weakening that of their bitter rivals, the Pittsburgh Steelers.

But that was then. Today, Brown is a walking time bomb capable of detonating at a moment’s notice or upon the knowledge that his helmet is a bit different than the one he used while dressed in black and yellow, whichever comes first.

Brown’s demise began during the 2018 season. He tossed watercoolers on the sideline when Ben Roethlisberger failed to spot him open downfield; he chewed out his offensive coordinator while on camera; he posted locker room activity on social media intended for the team only; he repeatedly embarrassed head coach Mike Tomlin; and he threw his quarterback under the bus – publicly. All of it paved the way to his permanent exit from Heinz Field.

AB then took his talents to Oakland where the helmet issues first surfaced. Then there were injuries to his feet stemming from an overindulgence in Cryotherapy. Soon thereafter he shouted racially-charge insults towards GM Mike Mayock. Then came recorded phone calls with head coach Jon Gruden – unbeknownst to the Raiders skipper. Brown skipped practices and created so much unnecessary drama that the Raiders dumped the hot mess despite trading away draft capital to the Steelers and inking Brown to a hefty contract.

The 7-time Pro Bowler then ended up in New England where he hoped to become Tom Brady’s favorite target. But Brown couldn’t keep his mouth shut when a former girlfriend criticized him publicly. Naturally AB had to take the public verbal flogging to another level and that led to credible evidence of domestic violence and ultimately Brown’s release from the Patriots.

Since Bill Belichick said goodbye to Brown, his antics have amplified, not just with his baby momma but also with members of law enforcement. The league has him on indefinite timeout and it’s anyone’s guess where the overtures of domestic violence will go. The effects from that shot to the head courtesy of Vontaze Burfict may still linger. Seriously, the man needs help.

Lately, the noise surrounding Brown has subsided somewhat, save for an occasional Instagram post that leaves you scratching your head. But recently, Antonio Brown popped up again on social media, working out with Ravens, Lamar Jackson and Marquise Brown. And that has led to suspicion that Eric DeCosta may have some interest in AB’s vast talents. 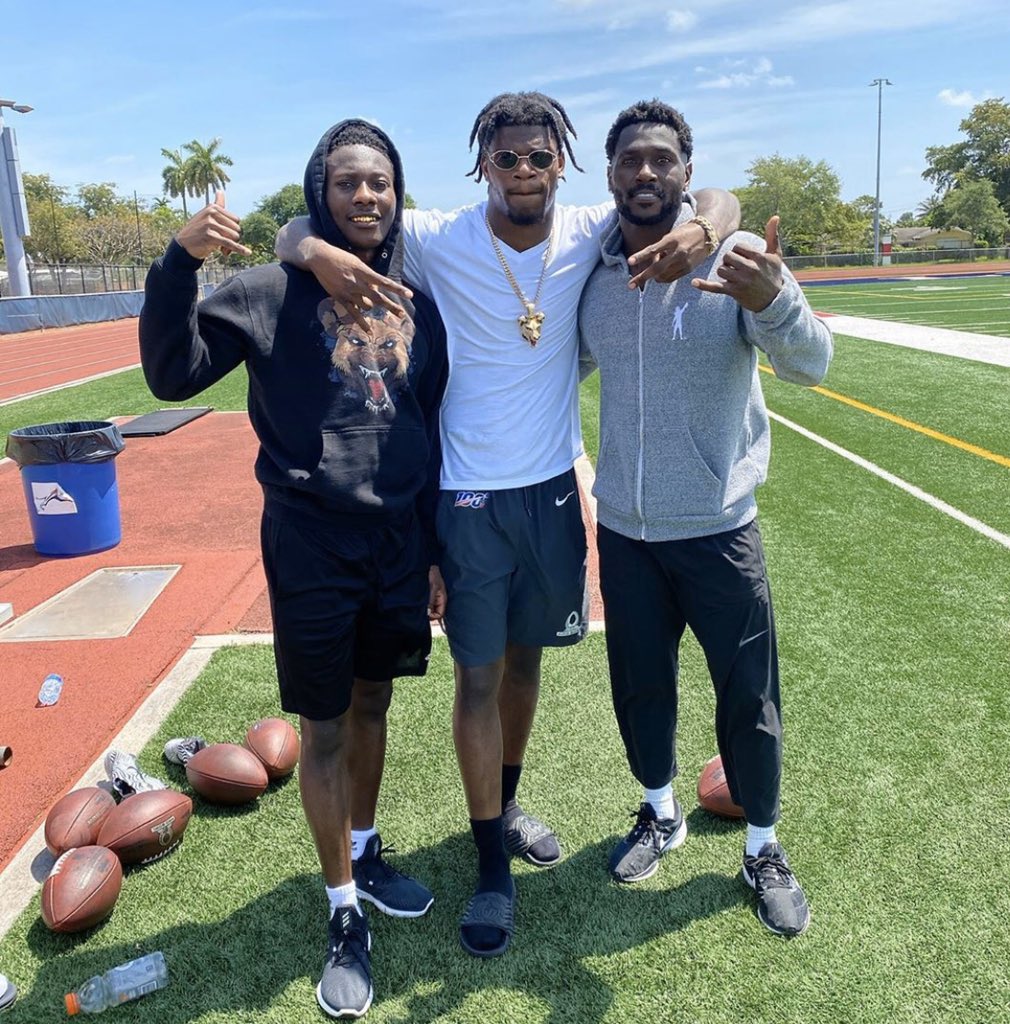 When AB left Oakland, he landed a 1-year deal for $15M with the Patriots, $9M guaranteed. The Ravens were not interested in shelling out any guarantees for Brown and that was when most in league circles just thought he was nuts and before there were hints domestic violence issues. Now that the world has seen the potential of DV in Brown’s world, it would be absolutely shocking, given their experiences with Ray Rice and the organization’s avoidance of players with DV on their resume, to make Brown a Raven.

Even if DV was not attached to Brown, such a signing has risks.

The Ravens are a run-first team and they clearly expect their receivers to support the run game. Given his antics in Pittsburgh, do you really think that the highly combustible Brown would become a willing blocker when he’s targeted five or six times a game? And when it all blows up for the Ravens and AB, how might that then affect cousin Marquise? Might that put Hollywood in a tough spot, torn between family and his employer? And couldn’t such tensions diminish his productivity? Cut short his tenure in Baltimore?

Antonio Brown is the wrong player at any price.

Should the Ravens bring Antonio Brown to Baltimore?