On Monday, we touted our rankings for the Wideouts & Running Backs.

On Tuesday, we doubled down and hit the Interior Offensive Line & Inside Linebackers.

Wednesday, we focused on the safety crop in this draft.

And on Thicc Thursday, we gave our top interior defensive linemen.

What better way to end the week of Big Boards at RSR than hitting on the EDGE group in the 2020 NFL Draft?!

Obviously the 1-2 punch for this position is going to be consistent across the board, but the variance beyond that is notable. Check out what Jake, Cole, Matt & Adam have to say and let us know what you think about the EDGE group in the 2020 NFL Draft!

Analysis: “Chase Young is a bonafide stud, but the rest of the edge rushing class is pretty weak. The Ravens could have an option or two at the end of round one, but will more likely see the best pass rushing contributors (in their draft range) in the second and third rounds. A.J. Epenesa is a very good player that has been linked to the Ravens in the first round, but he may be drafted well before Baltimore selects. Yetur Gross-Matos is the guy after him that could be a plug-and-play pass rusher with some defensive front versatility. Curtis Weaver, Julian Okwara, and Jonathan Greenard (in that order) are my second-round targets for Baltimore. After the day two options, the cupboard gets pretty bare, but sleepers could emerge.”

Analysis: “It’s a very interesting year of edge players. On one hand, Chase Young is an absolute animal, but on the other there’s just not a lot of top-end talent, which may explain the Ravens pushing for a guy like Calais Campbell and upgrading the interior pass rush this offseason. That said, there are plenty of guys who can come in and fit certain roles in the defense. A couple guys I’m high on to do something like that are Darrell Taylor and Jonathon Greenard (who I’m higher on then a lot of the draft community). I’m looking for burst, motor and counters at the POA. Those two bring a lot of those positive qualities.” 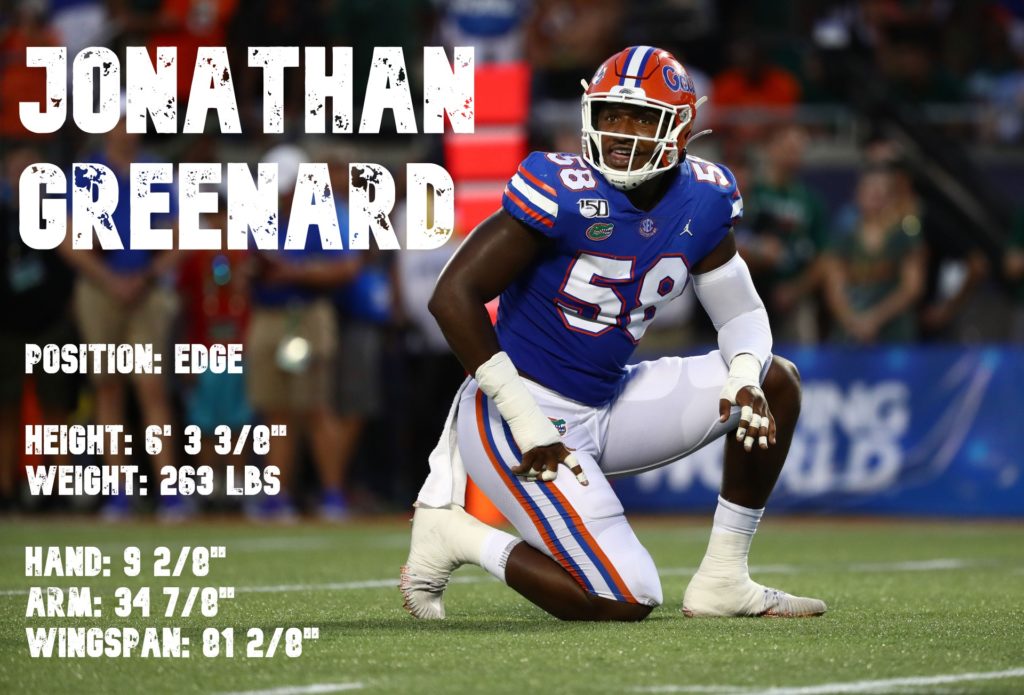 Analysis: “Chase Young is the best player in the draft. K’Lavon Chaisson is what a 3-4 OLB would look like if you built him in a lab and he has the potential to develop into a game-changing pass rusher. A.J. Epenesa is my absolute favorite player in this draft. At 275 pounds, Epenesa has the versatility to play every position on the defensive line and would be a serious asset in Wink Martidale’s hybrid defense. Zack Baun and Josh Uche can play either EDGE or off ball LB and would be very valuable to a Ravens’ defense that is getting increasingly “positionless”.”

Analysis: “Chase Young & Chaisson are going to be gone well before R1P28, and honestly? Not sold on any other EDGE rusher at Pick 28. I think the meat of this draft for EDGE guys falls in Day 2, and it would behoove Baltimore to take a swing in this range where they have 4(!) draft picks. I’ve grown from sour to sweet on Julian Okwara, and I love Josh Uche & Bradlee Anae for their potential upside. One guy I tend to sour on is Terrell Lewis. Potential through the roof, injury potential even higher. Bleh.”