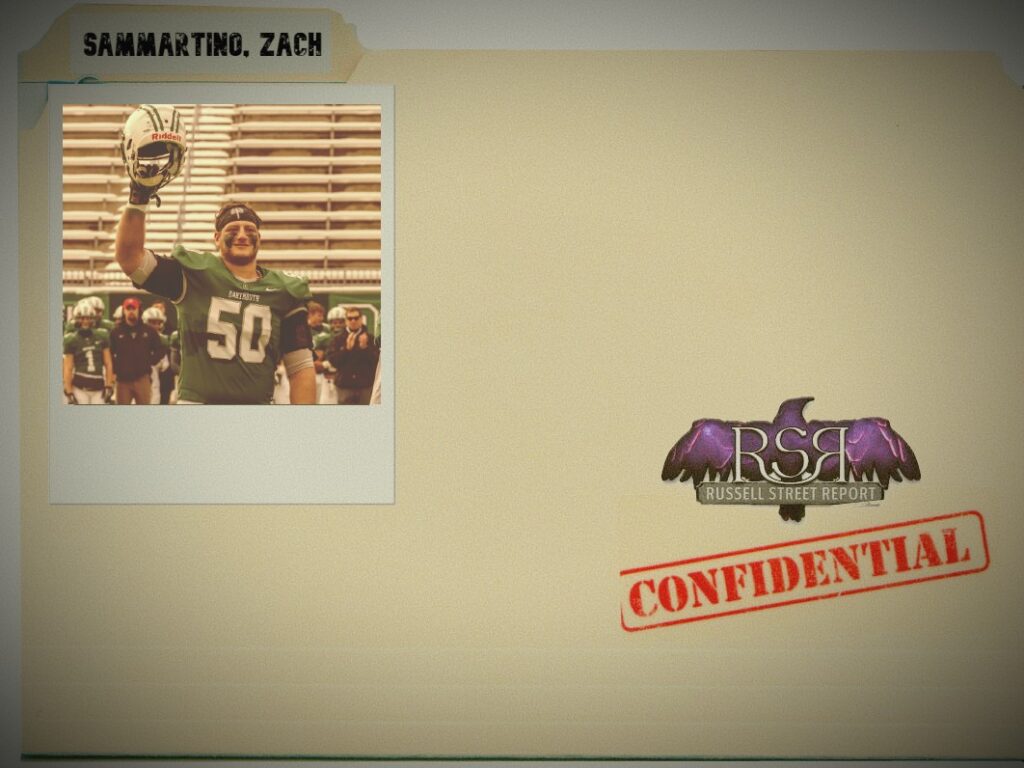 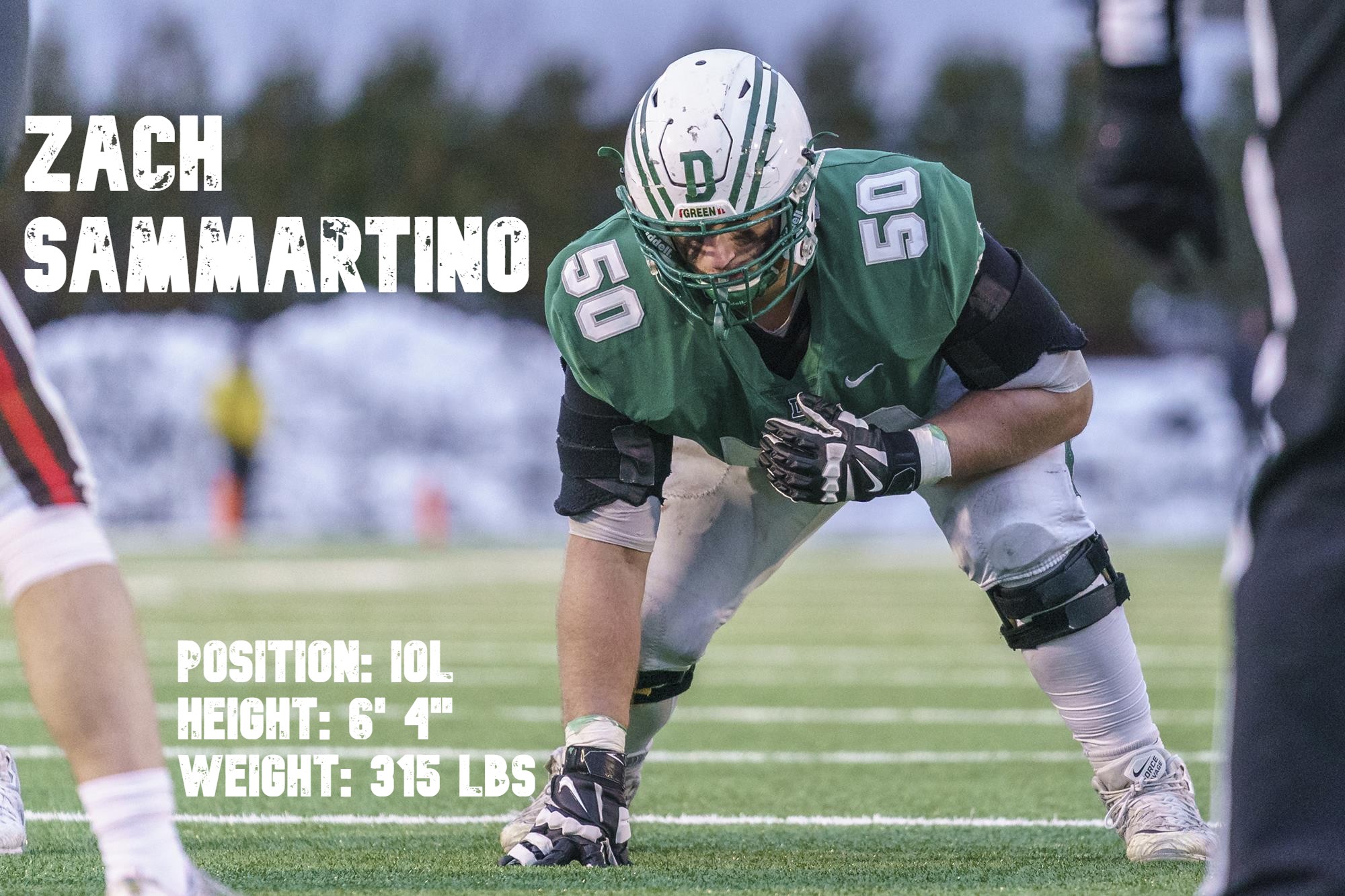 Zach Sammartino is a fifth year player at Dartmouth College out of Pittsburgh, PA. Sammartino took over a starting job in his senior year (2018) and contributed to an impressive Dartmouth offense that ranked 11th among FCS teams in rushing (254.7 yards per game), sixth in fewest sacks allowed (7) and eighth in team passing efficiency. As a fifth year, Sammartino got a lot of notice as he was named to the All-Ivy League First Team, Division I All-New England Team and Phil Steele’s All-Ivy League First Team.

The biggest thing that stands out with Sammartino’s tape is his football IQ and understanding of the play he’s running. It’s a very subtle nuance of line play that I’ve always found underrated. Sammartino regularly works to the right areas of the field during runs and does a nice job of sealing the appropriate shoulder to open running lanes. In draw plays or options he shows patience to work with the ball carrier and times his release up the field appropriately.

On the physical side, he possesses significant upper body strength that overwhelmed defenders. He possesses the ability to maul at the point of attack and if he gets his hands on a defender in his drive block the only way they were able to shed him was to try and throw his momentum off of them, but by that point they were out of the play anyway.

His pass protection is one of the best features of his game and it should be noted he didn’t allow a sack in 2019. He features a devastating punch that lands really nicely against his opponents. High motor, looking for work on every play and appeared to be regularly identifying defenses with his centre.

For a player that dominated FCS competition, there aren’t many things glaring on his tape. Of course, you have to consider that the competition was weaker, but it’s important to consider that as a caveat in the evaluation, not chalk it up as a weakness. The biggest thing that was noticeable is Sammartino’s foot speed is a little slower. Specifically, in his pass sets, he may not get his kick step out fast enough and depended on his punch to keep defenders at bay, which may not be as easy to do at the next level. While his short pulls looked great, I think in some outside zone or longer pulls he may struggle athletically. That said, we should take note of his RAS:

Highest Relative Atheltic Score of any interior offensive lineman in the combine! Thanks to @joepkipp and @MathBomb for running these numbers! #nfl #NFLDraft #NFLDraft2020 @NSAFootball pic.twitter.com/mMh8dFRy0w

There’s athleticism to be unlocked and with the right coaching I think this could be the next gem that the Ravens find on the offensive line.

As for the fit, Sammartino would fit really well in Greg Roman’s gap scheme. As a right guard, he has the power to maul defenders off the line on the power rights that Mark Ingram feasted on. He also brings some solid pass blocking to the table and good awareness to be able to help out in that regard. The question is whether he can unlock his athletic potential to be able to run zone block schemes.

Based on his RAS, I think its certainly possible and I think working with Coach D’Allesandris is a really good fit.