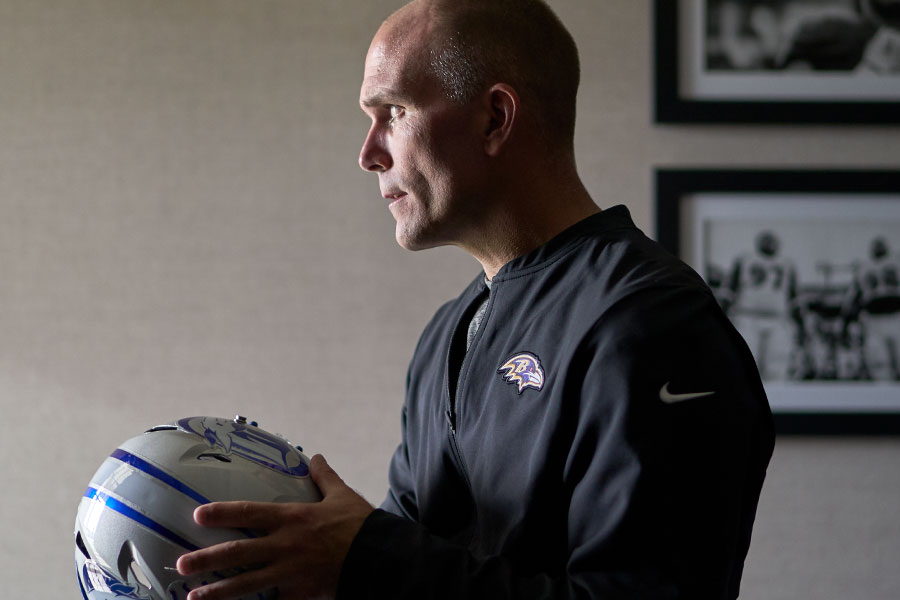 One week from today, the Ravens are going to be a better team.

General manager Eric DeCosta has nine selections in the upcoming NFL Draft to fill areas of need on the current roster, most notably at inside linebacker, the offensive line and wide receiver.  DeCosta also has some flexibility to maneuver with so many picks, but he might want to use all of that draft capital.

DeCosta is a master of keeping his cards close to his chest.

“This year, we do have a lot of [picks],” DeCosta said. “We have the opportunity to maybe go up and get a guy. Normally, when a guy starts to fall, what you find is other teams are trying to trade for him, too, and they’re usually willing to give up more than you’re willing to give up. I think back to a couple years ago, we tried to make a trade for a guy who was falling a little bit, and we didn’t get him.

“And, fortunately, the guy we got ended up being really good, so it worked out. Sometimes the best trades are the ones you don’t make. We just assess case by case and see what we can do.”

Several mock drafts have the Ravens trading up to take LSU linebacker Patrick Queen. DeCosta, however, might be more prone to trade back and acquire extra picks, especially if Queen and Oklahoma’s Kenneth Murray are off the board before the Ravens make the 28th overall pick.

Ultimately, the Ravens are going to stick to their philosophy of choosing the “best player available” and DeCosta will make sure the team maximizes value.

This is a big draft for the Ravens because the roster is built for a deep playoff run next season. The team has already gained huge amounts of respect from most of the prognosticators. In fact, the Ravens are the early favorites in every regular-season game in 2020, according to the odds released by BetOnline.

The Ravens are coming off the best regular season in franchise history and have most of the core roster back. They finished 14-2, won the AFC North and were the top seed in the playoffs for the first time. The Ravens also set the NFL single 16-game-season team rushing record with 3,296 yards.

They also have the reigning NFL Most Valuable Player Lamar Jackson entering his third year. He is primed for another huge season even with opponents trying to figure out the best way to contain him.

There is also a sense of unfinished business among the Ravens players after last season’s disappointment in the playoffs. The sixth-seeded Titans ran over Baltimore 28-12 in the divisional round.

“Obviously, we had dreams and aspirations of winning the whole thing, and unfortunately, we came out and didn’t play our best game,” running back Mark Ingram said. “Give those guys credit. They took advantage of some of our mistakes. It was just a little bit too much to overcome, and we just ran out of time. We didn’t play well, and I think everybody will grow and learn from that.”

The hope now is that the regular season can proceed as planned amid the coronavirus still causing major challenges around the world.

If the Ravens kick off as planned on Sept. 10, they’re going to have their sights on a Super Bowl run with some rookies ready to make an impact.