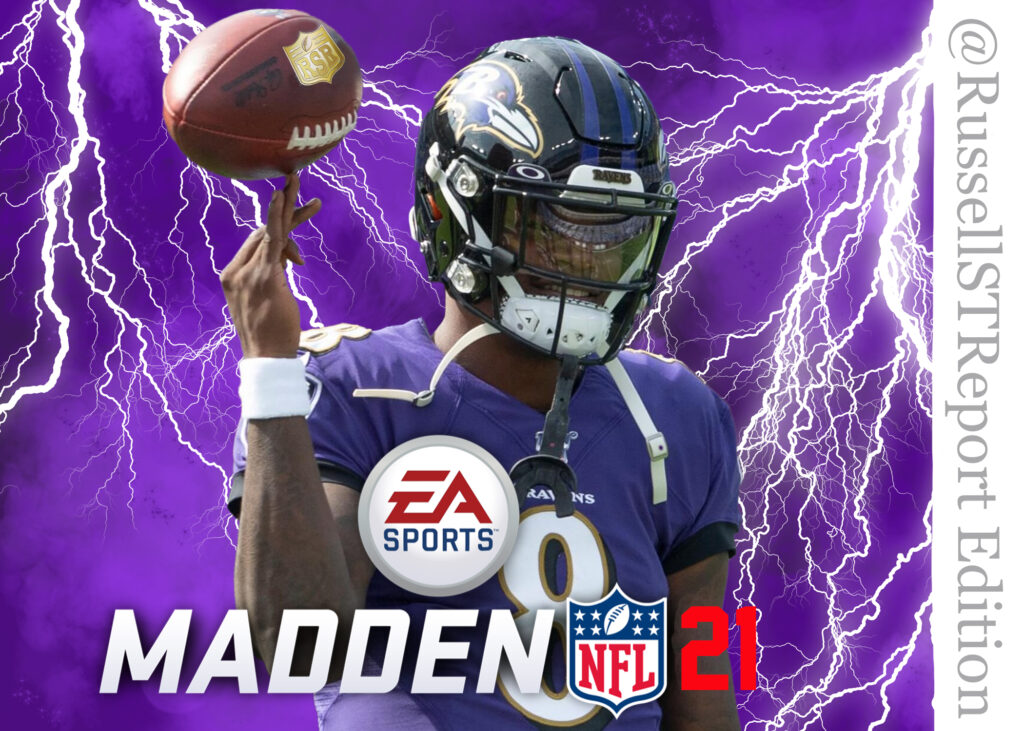 Madden 21 Among The Many Topics Discussed

More than 60 members of the media were part of a Zoom call involving Lamar Jackson. Several national pundits participated in the interview which dealt with a litany of topics, ranging from Donald Trump to Madden 21 to Antonio Brown.

Jackson was again entertaining and forthright with his answers.

Maybe he gave up a little too much information.

When the @Ravens leak your Cover Athlete…😑 pic.twitter.com/qO5I90YxNE

Jackson disclosed that he would indeed be on the cover of Madden 21, which was probably an announcement EA Sports would have liked to make with much more fanfare. Jackson also scoffed at the notion that the honor of gracing the cover comes with a curse.

“I should be on the cover of Madden,” Jackson said. “But like I said, I’m not worried about the curse. Patrick Mahomes was on the front, and he won MVP. So, I would want that curse. I hope that’s the curse.”

The decision also reinforces Jackson’s popularity among fans and how he and Mahomes represent the new guard of the NFL.

Jackson has also been limited in his ability to prepare for the upcoming season because of restrictions with COVID-19. He spent a portion of his time doing pilates, which helps posture, core strength and muscle balance.

Prior to the travel and gathering restrictions associated with the coronavirus, a video went viral showing Jackson, Antonio Brown and Marquise Brown working out together in Florida. That led to rampant speculation that Ravens might sign Antonio Brown, who is dealing with various allegations of misconduct and needs to be reinstated by the NFL.

Jackson admitted that he would love to have Antonio Brown at the receiving end of his passes.

“I’d be happy if they signed him,” Jackson said. “He’s a great player. He showed it each and every year when he was with the Steelers in the past, but it’s not my decision.”

Earlier this month, Ravens general manager Eric DeCosta did not exactly quash the speculation when he declined to comment on the potential signing of Brown.

In reality, the chances of the Ravens signing Brown are slim to none after a former edict by owner Steve Bisciotti on the expectations of player conduct following the Ray Rice incident.

DeCosta might have been just giving opponents one more thing to worry about.

As far as Donald Trump, Jackson was just having fun with their exchange on social media. The firestorm began when Jackson shared a video on social media by former Louisville teammate Jaire Alexander congratulating him on being selected by the Ravens with the 32nd overall pick in 2018.

“Someone actually texted me about it,” Jackson said. “They were like, ‘Donald Trump just tweeted you.’ So I was like, ‘Yeah?’ [I] got on Twitter and saw he was making a statement about how he liked the pick, and me being a great pick, my teammate congratulating me and stuff like that. I was just like, ‘Appreciate that.’

“That’s what ‘Truzz’ means. I’ve been saying that all year, so I don’t know why it got blown up like that.”