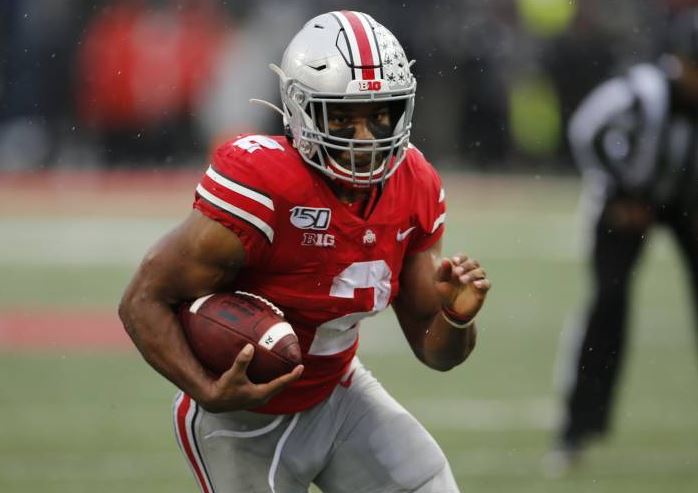 The purpose of any NFL Draft is to improve and in that regard the Ravens have done exactly that arguably more so than any of their divisional rivals. J.K. Dobbins is an ideal fit for the Ravens offense and we have to assume that he represented great value in the collective mind of the team’s front office. Otherwise, why make the pick given their depth at the position? Justin Madubuike is an interior line disrupter and that prevents opposing QBs from climbing the pocket to avoid edge pressure. He may eventually be a best friend to Tyus Bowser and Jaylon Ferguson. Devin Duvernay has the speed to spread the field for the Ravens which opens up the offense even more.

Malik Harrison coupled with Patrick Queen and the improvements the Ravens have already made to their defensive front makes the secondary even stronger, Wink Martindale more creative and silences those who criticized the team’s run defense. Tyre Phillips is a road grader who could use a little polish but there’s no one better to give him more luster than O-Line coach Joe D’Alessandris.

That said, I still have this feeling that there’s a relatively healthy Kelechi Osemele lurking outside The Castle walls.

Wow what a night for the Ravens. I love this draft and the value that Eric DeCosta is getting in every round. Of course I would’ve liked an edge rusher early but DeCosta is being patient and letting the board come to him. He is finding possible starters and role players at positions of need.

J.K Dobbins: This was a bit of a surprise for the Ravens to take a running back this early but I love it. It’s a win-now type of pick and Dobbins should have an immediate impact this year. One of the top running backs in this class going to the team that just set the all-time NFL rushing record? That sounds like a dangerous combination to me. One friend mentioned to me that carrying four running backs may be a bit much. The Ravens have done it before and I reminded him of the Titans game when Mark Ingram was hurt. Gus Edwards is more than capable but when you run the ball as much as the Ravens you need depth and you might as well make that depth high quality. Considering that Dobbins is landing in an ideal situation, I’d say he’s a sleeper candidate for offensive rookie of the year.

Justin Madubuike: A versatile defensive lineman that can play anywhere along the defensive front. This was a really good value pick and an underrated need for the Ravens. Most of the defensive linemen are currently 30 years old or older and on short contracts. They needed an injection of youth and an early round pick to add to the roster. He offers some more interior pass rush and that has also been heavily upgraded since last year. Madubuike may not be a starter this year but he should see some meaningful snaps and Wink Martindale will put his talents and strengths to good use. He had 11 sacks in his last two years along with two pass breakups and a blocked kick. Mel Kiper has been beating the drum for him the last few months.

Devin Duvernay: A speedster with toughness and excellent hands. Did you see how fired up John Harbaugh was when they made this pick? The Ravens have clearly identified what they want and Duvernay will make an impact of the offense this year. I love Lance Zierlein’s line that sums up his style: “Runs like he hates humanity as he blasts through tacklers.” There is now more speed on the field and while Duvernay might not be a polished route runner and receiver he is a legitimate deep threat and yac type receiver that will break tackles like a running back. Along with his great hands the Ravens will know how they want to use him in their offense and get the most out of what he does. DeCosta is doing his best to make the offense “undefendable.”

Malik Harrison: A thumper middle linebacker that will pair up very nicely with Patrick Queen. Harrison was a popular pick to land for the Ravens if they didn’t get Queen or  Kenneth Murray but he offers a different skill set. Queen is slightly undersized and is more versatile while Harrison can be the run-stuffing thumper on early downs along with Queen. L.J Fort can come in on obvious passing situations along with Queen. What was considered a weakness before Thursday night could become a strength for the Ravens this season.

Tyre Phillips: A huge offensive lineman at 6’5″ 331 lbs that’s listed and announced as a guard but also spent time as a left tackle. Offensive line depth was another huge need for the Ravens and more specifically one that had the ability to be a backup tackle was another huge plus. After the Chiefs snagged Greg Senat last year and the Ravens cut James Hurst there was no clear cut backup tackle. Phillips should end up being that guy with a chance to eventually start at guard.

The Ravens perhaps had the most complete roster outside of New Orleans or San Francisco, so Baltimore could afford to take some risks if they saw fit, and that’s exactly what they did.

— J.K. Dobbins, while not my favorite pick, adds to an already deep RB room and makes the team younger.

— Devin Duvernay adds even more speed to the Ravens offense, I just hope he improves as a route runner

— Madubuike most likely completes the revamped D-Line and will thrive in a rotational role. Will add another pass rusher to compliment Campbell and Wolfe

— Malik Harrison is going to be a toy that Martindale will love. A hybrid Off-Ball/Edge guy at Ohio State, Harrison will have a role that will limit his weaknesses, which is in pass coverage.

— Phillips is a developmental guard that is build like a phone booth, but I don’t expect to see much from him year 1.

Judging from the trade back after Mims went to NYJ at 59, I’d have to think he would have been the selection at 60. Knowing that, I really think the Ravens should have gotten their guy at a position of need at WR and hoped Dobbins would be there later. With the team likely keeping 3 QBs, does it make sense to hold onto 4 RBs, as well? This could be the end of Edwards or Hill. That’s not the end of the world given Dobbins’ talent, but again, with an already solid group, I’m unsure of spending a 2nd-rounder there.

I love this pick, and I think it’s a tremendous value. Getting younger on the D-Line had to be a secondary goal in this draft, and Madubuike is a stud prospect who should flourish behind Baltimore’s experienced line this year. Immediately, Madubuike will be able to shuffle in for Brandon Williams on passing downs, accentuating the interior pressure from the get-go

I hadn’t done much research on Devurnay if I’m being honest, but the more I read about him, the more I like. I feel the comparison to Steve Smith Sr. could be hopeful, but Devurnay has the build and a similar style. Needless to say, if we can get that kind of production out of him it’ll change the game for the Ravens. Another huge point — Devurnay catches absolutely everything, which will be great considering how much Lamar loves to throw inside the hashes.

– Harrison is probably my favorite pick of the night, as he should join Queen in forming one of the more formidable young LB cores in the NFL. He is the perfect match for Queen’s slight build and will help pack the box against the run. Incredible value here, and the Ravens have tied a bow on their LB unit in a big way.

When it comes to OL development, I typically defer to trusting the Ravens, who have a strong track record. As a result of that, I’m content with the Phillips selection, though I wouldn’t be surprised if Baltimore took a more experienced interior player like Tyler Biadisz or Shane LeMioux on Day 3.

—  This was an unexpected move. However, the Ravens will boost an already record-setting running attack with J.K. Dobbins, who broke an Ohio State record with 2,003 rushing yards in 2019. He’s a playmaker that will add a new dimension to the offense.

— The Ravens are already deep at running back with Mark Ingram, Gus Edwards and Justice Hill. Does DeCosta look to trade one of those players? Or, does Dobbins the heir apparent to Ingram if Edwards walks for a new deal in 2021.

There are a few RSR guys that were okay with a RB in 2nd round. I was not one of them, but I see the appeal in adding a great running back like Dobbins.

Dobbins could have really been the BPA, so I am good with it. The Baltimore Ravens are going to run the ball a lot (enter Dobbins). He will be an excellent fit with LJ and he’ll take over the starting role in a year or so.