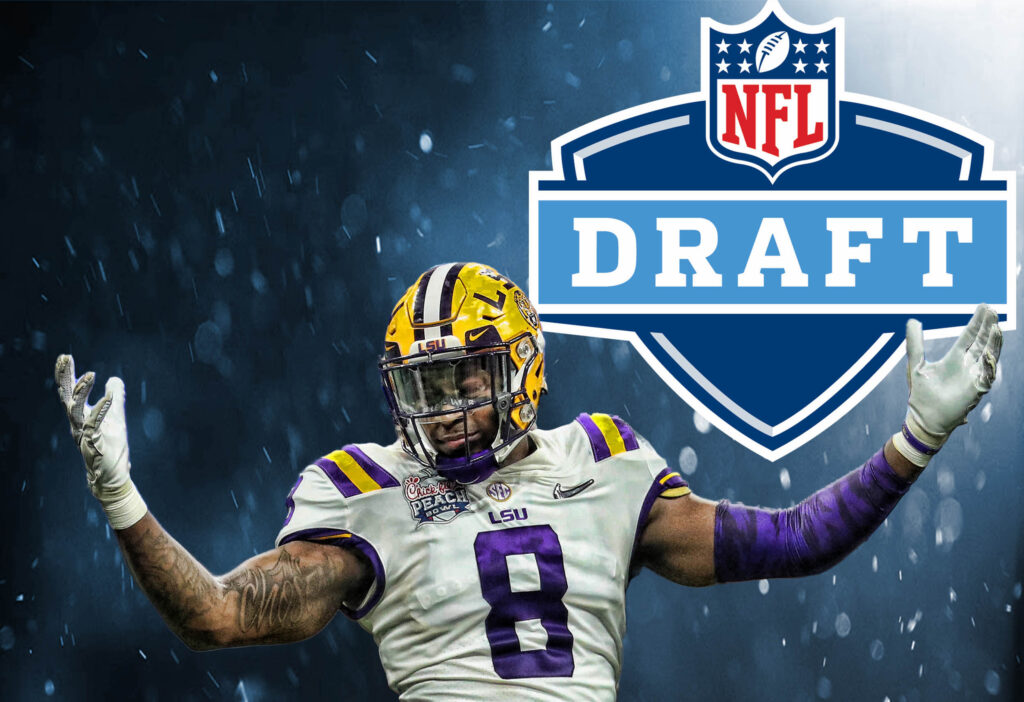 The 2020 NFL Draft is now in the books and that ushers in a flood of report cards. The trouble with draft grades before any of the new professionals step on an NFL field, is that they haven’t yet stepped on an NFL field. Do you really know on Day 1 how valuable a draft class is?

If you want proof, go back a few years and see how classes were graded and then compare those draft grades to the actual production of the players two or three years later. The picture changes. The reality is, some are much better, some much worse than previously thought. That’s just the way it is.

But even if you take these draft grades seriously, what are they based upon? Did those giving the grades actually study film? Did they visit the schools and interview college coaches for their perspective on players? Do they understand what motivates a player? Can they attest to a player’s love of the game? What adversity has a player faced and how did he handle it?

Or did they just watch player highlight videos on YouTube?

The Ravens have no less than 8 scouts who cover the country – on the road for 180+ days a year to answer all of the above questions about collegiate players and then some. They’ve forgotten more about football than any of the talking heads will ever know. Telling these professionals how to scout a player or conduct a draft is akin to you telling an orthopedic doctor how to execute surgery on your knee.

The scouts gather intel from the Ravens coaching staff. What kind of players do the coaches need to improve results? The scouts develop relationships with college coaches. They watch practices; talk to the parents of kids; see how the prospects relate with teammates. Are they leaders or followers? Are they respected?

What do the strength and conditioning coaches say about a player? Has he reached or neared his physical peak or is there room to grow? How does the player embrace conditioning? What are his work habits? Are there other less than desirable habits that need to be considered?

All of these things and then some help the scouts to create a player profile. But still, there’s even more to analyze. Does a player complement the current roster or is the skill set redundant? Is the player a fit for the culture that the Ravens have carefully constructed? Will he embrace the culture or reject it? Could he add to team chemistry or become a drain on it?

This data helps the Ravens build their board. It helps them to define “draftable” for the Baltimore Ravens. The coaching staff and the front office meet for hours upon hours to pore through the profiles to find the right fits. They rank the players based upon their collective findings. It is a colossal project – one that is unique to the team based upon their unique vision for their football squad.

When draft weekend comes along, the best teams stay true to their boards. Why wouldn’t they? If they spend 75% of the year building it, why abandon it when on the clock? Now I get that need should factor in a bit if two players on the board have similar grades. But if a player not yet taken, has superior grades to all others, you take that player regardless of position. Eventually that position will become a need.

And that’s exactly what the Ravens did with their selection of J.K. Dobbins from Ohio State. Critics of the pick point to the Ravens offensive backfield as a strength and believed the choice should have been used for an edge rusher or wide receiver. But a cardinal sin on draft day is to reach for need. Regardless of all the mock drafts that heavily sway the opinions of fans, the Ravens built their board for their team. They prioritized 185 draftable players that work for them.

Now you might think that 185 is a light number since this draft included 255 players. What if all 185 were gone? Well you might be surprised to know that the 185 number is much higher than in years past when the Ravens sometimes had as few as 150 draftable players. And they’ve yet to be caught high and dry without any draftable players remaining. Why? Because the board is so unique to the Ravens. It’s why their board is different than Mel Kiper’s Big Board. That’s not a knock on Mel, he just doesn’t have all the data important to the Ravens and THEIR vision for THEIR team. 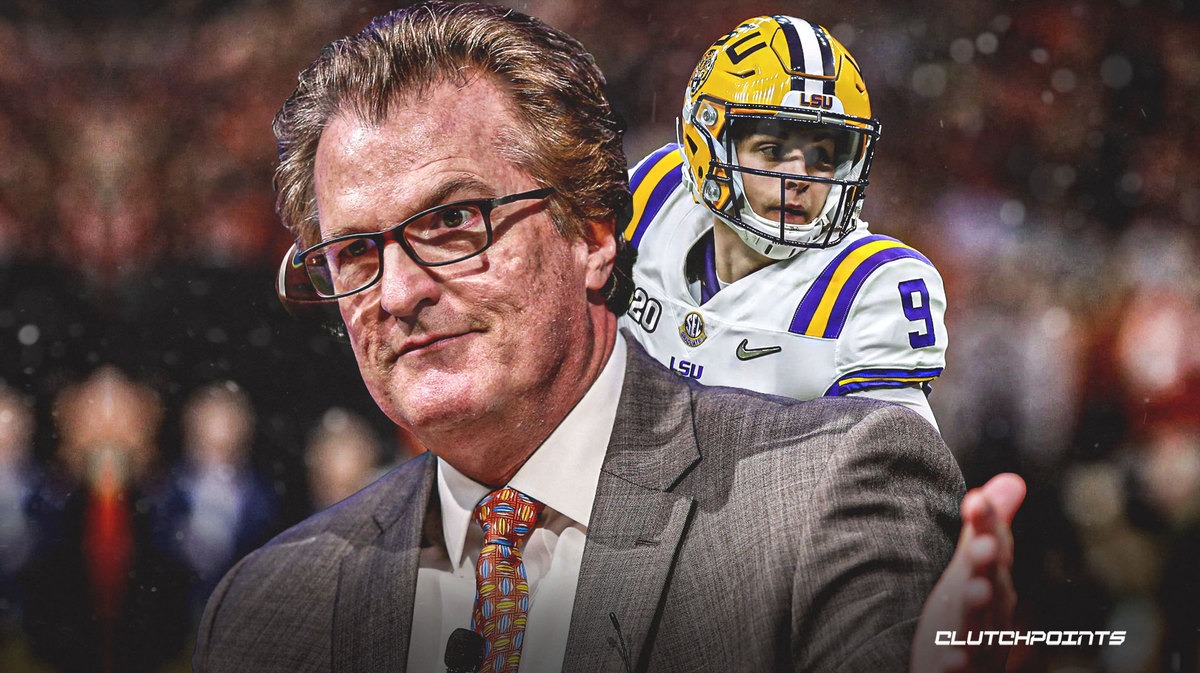 No one would argue the pick of Patrick Queen. He fills a need and he was the best player available with Pick No. 28. Dobbins – BPA!

With their third pick, the No. 60 overall, the Ravens bailed out and picked up some additional draft capital. I’m guessing that at that point there was a cluster of players with similar grades and the Ravens believed that they could get the best available, from that cluster, at pick No. 71. Many fans lost it because in their minds, influenced by mocks and media driven data, Denzel Mims should’ve been the pick.

Maybe Mims didn’t fit what that Ravens were seeking. He isn’t a complement to Marquise Brown or Miles Boykin. His physical traits are similar to Boykin’s so why duplicate the skill set? Mims will never be confused with an academic All-American and his hands can be inconsistent. Sounds too much like Breshad Perriman, right?

Devin Duvernay is a much better fit. He brings speed, toughness and great hands. He runs with anger after the catch. His NFL.com draft profile states that he runs “like he hates humanity”. He sounds a bit like a younger and faster Steve Smith, Sr., doesn’t he?

Perhaps you’ve questioned the Ravens selections of Justin Madubuike or Malik Harrison or Broderick Washington given that they added Calais Campbell and Derek Wolfe this offseason. Maybe you’ve wondered why they drafted two linebackers when L.J. Fort was extended last season. If so, I get it.

But think of it this way…

The Ravens have a proud tradition of being stout against the run. Last season, specifically in the divisional playoff game against the Titans, they were anything but stout. It’s the reason they lost the game. They were punched in the mouth by a more physical team. Now they’ve taken measures to correct the problem.

Still more critics will claim that they did nothing to improve the pass rush – that they didn’t take an edge rusher to lessen Wink Martindale’s reliance upon exotic blitzes to chase down quarterbacks. Once again, you can’t reach. A.J. Epenesa I’m told, isn’t their kind of guy, so they passed. But edge rushers passed on aside, with an interior rush aided by the additions of Campbell, Wolfe and Madubuike – something missing from Wink’s repertoire in 2019, might that not help Judon get home a few more times? Perhaps boost the developing Jaylon Ferguson’s productivity off the edge? Could it aid Bowser’s impact? 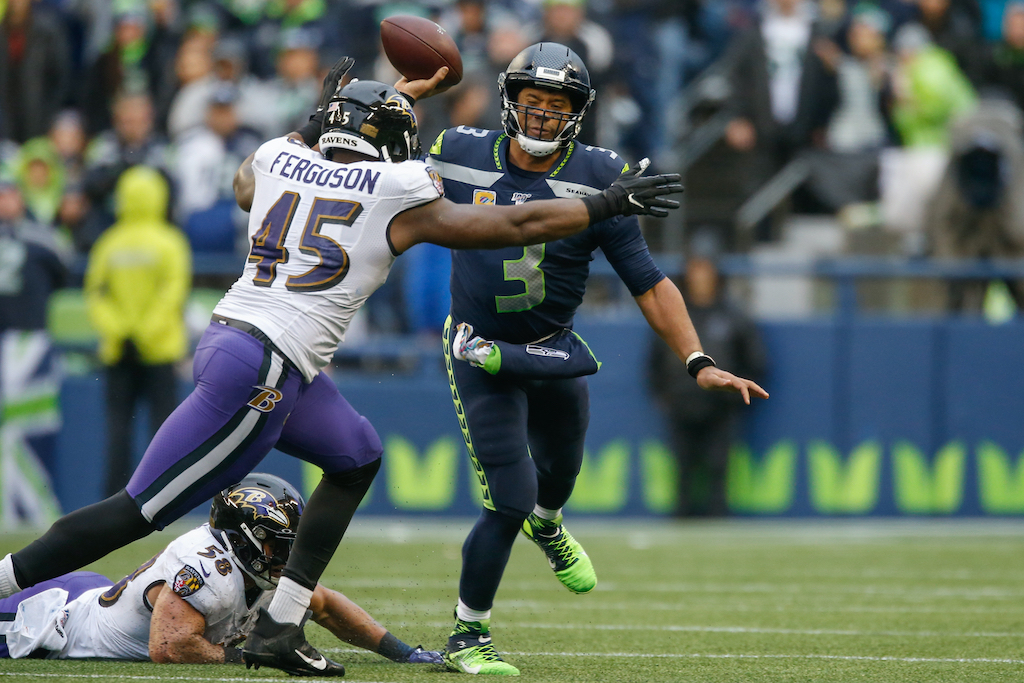 The Ravens did sign an undrafted free agent edge rusher who is intriguing – John Daka out of James Madison University. Over the course of his last two seasons, Daka had 26 ½ sacks in 29 games. Plus, there is the second wave of free agency that is unencumbered by compensatory picks. The Ravens could make a reasonable play for Clay Matthews to further boost the pass rush. The 6-time Pro Bowler had 8 sacks during 13 games for the Rams last season.

There are also other minor signings that could happen. Kelechi Osemele is a player to watch. Maybe he’s healthy and would welcome a second tour of duty in Baltimore. Perhaps a receiver who is a complementary piece falls off another roster. The Ravens have agreed to terms with 20 UDFA’s. We’re all well aware of their ability to find an undrafted player or two each offseason that makes the team.

A lot of work from great football minds has been done. But there’s still a ways to go.

From the day the Ravens lost to the Titans back in January, up to now and through August, Eric DeCosta & Co. have and will work daily to refine the roster – to take that next step towards a third Lombardi Trophy. And when they tee it up on September 13, if they can look back and say that they accomplished what they wanted to, to get better as a team while remaining true to the organizational vision, that’s all that really matters.

Draft grades from Pro Football Focus or a click-baiting columnist will not.