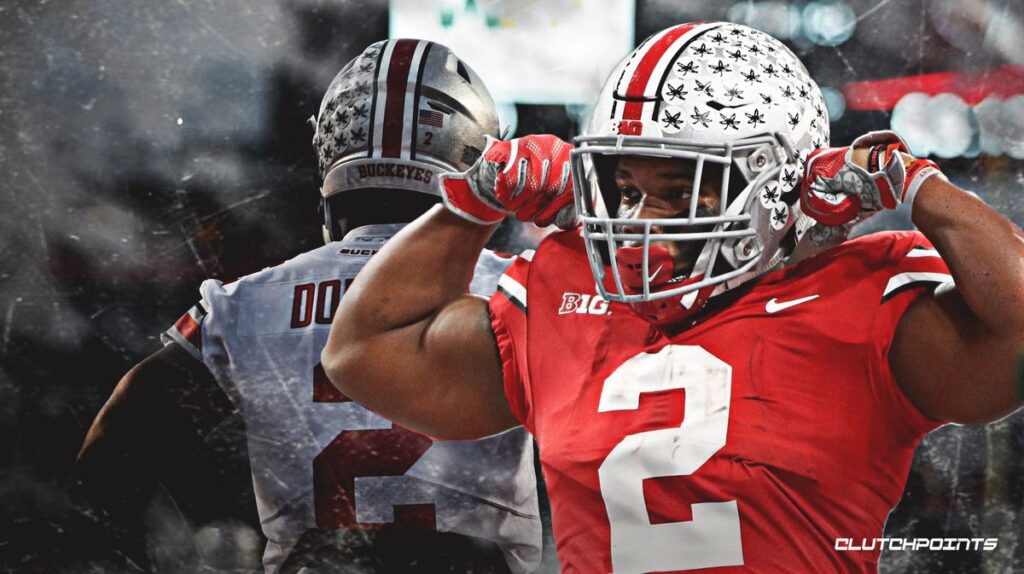 Ideally, each NFL team enters the draft without any obvious need.

The problem is, that’s not always practical. Every roster has an Achilles Heel. Winners and losers in the league are determined by one team exposing an opponent’s weaknesses more than theirs are exposed. Each team has them, but clearly the draft provides an opportunity to shore them up.

The Ravens roster deficiencies entering the draft were at inside linebacker, the interior offensive line, edge and at wide receiver. Eric DeCosta and his merry band of talent evaluators did a great job finding two dynamic and athletic ILBs with complementary skill sets. Patrick Queen and Malik Harrison could become the Ravens next answer to Batman and Robin.

At wide receiver the Ravens landed two sure-handed talents in the forms of Devin Duverany and James Proche. DeCosta also landed two interior offensive linemen to provide competition to a young albeit unproven corps when he nabbed both Tyre Phillips and Ben Bredeson. And on Tuesday, he anted up the competition even more by adding 7-year vet D.J. Fluker, a former first-round of the Chargers out of Alabama.

And that brings us to the edge…

Edge was deemed a need due to the Ravens inability to get to the quarterback without blitzing. Last season the Ravens ranked 21st in sacks yet they were still the 6th best defense against the pass. So most believed heading into the offseason that a better rush from the edge would boost the passing defense and create more turnovers. That’s a fair assumption. But the goal might still be achieved without a boost from the defensive front flanks.

The additions of Calais Campbell, Derek Wolfe and now rookie Justin Madubuike will prevent opposing quarterbacks from comfortably climbing the pocket to avoid outside pressure and that should make Messrs. Judon, Ferguson and Bowser more menacing. Moreover, at least at the collegiate level, Queen and Harrison are explosive blitzers. Scheming to employ this explosiveness coupled with the interior pressure should boost the Ravens sack totals without having to invest so many bodies to take down the quarterback.

That said, it would surprise no one to see the Ravens bring back Pernell McPhee or sign Clay Matthews. Actually, I’d be more surprised if they didn’t. 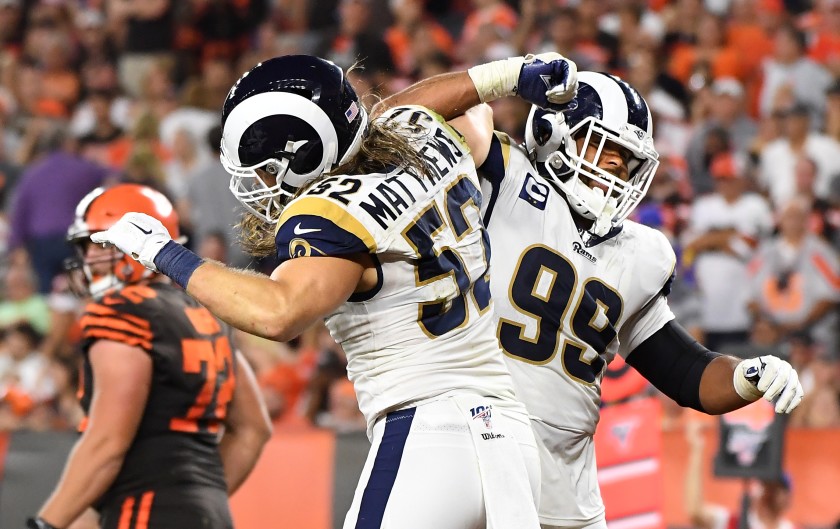 The selection of J.K. Dobbins left some believing that the Ravens now employ an embarrassment of riches in their offensive backfield. It left others wondering which of the four tailbacks will go. Mark Ingram isn’t going anywhere. His production and leadership is too valuable. Dobbins is a lock given his pedigree and the draft capital to obtain him. And that leaves Gus Edwards and Justice Hill. Edwards has been a perfect match for the Lamar Jackson led offense. His north and south, no frills forward lean style has produced over 1400 yards in 27 games to go with 5.3 yards per carry. But it might not be enough to preserve his job.

Hill’s style is different and he started to show towards the end of the season, why the Ravens were excited to land him in the fourth round of the 2019 NFL Draft. The contrasting skill set is more complementary to those of Ingram and Dobbins and as such, he’s likely to stick around. Edwards has the better resume, boosted in part by the Ravens offensive approach. But there’s a decent chance that the Ravens could get a fifth round pick from a team that might need a moderately priced, productive RB.

Back to Dobbins for a moment, here’s a Steelers fan’s response to the Ravens selection. Props to Stan Simms from Ravens Nest 1 for sending the link:

Not Without a Trace

If the Ravens need to find added room on their roster, they could revert to the days of carrying just two quarterbacks. Robert Griffin, III has been a solid, steadying influence for Lamar Jackson. But one has to wonder if that is now an unnecessary luxury for the Ravens and their MVP QB. Griffin played sparingly in 2019 and when he did play, the results were rather pedestrian.

It’s been said that McSorley improved throughout his rookie campaign on the practice field and there’s an “it” factor about him that speaks, “winner”. It’s quite possible that McSorley is ready to step up as the primary backup, enabling the Ravens to create some cap space by parting ways with the more expensive Griffin. Moving on from RGIII would trigger $2M of cap relief.

Wide Receiver regularly seems to be a need of the Ravens on draft day and DeCosta was able to acquire value in the forms of Duvernay and Proche. Surprisingly overlooked in such conversations is Marquise “Hollywood” Brown. Hollywood was not at 100% in 2019. The recovery from Lisfranc cannot be understated. Despite it all, Brown had a decent rookie season with 46 catches for 584 yards and 7 TDs. Brown’s cousin Antonio had only 16 catches during his rookie campaign and followed that up with a stat line of 69/1108/2. Look for Brown to put a lot more pressure on opposing defenses this year. They’ll get to see that extra gear that Hollywood wasn’t about to shift into in 2019. Take a look.

NFL rosters remain at 53, however teams can activate 2 players per week from the Practice Squad and add them to the roster if needed. Players can be returned to Practice Squad twice before having to pass through waivers if the team wants to retain the player. Practice Squads now have a maximum number of 12 (up from 10 last year). That number will go to 14 in 2022… Justice Hill and Gus Edwards are both eligible for the Practice Squad under the revised rules contained in the new Collective Bargaining Agreement. That said, it’s highly unlikely either would go unclaimed by another team…The Ravens have signed a kicker and punter (local prospect Dom Maggio) to UDFA deals. Given the Ravens ability to develop kickers you have to wonder if DeCosta is aiming to mimic the Kaare Vedvik deal. For a complete (albeit unofficial) list of Ravens UDFA signings, CLICK HERE.

Here’s a priceless response from Justin Madubuike after he was named the 71st overall pick in the 2020 NFL Draft.

Remember when a few in the media were trying to say these two didn’t get along. https://t.co/xMNgYDPzbl

Stay safe and happy everyone…