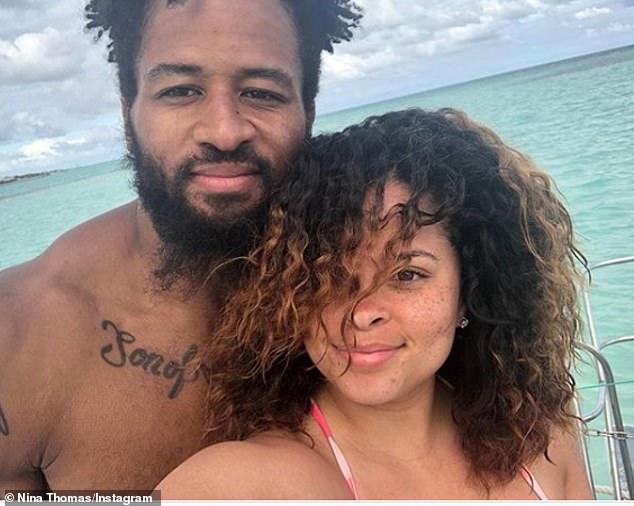 Things were going splendidly for Eric DeCosta and the Baltimore Ravens this offseason. They added some key pieces via free agency and they had by most accounts, a terrific draft that included 10 picks and another 18 players via the undrafted method.

There is reason for optimism.

But the optimism was derailed a bit last night when TMZ reported an incident involving safety Earl Thomas. As the story goes, allegedly, Thomas got in a spat with his wife Nina over the 7-time Pro Bowler’s drinking. Thomas left the house, apparently met up with his brother Seth, and headed out on the town (Austin, TX) where they eventually met up with a few women.

Using Earl’s snapchat account, Nina tracked down the Thomas brothers to an Austin area AirBNB, again, according to TMZ. That’s where things got crazy.

Nina and some friends arrived at the AirBNB to find the brothers in bed with other women. One of Nina’s companions recorded the encounter on her phone showing Nina pointing a 9mm Berreta at Earl’s head. Although Nina took out the magazine from the gun, there was a round in the chamber with Nina’s finger on the trigger and the safety lever disengaged.

Thomas took to Instagram to “get ahead” of the incident.

#Ravens safety Earl Thomas says there will be a report coming out tomorrow on TMZ regarding a domestic incident with his wife. He doesn’t give much information but wanted to get ahead of the story. Video via his IG…pic.twitter.com/8xE6UdKHpz

As far as I know, there are no specific NFL disciplinary measures to deal with cheating husbands. If anything, the Thomas family will have to deal with charges against Nina and the accompanying embarrassment. But that said, there are obviously domestic issues in the household that have to be effectively addressed. Otherwise, the marital discord will be a big distraction for Thomas and possibly the Ravens during the coming season.

Here’s hoping that the couple can mend torn fences for the benefit of the marriage and their children.

Nina Thomas, Earl’s wife, is due for her first appearance in court June 8, per public records. She faces a charge of burglary of a habitation with an intent to commit another felony.