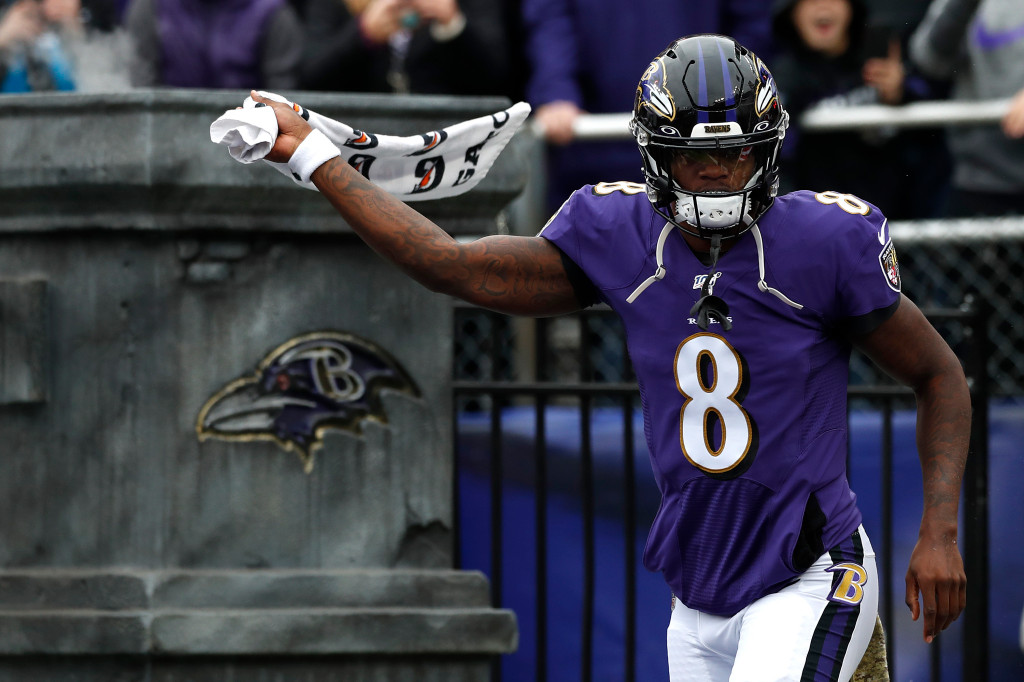 The Ravens have the easiest schedule in the NFL this upcoming season based on the cumulative winning percentage of their opponents in 2019.

Most of the prognosticators have the Ravens’ win total at 11.5.

The gamblers will be tempted to take the over … and that might not be much of a risk.

The Ravens are the only team favored in every game in the early lines released by BetOnline. That includes the Week 3 matchup in Baltimore with the Kansas City Chiefs, who opened as 2-point underdogs. Conversely, the Jacksonville Jaguars are underdogs in every game, including a -15.5 margin against the Ravens in Week 15.

The Ravens are getting respect because the core of their roster is intact from last season when they set a franchise record for wins at 14 and broke the NFL’s single-season rushing record. General manager Eric DeCosta boosted the ground attack even further by selecting Ohio State running back J.K. Dobbins in the second round of the 2020 NFL Draft. Dobbins has the talent to quickly move up the depth chart this season.

However, there are few certainties in the NFL. A team’s entire fortune can change on one play. The Ravens win/loss total will rely heavily on quarterback Lamar Jackson, who had one of the best seasons of any quarterback in NFL history and was unanimously named league MVP.

Jackson represents the new guard of the NFL and he will have a chance to shine in front of a prime-time audience five times next season with three of those games on the road.

The Ravens also have a core roster intact with 13 players who were named to the Pro Bowl last season — Marcus Peters did not play because of an injury and Orlando Brown Jr. got the nod as an alternate.

The chemistry among the players has been vital to the overall success, according to Jackson.

Here’s the Ravens 2020 schedule with early lines and over/under win totals for their opponents in parenthesis.

Obviously, few or any of these lines will be the same when the actual games begin. Nonetheless, the Ravens will likely still be the favorites if they can match their success in last year’s regular season.

The overall goal remains the same: win the Super Bowl.

Jackson is not backing down from those expectations.

“In the NFL, the Super Bowl is the biggest thing, the biggest accomplishment to me, and that’s what I want,” Jackson said. “I want to be able to lift my teammates to being the best in the world at that time. So, that’s what I’m going to do.”