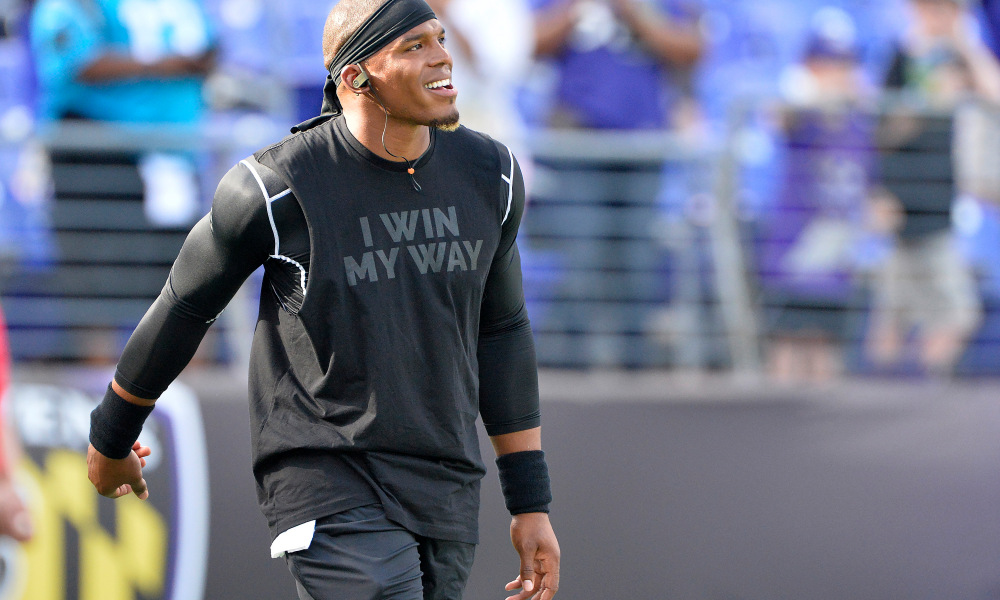 Recently I heard an excerpt from Rich Eisen’s podcast that included guest Jason LaCanfora. The Inside Access co-host, featured on 105.7 The Fan, wondered aloud why the Ravens haven’t made a play for free agent quarterback Cam Newton. I then wondered aloud, WTF is Jason thinking?

Does he really believe for even a nanosecond, that the 31-year-old Newton wants to sit behind a 23-year-old league MVP? What about the cost? Cam was scheduled to make $18.5M in 2020. Would he willingly take the $2M that RGIII is scheduled to make this season? Once all the rookies are signed the Ravens will only have $6M-$8M in cap space (depending on whether Matt Judon is deemed a DE or LB). What about the physical ailments without the proper doctors’ access to explore them? At 31, does Newton want to carry a clipboard indefinitely?

And maybe the biggest question of all as it relates to Cam Newton to Baltimore…would he be a fit both on and off the field?

.@richeisen: “What’s the deal with Cam [Newton]? Why doesn’t he have a gig right now?”@JasonLaCanfora: “It boggles my mind. I think the Ravens…should bring him in. Are you gonna tell me he’s not better than RG3?”

On the field, there’s reason to believe that he could fit, but off the field, Newton is a HUGE personality who has been the big man on campus his entire life. Could he really embrace the mental aspect of being a backup with literally no chance for playing time unless Lamar suffered an injury?

Look, like many of you, I’ve lost track of days from time to time. And after hearing the Inside Accessory’s take on Cam Newton, I thought it might be an April Fools’ Day joke.

But in the end, it was just the idea that was a joke.

If Cam Newton would accept the $2M salary now set aside for RGIII, how should they handle the backup QB duties?

The Ravens preseason schedule has been announced and looks like this, for now: 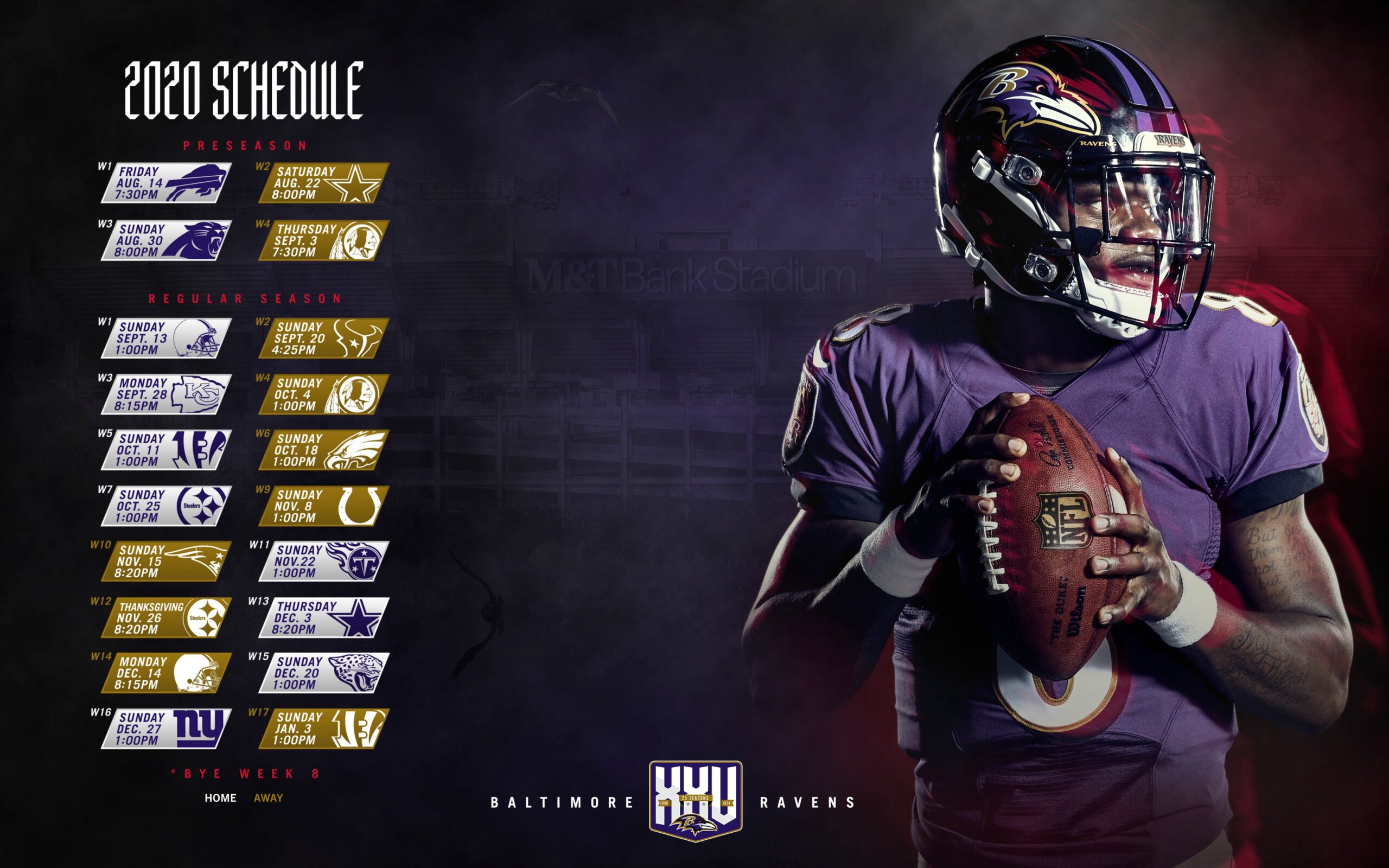 Image courtesy of the Baltimore Ravens

Obviously the players will need the work given the extended downtime, yet it remains to be seen how the league will handle the fake games. Perhaps the most important aspect of the preseason slate of games is to see how stadium personnel will manage the crowds, assuming fans are allowed. These games could represent the best way for teams to ramp up their operations towards some sense of normalcy, while maintaining the integrity of play on the field.

By the way, it’s a bit unusual to see the Ravens square off against two preseason opponents that they’ll also see during the regular season – the Dallas Cowboys and Washington Redskins. 2020 just gets weirder and weirder.

The Ravens were embarrassed by the Titans during last season’s Divisional Playoff. Throughout the team’s history, particularly since the arrival of Brian Billick, the Ravens have rarely been manhandled. But Mike Vrabel’s team did exactly that to the Ravens and it left a bitter taste, one that has lingered for months.

So naturally during the offseason, GM Eric DeCosta lined up resources to prevent a repeat embarrassment. One of those resources is the team’s first round pick, Patrick Queen. Queen is explosive and possesses very solid diagnostic skills. He also has an appetite for film study to familiarize himself with opponents’ tendencies. The team hopes to see instincts that are on par with this US Military K-9 dog that possesses great closing speed and efficient tackling skills.

When Mark Ingram tried to juke a K9 at a US military base. 😳

Minority Hiring in the NFL

This is a really bad idea!

On Tuesday during a virtual conference call, the owners opted to punt. In other words, they want more time to gather additional ideas. Let’s hope they uncover better ones than this clunker.

Will there be incentives for hiring more white running backs or corners? Will the NBA give some salary cap relief to teams that field more Asian point guards? Should the NHL give playoff home field advantage to teams that put African-Americans on the ice to man the net?

Surely I jest. These are ridiculous suggestions. And so is the one for hiring minorities in exchange for improved draft positions.

On the other hand, THIS change is a good one, and should help.

BREAKING: NFL owners have voted to approve the resolution that would prevent teams from blocking assistant coaches from interviewing for coordinator positions, per sources. This is an important step.

Pittsburgh is excited about the return of Ben Roethlisberger, and they should be. The Duck (Hodges) Dynasty didn’t work and Mason Rudolph was so bad that he’s remembered for two things and neither is good: 1) His inadequacies at quarterback which led to Hodges, an undrafted QB, and; 2) Being a human Whac-A-Mole.

Steelers fans should curb the enthusiasm. While they’ll fondly remember Roethlisberger’s prime years, he is a 38-year-old quarterback who was (2-6) during his last 8 starts. Ben has never been among the most committed players as it relates to fitness and he’s coming off a throwing arm injury. Add it up and it isn’t exactly a recipe for a bounce back season.

That said, we’ve seen him successfully recover in the past from injuries, real or otherwise.

The Ravens Flock Takes a Hit

Mark Hunt, an active and devoted member of Ravens Nest 1 in Harford County, passed recently after a bout with brain cancer. Passion characterized Mark. Whether it was fishing, golf, bowling and of course his Ravens, Mark embraced each with the vigor and determination required to excel. A third-generation relative of the AFL’s founding father Lamar Hunt, Mark was known by those close to him as a fun-loving guy who loved to laugh and make others do the same. Another of his many accomplishments are his Ravens road trips. Mark visited 24 stadiums throughout the NFL. 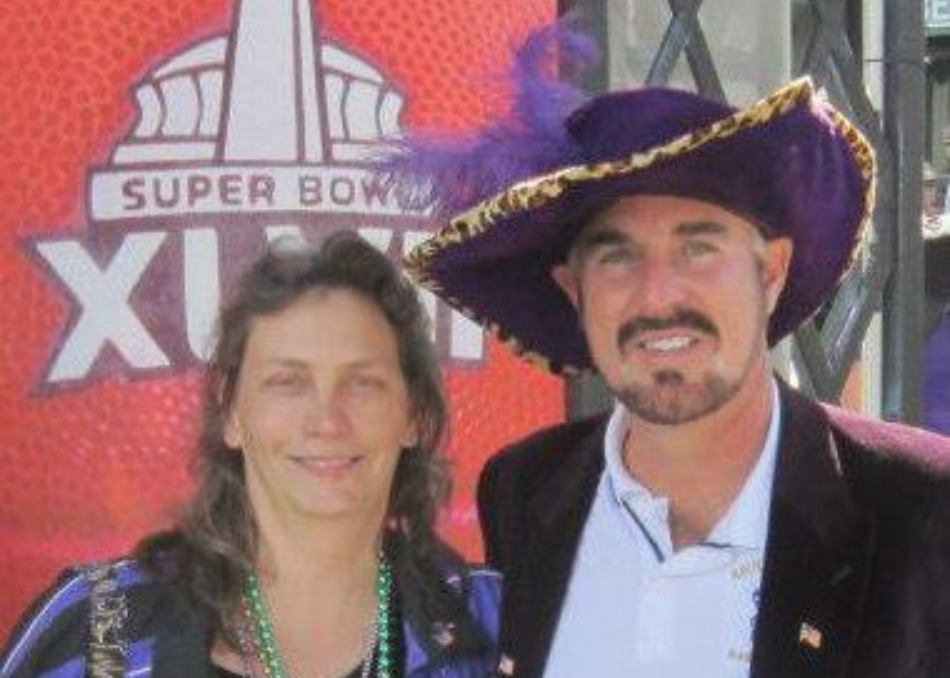 Mark is survived by his lovely wife Kim, also a Ravens Nest 1 member, three children, four grandchildren, his Mom Clara and five sisters. He will be deeply missed by his family and friends who take solace in his passing, knowing that his suffering is gone. Mark Hunt was 63.