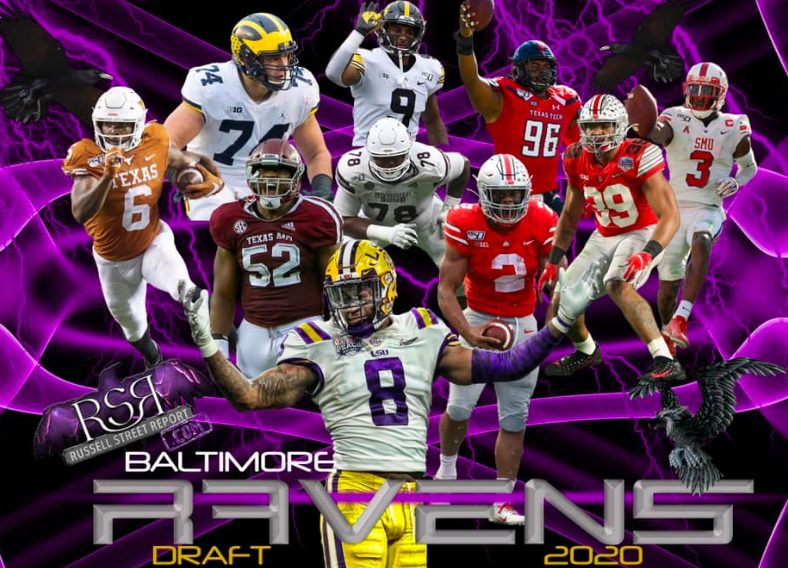 After a successful season run in 2019, the Baltimore Ravens are preparing for the pre-season in 2020 as they make their selections. The goal of these selections is to ramp up the defense as this seems to be a major source of concern from the previous season. The selection, which was scheduled to be held in Las Vegas, was instead held virtually at the homes of coaches, general managers and other front-office staff as a result of the ongoing global health situation.

The Ravens’ first objective was to make the defense run as effectively as possible. After losing C.J. Mosley in 2018, the need to fill that gap was high. This is the reason that Patrick Queen from Louisiana State University was selected with the first pick. Queen is considered to be the fourth fastest linebacker after running the 40-yard dash at the NFL Combine in 4.5 seconds.

This is the first time since 2017 that the Baltimore Ravens have made a pick in the second round. Just like bitcoin betting on NFL, the Ravens took their chances with two selections in the second round. J.K Dobbins had an overall rushing yard of 2,003 in 2019, which was a huge improvement on his 2018 record.

Justin Madubuike has an impressive record and is ranked as the third-best defensive tackle in the draft. He’s always had the flare of the culture of Baltimore Ravens and his pick didn’t come as too much of a surprise. Expect more pressures and sacks from the defense through Madubuike as he prepares for the season.

Devin Duvernay is a wide receiver who has a record of 4.39 seconds in the 40-yard dash at the Combine. We believe Duvernay will be a huge addition to the receiving corps of the Baltimore Ravens, right along with better utilization of passes from Lamar Jackson as a result.

In one of the reactions to the picks found on the Baltimore Ravens’ website, John Eisenberg believes the best pick for the third round is Malik Harrison. He has a pressure percentage of 12.5%, ranking second in the previous season. He was considered to have the fifth highest tackle count in the Big Ten.

Although Tyre Phillips is not very fast, the added power he brings will be a boost for the Ravens’ offensive line.

Picking Ben Bredeson is a clear sign that the Ravens believe the best defense is building a strong offense. Although he is tough as a rock and an epitome of leadership, his athletic capacity is not one of his strong points. According to his own words, he is ready and willing to be play center.

The Ravens are looking to bolster their defense and depth. Broderick Washington Jr. pretty much fits the bill. He is the 4th defensive linemen to be joining the cast this offseason. Although Washington is considered undersized, he knows how to hold his own and will probably be filling the role of a rotational player.

James Proche is a wide receiver with 204 receptions under his belt for the final two seasons at SMU. He is widely known for his unquestionable ability to take balls away from the hands of defensive backs. Despite having average speed and stature, he is no stranger to making catches in crowded spaces either.

Geno Stone was the Ravens’ last pick for the draft. Although Geno Stone is known as a big hitter, his tackling prowess is questionable at best, taking quite a humble 55th place in the list of 61 qualified tacklers. He is speculated to be a safety net for the team after Tony Jefferson failed to make the cut and releasing Brandon Carr.