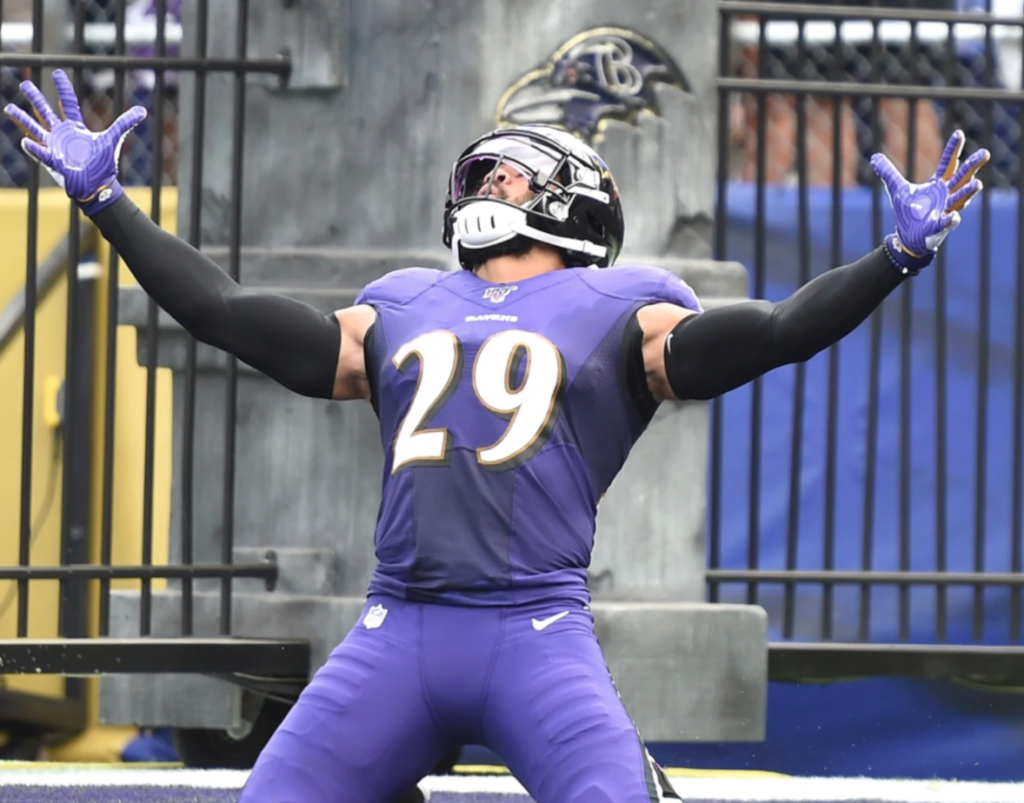 As much as I’d like to drain the image of Earl Thomas being tossed around like a ragdoll by Derrick Henry in last season’s Divisional Playoff Game from my head, I can’t. Until Earl does something positive on the field again, that embarrassing vision is indelibly etched upon my cerebral cortex.

Thomas didn’t have a very good inaugural season with the Ravens – at least not through my lens. Yes, I get that Pro Football Focus ranks him amongst the best safeties in terms of coverage but I have to say, sometimes I don’t see the same game as their statistical format would suggest. Such is the case with Earl.

What I saw was a guy who was pretty decent in coverage, a marginal blitzer and a player who just looked like an unenthusiastic tackler. Maybe Eric DeCosta didn’t bring Thomas to Baltimore to be a thumper but for the dollars the Ravens are paying the 7-time Pro Bowler, I expected more. And as it stands right now, Thomas is overpaid and the optics suggest he’s the one blemish on DeCosta’s impressive resume as General Manager.

I get that Thomas was less than a year removed from a serious injury (broken leg) and 2020 should be a season that will determine his value as a Raven. The coming season should be a healthier one for Earl and he’ll have a year in defensive coordinator Wink Martindale’s system under his belt. But that said, my gut tells me 2020 will be more of the same for the former Seahawk who looks like there’s little left in the tank. He’ll get by on reputation and his pay grade.

There have been rumors bantered about that Thomas isn’t the best teammate and that he’s a self-centered guy. Word is that he’s not much of a locker room guy and teammates just let him do his thing, given their respect for Thomas’ track record. But there is evidence that supports the notion that Earl isn’t a team-first guy. 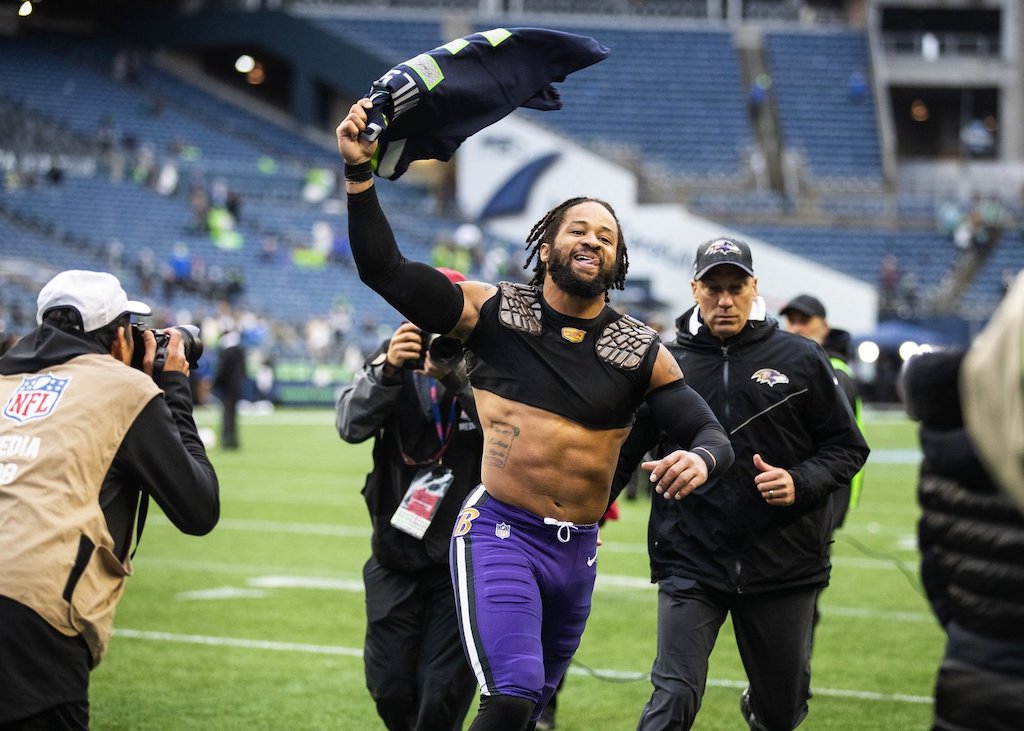 When engaging the media, Thomas is great for a soundbite, yet too often his mouth wrote checks that his play couldn’t cash. Even after the Divisional Playoff when the Ravens were embarrassed by the Titans – when Earl was embarrassed by the Titans, and the locker room had the vibe of a morgue after one of the franchise’s all-time bitter disappointments, Thomas retweeted a post about his sack during the game.

Of course, you are all familiar with Thomas’ domestic situation, being held at gunpoint by his wife Nina after Earl’s alleged cheating. Following a report from The Sun’s Jonas Shaffer, football’s answer to a supermarket tabloid, Pro Football Talk, was quick to tell the world that the Ravens were looking to see whether Thomas violated any clauses in his contract that might render the contract void. Then the next day PFT’s Mike Florio said the Ravens “may” be looking into it.

And I may win the lottery tomorrow.

Look, the Ravens are led by some extremely intelligent men. They knew immediately after hearing the news, if Thomas violated his contract. Moreover, it is highly unlikely that a high-ranking team official would ever leak internal secrets to the press, much less the NFL’s answer to Star Magazine – PFT. Doing so doesn’t send the right message to the player, a volatile one at that, or the player’s agent. It would also sully the organization’s reputation.

When you risk a player’s money, publicly, players get highly offended. And as we’ve seen from Thomas in the past, he’s all about the money and has shown that he has trust issues. There’s no chance the Ravens would engage in such behavior, particularly involving an outspoken player like Thomas. It’s far more likely that what the team will do, is rally around Earl in order to get their money’s worth from the safety.

#Ravens are not going to release Earl Thomas. Such a move has a corresponding hit on the cap of $25M in dead money & would lower the team’s cap in ’20 by $10M. They don’t have $10M in cap space at the moment. They’d have to extend or restructure another player just to cut Earl. pic.twitter.com/jXPISWqSB4

If the Ravens were looking into Thomas’ drama, the kind that Florio and his merry band of gossip columnists thrive upon, it is far more likely that they were sniffing around for additional incriminating evidence that could surface later. That’s something they learned the hard way with Ray Rice.

And if something else does in fact surface, PFT will be right in line behind TMZ.