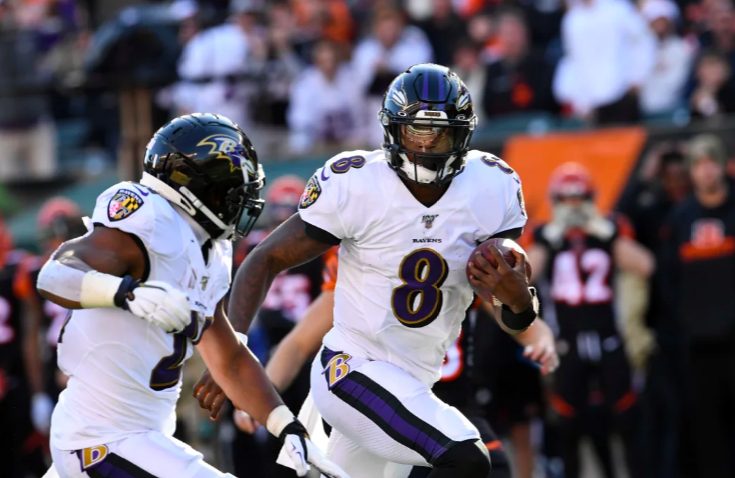 On Wednesday, Fox Sports radio analyst Colin Cowherd unveiled his “Super Bowl bubble” for the 2020 season, comparing it to the analytically determined power rankings recently provided by ESPN’s Football Power Index. He listed Kansas City, Baltimore, San Francisco, Philadelphia, Tampa Bay, Seattle, and New Orleans as the most likely teams to contend for a title. While my initial reaction to the segment was “hmmm, according to Cowherd, the AFC only has two that will duke it out for a chance at the Lombardi?” I found his explanation quite intriguing.

Here, Cowherd placed emphasis on teams with dynamic players across the field, primarily on offense. For him, it’s those teams that have the best chance to go on deep playoff runs and excel when the lights are brightest. I have no doubt that the Ravens boast a number of players you could call dynamic, but I wanted to take the time to work through the roster and determine who those athletes might be next season. I feel I might surprise myself with who I come up with.

For me, starting on the offensive side of the ball, being a dynamic player means one-of-two things: being able to score at any time and from anywhere on the field, or being able to consistently make difficult plays that move the ball down the field appear easy. Here’s who I see being able to do that for Baltimore in the fall.

Let’s get the most obvious name out of the way. A strong case could be made that Lamar Jackson is the most dynamic player in all of football – the reigning league MVP effectively defines the word. His speed, quick-twitch athleticism, and improving accuracy make him incredibly dangerous both in-and-out of the pocket, and he can create scoring plays with his legs or arm on any snap.

I expect him to build on his tremendous year in 2019 to once again be the Ravens’ scariest weapon.

Typically, tight ends don’t have the speed to turn touches into scores from anywhere on the field, so I won’t go so far as to say that Mark Andrews is that kind of threat. At the same time, his feel for the game and sticky hands make him the Ravens’ most reliable pass-catcher. He’s both a safety blanket for Jackson and a surprisingly effective deep threat who can get behind defenses more than one might expect.

He’s firmly entrenched himself among the league’s best at his position and will be a dynamic member of Greg Roman’s offense each week in 2020.

Marquise Brown, or “Hollywood,” is looking to build on a promising but not-always-consistent rookie season, in which he was hampered by a nagging injury. His speed alone makes him a threat at all times, but his oft-overlooked hands are what really excits me. It appears that he has great chemistry with Jackson that should develop even more over time, and the two share a refreshing love for the game that sees them improve alongside each other.

Fully healthy and flexing scary workout videos on social media, Brown is primed for a breakout year that could see him rival Andrews as Jackson’s favorite target. I expect big, dynamic things.

The Ravens made a bold play in selecting J.K. Dobbins in this year’s draft, especially given the trusty workhorse they already have in Mark Ingram. While Ingram may not possess the breakaway speed to score from anywhere, he has incredible vision and is a decent target out of the backfield. His dynamic playmaking may not be as strong at others in this league like Alvin Kamara or Christian McCaffrey, but he is one of Baltimore’s most important pieces. He should thrive again this year.

Meanwhile, Dobbins’ insertion into the Ravens impressive running game gives them a home run threat next to Jackson. Dobbins has great speed and a shiftiness that will make him dangerous on read-option plays. Although we haven’t seen him play at the NFL level just yet, Dobbins has a game that should fit perfectly in Baltimore. He’ll be an impact player from the jump and dare I say it – could be more dynamic than Ingram by the end of the year.

I’m honestly shocking myself by throwing this name in, but as I looked down the roster, I kept coming back to Duvernay. With an outstanding blend of speed and hands, I believe he is exactly what Baltimore needed to improve their receiver corps. And, with coaches comparing him to former Raven Steve Smith Sr., it appears the front office believes he can be special. I’m not sure that Duvernay will be effective from Week 1 (like Dobbins), but by the end of the year, I expect him to be Jackson’s second-favorite WR. Working from the slot or the outside, Duvernay can certainly be a dynamic playmaker. It could be a stretch to say he’s up there with the other five names in this list, but he has the potential to be in due time.

Circling back to Cowherd’s point about teams needing dynamic players, I say the Ravens have five surefire ones, with an additional name on the bubble. Considering the team should field at least four of them on each and every play, this offense will undoubtedly give defensive coaches both headaches and nightmares.