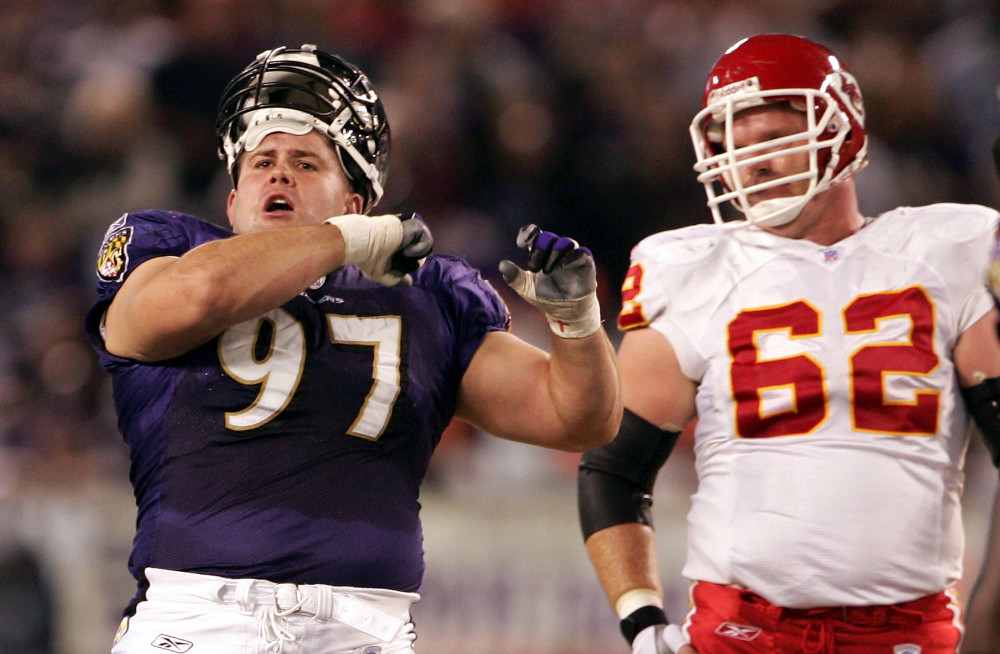 In part 2 of my interview with Kelly Gregg we discuss his contempt for the Pittsburgh Steelers as well as Kelly’s fondest memories of Baltimore.

Tony Lombardi: I spoke with Jarret Johnson [recently] and I asked him about the most underrated Ravens. He didn’t even hesitate to mention you. We’ve gone through the comparisons to Casey Hampton (Part 1) and how you compare very favorably. But of the guys who you played with, who do you think was the most underrated?

Kelly Gregg: Well the guy you just mentioned – Jarret Johnson. There’s a guy that didn’t get enough credit. You know we signed some guys in free agency. Justin Bannan. He was guy if we needed [him] to play nose, defensive tackle. You know, obviously I’m going to stick with my D-line guys.

Jarret was a D-lineman there for a couple years. He put his hand in the dirt. That’s one thing that was great. Obviously we had all of the Hall of Fame players on defense and guys that were playmakers. But you [also] had the guys that, whatever they were asked [to do], we never hesitated. Sometimes guys get selfish. They want to get a bunch of stats.

I’ll never forget. Michael McCrary could have led the league in sacks every year, but he was asked to play the run and everything like that. I think that’s one thing that is great about the Ravens. You get in there with guys. You learn the system that sort of passes down through the coaches and the players.

But Jarret and Bannan and guys like that. Dwan Edwards came on there at the end. Those guys right there, whatever they needed, those guys would jump right in there. Special teams, anything, those guys were there for you.

TL: Kelly, the Ravens and the Steelers have the most bitter rivalry. There is, from what we can see, and I’ve talked to players about this, just a general disdain for each other. Yet there’s this respect. Talk about that rivalry as a member of the Ravens.

KG: That’s one of those, you know, you never had to worry about guys coming to work that week. I mean that’s what was great about it. There was nothing better than playing them in Baltimore or at Heinz Field because you knew it was going to be a fight. A lot of those guys, Joey Porter and stuff. I always thought that they were wannabe tough guys. And I thought that we really had the tough guys. 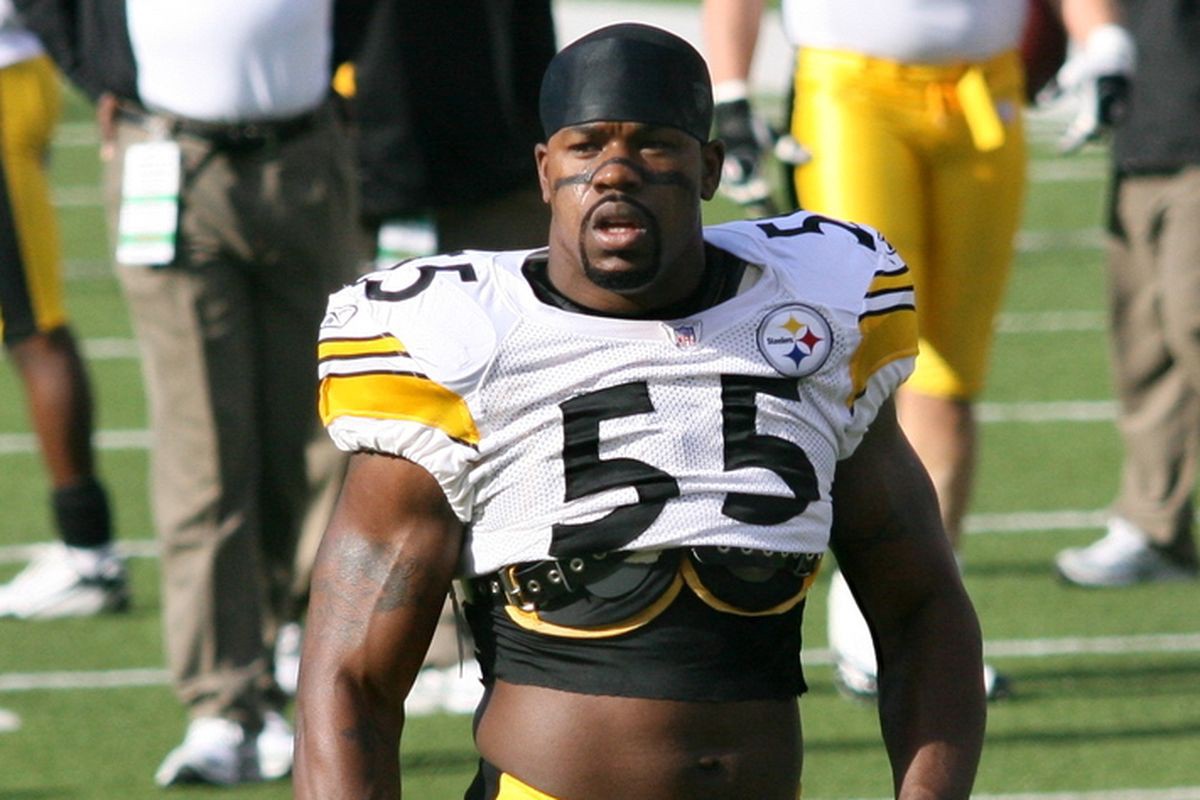 Those were the kind of games you played – yeah you had respect for them but you wanted to put that right elbow right in their chest. I don’t miss football, playing or anything like that. But you know it wouldn’t take me much to get motivated and go out there against the Steelers one last time. I hated them! We played them my last year when I left and went to Kansas City and I still had this thing for them.

I would joke around with my wife – don’t be buying Heinz Ketchup. If I see a Steelers flag driving around here in Oklahoma and I sort of glare at the guy or gal driving. It’s just – I hated them. But I love playing in those games.

Billick and Harbaugh did a great job [too]. You didn’t have to say nothing that week. Billick would always show us video. And Ray Lewis would walk across the street and starts knocking that guy out. Those were the fun games with the Steelers. That was great stuff.

KG: You know I never like big-head Alan Faneca. He had the biggest head in the NFL. Jeff Hartings was the center. They just switched again. They got rid of Hartings, he was great, a Penn State guy – tough guy, or tried to be. And then you’ve got Pouncey coming in there. He looked the part, all tatted up. I just thought those guys…

I came out with Joey [Porter]. We spent a lot of time together at the Senior Bowl and got to know him. And as soon as he put on that black and gold he was some tough guy out of Colorado State now. We used to give him a hard time. He got shot in the butt, one time he tried to get on our bus. Those guys would always run their mouth. That was good stuff.

Then they had a guy Keydrick Vincent. He came to the Ravens and you know I’ll never forget after the first practice – Keydrick always thought he was a tough guy when he was playing with the Steelers and then he came to the Ravens and he looked like a little puppy lost. I always got a kick out of that. Those guys were out there trying to flex on us, be tough, but those were the fun times, playing the Steelers.

TL: Even fans in Baltimore when they look around and see transplanted Steelers fans, automatically jump to conclusions about those people. Just like you with the fan in Oklahoma flying the Steelers flag. It’s crazy how the rivalry has transcended to every day life.

KG: It’s amazing. If somebody tells me they’re a Steelers fan I think, “What went wrong in your life?” It was so depressing going to Pittsburgh too. There are hills there with the coal or whatever that was. I would always [think] that I would hate to live [there]. It was always overcast there and that long drive from the airport down to the city. I always thought that Pittsburgh was so depressing. Why would you want to live there?

TL: When I spoke to Jarret I asked him if there was any particular Steeler that got him amped up and one, if you could really take a shot and lay him out, who would that be?

KG: Obviously Roethlisberger. I’ll never forget. We played him one time and he came out, “Kelly you broke my nose.” And I was like, “No, I wish. Haloti broke your nose!” I always liked to get shots on those guys. And Pouncey the center. I think he’s from Florida. He was all tatted up and would never stop running his mouth. I would say him or those two. Hines too!

We always had an inkling to get Hines.

TL: Well that’s what Jarret said. There’s video of him just absolutely knocking the plaque off [Hines’] teeth. And Hines would get up and smile [normally] but he didn’t get up and smile after that one.

KG: You would get in trouble if you passed up a shot on Hines Ward.

TL: When you think back to the days as a Baltimore Raven, what are some of your favorites?

KG: Obviously getting my first real playing time. I came there [and joined] the practice squad. I’ll never forget that Rex was a big believer in me. I went there on the practice squad and my first day of practice, Goose giving me a hard time. And I’ll never forget, I’m sitting there and I’m in the stretching line and Billick is like, “Hey, where’s the other half of you?” You had to have skin like an armadillo.

But I just loved it from the first day. I had been with the Bengals and the Eagles and it just seemed that [those teams] cared about what you looked like – how big you were. I’ll never forget the first day, Rob Burnett and Goose, they didn’t know me from anybody and they’d seen so many guys come and go. But these guys, they cared about you. They wanted you to be successful. And all of those guys in the beginning, Rob and Tony, Mike McCrary, Keith Washington, they all vouched for me. After that, it was my best time. Every day I loved being in Baltimore.

But I’d say my first day there. Just the way that they went about their business. They joked and had a good time but man we worked and I thought I’d love to stick around here for a while.

Part 3 will be posted tomorrow…