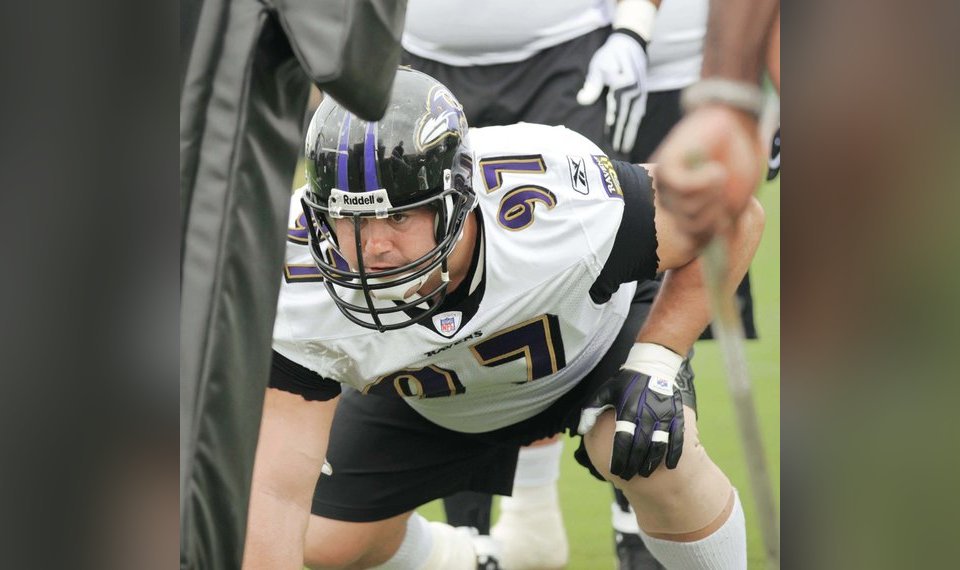 In Part 3 of a three-part interview, Kelly Gregg talks about Ravens fans, the late Clarence Brooks and why he’s become a nerd in retirement.

Tony Lombardi: [In our previous segment] you described your finest Baltimore memories. What was it like for you to play at M&T Bank Stadium?

Kelly Gregg: There was nothing like it. Being there 9 years, that place, the fans, the way the Colts left, the Ravens, they really cared about us. I used to love pulling in there for just the fans, the way they supported us even through some bad years there. They just supported us. Blue collar, hard-working people there and that’s sort of my background growing up in Oklahoma. I always thought, that’s the way they embraced you. They just wanted you to play hard.

Obviously you wanted to win and everything, [but] they were a great judge of effort. That’s one thing that I always thought. They were going to support us through everything, through thick and thin as long as you played hard. 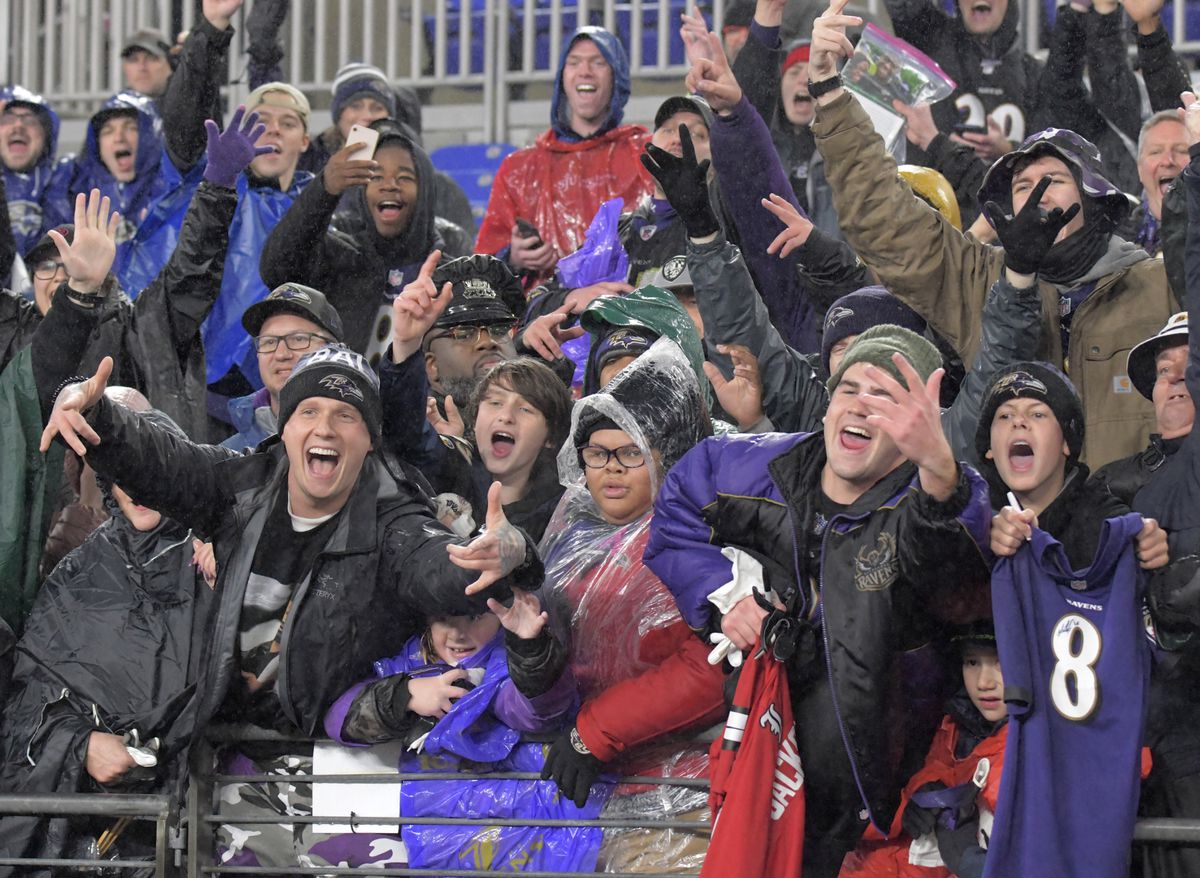 TL: You talk about hard-working people, you lost a hard-working friend and coach, Clarence Brooks who you played for, for a number of years. Any favorite story that comes to mind when you think of CB?

KG: He was the best person. He cared about every guy. He hated guys getting cut or whatever. He’d give you the shirt off his back. It was terrible when he was getting ready to retire [then passed]. CB would coach you hard, expected guys to play well but you know a lot of that time in that business it is all about business. But he cared about every guy that ever sat in that defensive room. And, you could reach out to him and everything.

TL: When you look back on your career, are there any regrets?

KG: No! I wish…I’ve got no regrets. I wish that 2006 when we gave up those five field goals to the Colts, that year I thought that was our year. But I’ve got no regrets. I left everything out there. I don’t miss football, playing or anything like that but I do try to work out every now and then and those were some of the best times.

Guys in the sauna, giving everybody a hard time. I miss the guys and stuff like that. You know all good things must come to an end.

TL: So, what are you doing to stay busy these days?

KG: Ah, you bet. Post football has been great. I always, near the end there, my last year in Kansas City, I was ready for it to be over. I’ve got three little boys and I take them to school, pick them up. They’re all in little league and it’s just great. I’ve got me a farm the last couple of years. I’m a big hunter and I like being outside. I’m heading out there right now. I’ll be in the tree stand tonight. You know – family.

My wife has always supported me. She didn’t care if I was, if I get cut or whatever. I might be a policeman or something like that. She always supported me. She was always the one there. If I came home sore from the game, she was always there by my side. We’re just taking it easy now. We’re enjoying life, watching these kids grow up. We make it back to Baltimore once or twice to see a game. I enjoy that.

I’m big into fantasy football. I’m always playing the Ravens defense. I enjoy that. That’s about it. I have one rule – Rex used to tell us, “Keep it simple stupid”, so I just keep it simple.

TL: You have a radio show there in Oklahoma City…

KG: Yes, I was doing it every day for two years, 12-3PM, but I wanted to mix it up so I went to the morning show. And then I finally said I was missing my farm too much and I was tired of talking about basketball. You know, talking about the two-man weave drill or something like that. Now I just do an hour. On Thursdays, it’s called “The Franchise” here in Oklahoma City on 107.7. I do a football show. And then I do pregame and postgame for the Oklahoma Sooners on the radio station. We’re their flagship. So I do that and that keeps me busy. But I don’t miss three hours a day sitting in there talking about basketball and stuff like that.

But it was fun. You never know. Maybe eventually when my kids get tired of me – right now we’re having a great time running around. When I get tired I might go back to that to stay busy. But those kids keep me pretty full. But yeah, radio has been fun. It’s always good. Some of these guys get out and do this radio stuff – there’s a couple of guys that played and take themselves so serious. I never took myself serious and that’s why I haven’t spent [a lot of] time with the radio. I never got caught up in [being] a big football player or anything like that. I like to have fun. I might go back eventually.

TL: And that perspective is in part my Ravens fans have always embraced Buddy Lee. Tell us something that might surprise your fans.

KG: I always prided myself on “what you see is what you get”. I’ve got nothing dark or anything like that. I love relaxing. Drinking a few beers here and there. I think people know that I love to fish and hunt. That’s about it. I’m pretty simple.

TL: Now I’m sure that most out there would be surprised that you play fantasy football.

KG: I’m a nerd man! I’m in five leagues. A couple of them, you know, are big money. A big time entry fee. I love it. That’s one thing, I never wanted to be a coach or anything like that. And I thought if I was ever going to be in football, maybe scouting or something like that would be interesting to me. Maybe personnel. I always thought that that was great. I always [believed] that sometimes scouts and general managers would just turn away because I wasn’t the right size, you know what I’m saying? I always thought, “Hey, I’ll fight you tooth and nail”. And I always thought that I could be a guy who looks at guys and figure out if a guy can bend his knees and hips and everything like that. I sort of consider myself sort of a general manager of fantasy football.

I love trying to find guys, waiver wires or good matchups for guys. That’s one thing, every Sunday morning I’m always scouring – my wife says, “You’re always on your phone”, but I’m scouring waiver wires. My wife calls me a big nerd and I love it. I love being a fantasy nerd. One year I was in like seven leagues but I’m down to five this year. I always stayed loyal. I always stayed with the Ravens defense or the Buffalo Bills defense because of Rex.

I first got into it, I just retired, and I was like, “that’s it”. And then a buddy got me into it and I’ve been crazy about it since [I retired].