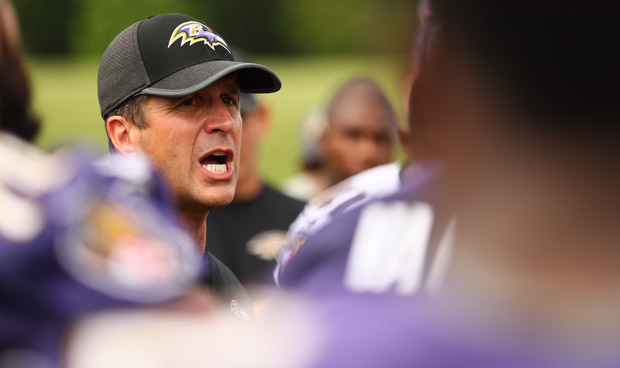 All indications point to the NFL allowing teams to open training camp on July 28.

It will be the first time all of the Ravens will congregate on the same field since the Jan. 11 playoff game against the Titans. A lot of the focus will be on the 10 players the team selected in the 2020 NFL draft, most notably inside linebackers Patrick Queen and Malik Harrison, both of whom are expected to make an immediate impact.

This year’s camp will be unlike any other because of the ongoing challenges with the Covid-19 pandemic. The atmosphere will be all business because there won’t be any interaction with the fans.

On the positive side, the Ravens should have a healthy roster to open camp.

One of the biggest question marks was center Matt Skura, who suffered a season-ending knee injury Week 12 against the Rams. Ravens coach John Harbaugh was so concerned about Skura’s injury that he considered moving Bradley Bozeman from left guard to center, but now it appears that won’t be necessary.

“We’re healthy,” Harbaugh said. “Matt Skura was the biggest injury we had last year, and he looks to me like he’s ahead of schedule. [I’m] really impressed with how hard he’s worked at it, and he really looks good out there. I think it was reported that the workout we did [with] the timing and the conditioning test, he just blew the thing away, so that’s remarkable.”

Cornerback Tavon Young also missed all of last season with a neck injury. It appears he’ll be ready for training camp. A healthy Young will be an even bigger boost to a Ravens’ secondary that already among the best in the NFL.

A third Ravens player that went down with a season-ending injury (triceps) in 2019 was linebacker Pernell McPhee, who was healthy enough to sign a one-year deal in May. McPhee will provide a veteran presence and solid depth to the group of outside linebackers. McPhee was second on the team with three sacks and had 19 tackles before his season was cut short.

“I just have to be me,” McPhee said about last season’s production. “I just have to keep evaluating myself and go out and make more plays for my teammates – just keep putting it on the young guys about watching film and staying connected in the game, and as we go out there on the practice field, visualize the practice as games, because practices are games.”

One player who has a huge upside but is flying under the radar is safety DeShon Elliott, who has struggled with injuries over the past two seasons. Elliott is expected to be ready for camp and he needs to show that he can stay healthy if he wants a future with the team. A pair of talented rookies — Geno Stone and Nigel Warrior — will be fighting hard for his roster spot.

I’ve always been overlooked and been an underdog,” Stone said. “I know what I have to do to be on the field. I just need an opportunity. Getting selected in the NFL Draft is a dream come true. But all I needed was an opportunity to get my foot in the door, and I’m going to show why I should stick and last in the NFL.”