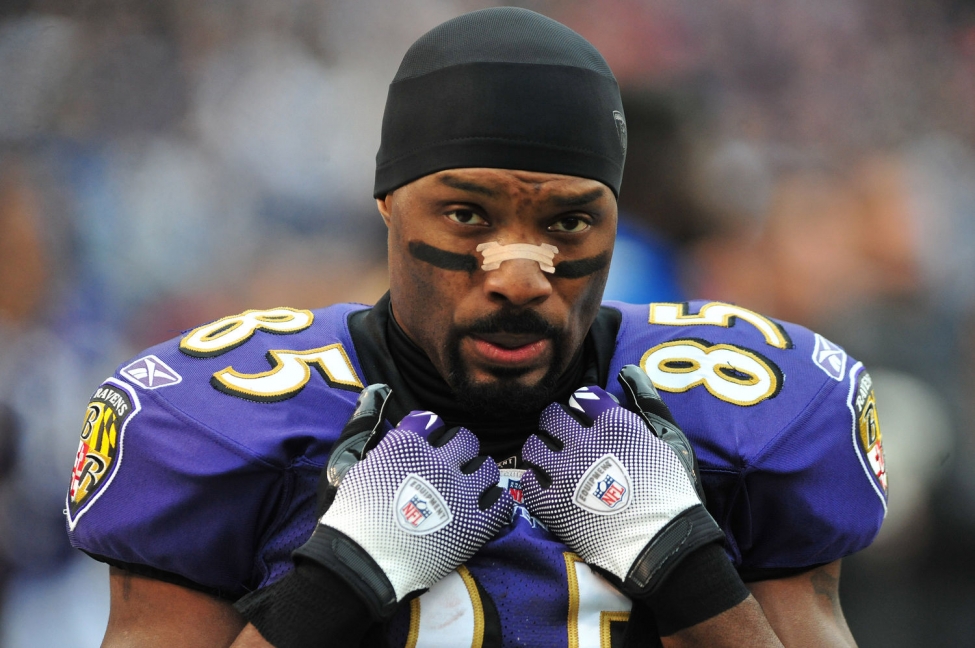 Mason Gets Testy Over Fan Poll

On July 10th the Ravens posted their All-Time team consisting of 25 players as voted on by 8,000 fans. There were a few surprises. Lamar Jackson was the choice at quarterback over Joe Flacco while the team’s record-setting wide receiver, Derrick Mason, was left off the squad.

🤦🏾‍♂️ some people are just so ungrateful. It’s crazy how you can clearly be the best wr in two franchise’s history,but still get no respect. I feel like Rodman and Rodney Dangerfield all rolled in one. #numbersdontlie #ALPHADAWG https://t.co/n2a6Nigz2B

In the RSR poll results posted on May 11, Mason was the second-leading vote-getter among receivers, just behind Anquan Boldin. Mason gathered 4 percentage points more than both Steve Smith, Sr. and Torrey Smith. His place in our poll is deserved.

Mason played with a warrior’s mentality while donning the purple and black. He played hurt. He played with below average quarterbacks. He played like a Raven. Now he’s whining like a petulant child.

Obviously the results of such polls possess a recency bias twist. Lamar doesn’t deserve to be the all-time quarterback (he finished second in our poll) and Mason’s productivity does seem to be under-appreciated. Boldin is a bit of a cult hero given his performances during 2012 postseason while Smith, Sr. was a stronger and more demonstrative personality who has remained in the limelight given his role at NFL Network.

Get over it Mase!

Yesterday the Ravens made it official – no fans at Training Camp 2020. The announcement was hardly a surprise and it inspired some reaction from fans on our social media platforms.

I don’t understand why they keep feeding these disappointing pieces of information, and don’t just cancel the season. There is no way, short of a successful vaccination that they can keep the players and coaches safe from the virus. I’m not expecting to see any football this year. ~ Eric Buckner

I don’t think there will be a season. Or at least 16 games starting on time. ~ Tim Stevens

I’ve heard some say that the players don’t want to play. That would appear to be the voice of a vocal minority consisting of influencing players. If the season is skipped, it will be very costly for some players. Those hovering near roster bubbles could miss out on opportunities to stick around and that could place their respective employment in the league at risk and it could weaken their vesting options. Without a season of TV revenue, it will severely impact the future salary cap and that will trickle down to players seeking wealth through free agency.

And let’s not forget, another year older in the Not For Long club is never a good thing.

If the outspoken players genuinely represent the collective viewpoint of the union, then they really are being fiscally short-sighted.

The Washington (fill in the blank)

The team formerly known as the Redskins reportedly will unveil their new team name soon. Word is that they’ve been weaving their way through roadblocks served up by domain squatters – people who hold web site urls for ransom, anticipating buying inquiries from those in need – in this case the team owned primarily by Dan Snyder.

But that appears to be the least of Snyder’s concerns. We’re hearing that there is a volcanic story ready to blow that might jeopardize Danny Boy’s status in the 32-team rich boys club.

The soon-to-be breaking story, is allegedly boiling atop the desk of the editor at the Washington Post.

I’m on paternity leave and know nothing about anything but this….this is weird pic.twitter.com/JsVzmTyzVF

I can’t help but think back to the day when the Ravens visited the mistake in Landover and a wheel-chaired Art Modell was not allowed easy access into that wretched stadium, per the direction of Snyder.

You reap what you sow…