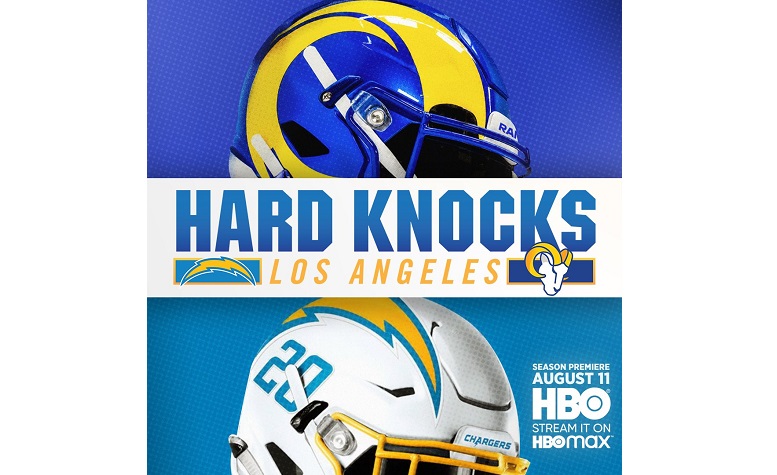 HBO Sports, NFL Films and the two Los Angeles-based NFL franchises are teaming up for an unprecedented and unfiltered all-access look at what it takes to make it in the National Football League when HARD KNOCKS: LOS ANGELES kicks off its five-episode season this summer. One of the fastest-turnaround programs on TV, the 15th edition of the 18-time Sports Emmy®-winning series debuts TUESDAY, AUG. 11 (10:00-11:00 p.m. ET/PT), with other hour-long episodes of the first sports-based reality series debuting subsequent Tuesdays at the same time, culminating in the Sept. 8 season finale.

In an unprecedented programming move, the 2020 edition of the venerable series will spotlight both Los Angeles NFL teams: The Los Angeles Chargers of the AFC West and the Los Angeles Rams of the NFC West. The two franchises are set to share the spectacular new 70,000-seat SoFi stadium that is nearing completion in Inglewood, California.

HARD KNOCKS: LOS ANGELES will be narrated by Liev Schreiber, marking his 14th season with the show.

Which answer below best describes your outlook for Hard Knocks 2020 featuring the Rams and the Chargers?